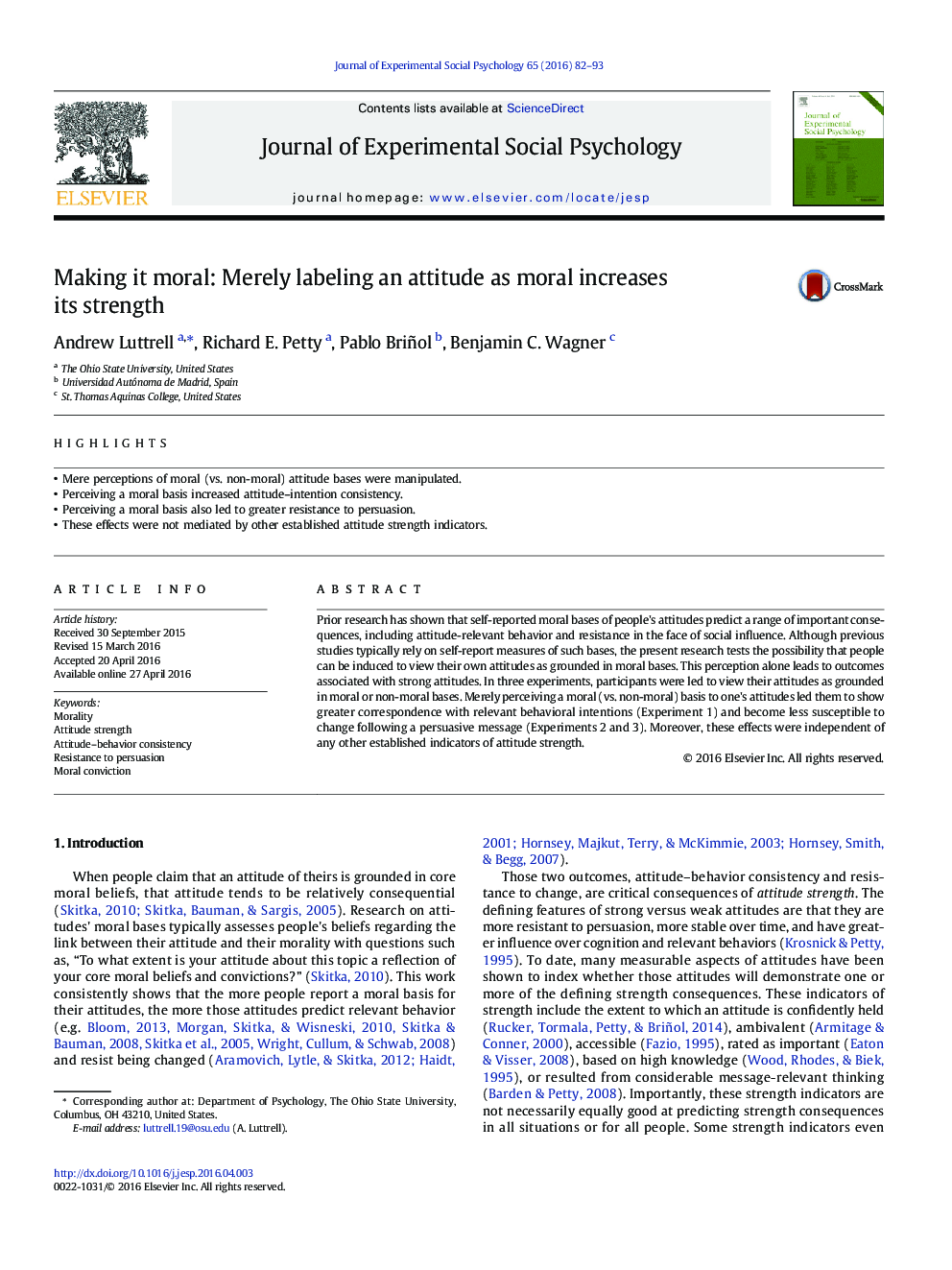 Prior research has shown that self-reported moral bases of people's attitudes predict a range of important consequences, including attitude-relevant behavior and resistance in the face of social influence. Although previous studies typically rely on self-report measures of such bases, the present research tests the possibility that people can be induced to view their own attitudes as grounded in moral bases. This perception alone leads to outcomes associated with strong attitudes. In three experiments, participants were led to view their attitudes as grounded in moral or non-moral bases. Merely perceiving a moral (vs. non-moral) basis to one's attitudes led them to show greater correspondence with relevant behavioral intentions (Experiment 1) and become less susceptible to change following a persuasive message (Experiments 2 and 3). Moreover, these effects were independent of any other established indicators of attitude strength.