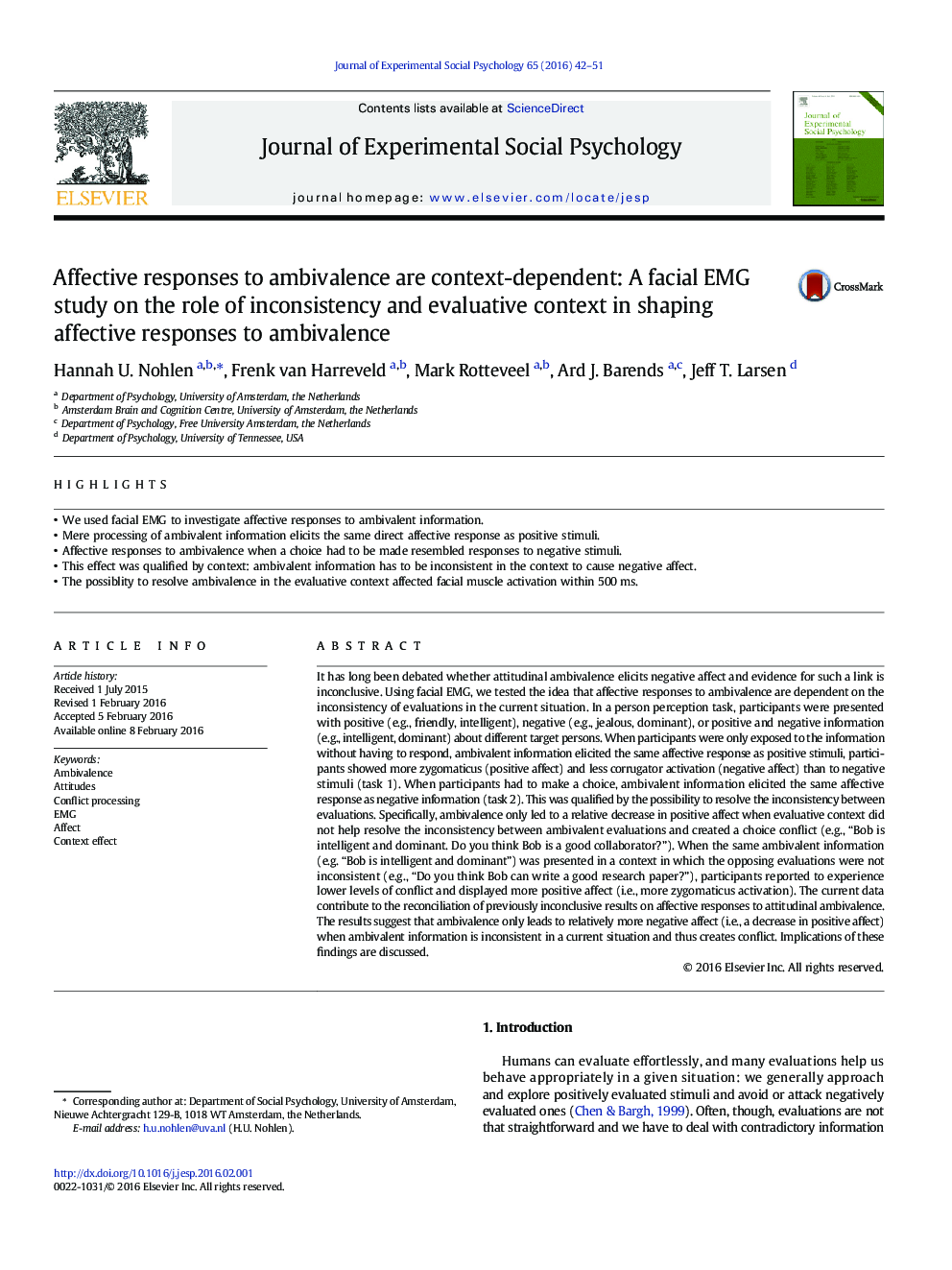 It has long been debated whether attitudinal ambivalence elicits negative affect and evidence for such a link is inconclusive. Using facial EMG, we tested the idea that affective responses to ambivalence are dependent on the inconsistency of evaluations in the current situation. In a person perception task, participants were presented with positive (e.g., friendly, intelligent), negative (e.g., jealous, dominant), or positive and negative information (e.g., intelligent, dominant) about different target persons. When participants were only exposed to the information without having to respond, ambivalent information elicited the same affective response as positive stimuli, participants showed more zygomaticus (positive affect) and less corrugator activation (negative affect) than to negative stimuli (task 1). When participants had to make a choice, ambivalent information elicited the same affective response as negative information (task 2). This was qualified by the possibility to resolve the inconsistency between evaluations. Specifically, ambivalence only led to a relative decrease in positive affect when evaluative context did not help resolve the inconsistency between ambivalent evaluations and created a choice conflict (e.g., “Bob is intelligent and dominant. Do you think Bob is a good collaborator?”). When the same ambivalent information (e.g. “Bob is intelligent and dominant”) was presented in a context in which the opposing evaluations were not inconsistent (e.g., “Do you think Bob can write a good research paper?”), participants reported to experience lower levels of conflict and displayed more positive affect (i.e., more zygomaticus activation). The current data contribute to the reconciliation of previously inconclusive results on affective responses to attitudinal ambivalence. The results suggest that ambivalence only leads to relatively more negative affect (i.e., a decrease in positive affect) when ambivalent information is inconsistent in a current situation and thus creates conflict. Implications of these findings are discussed.