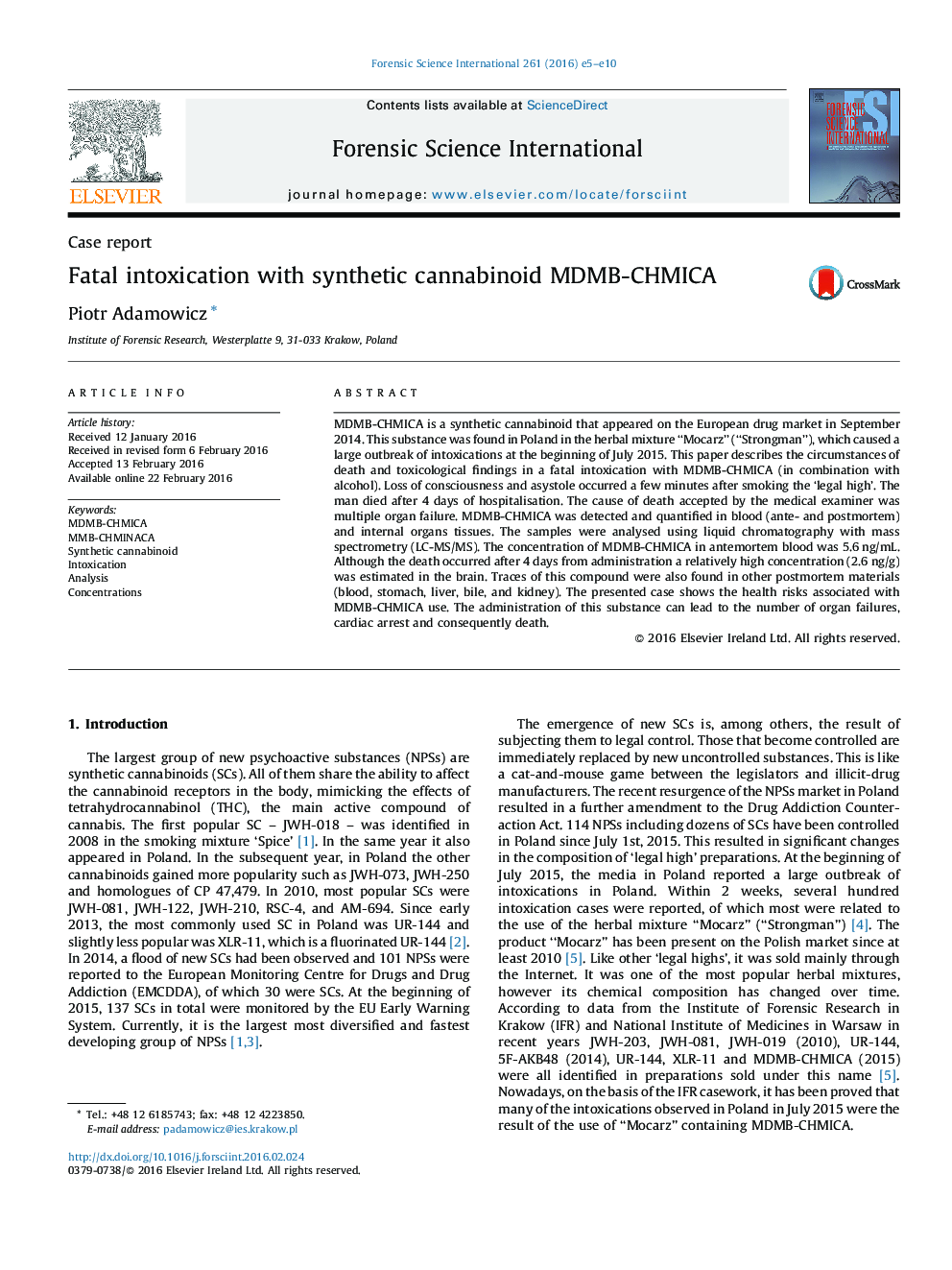 MDMB-CHMICA is a synthetic cannabinoid that appeared on the European drug market in September 2014. This substance was found in Poland in the herbal mixture “Mocarz” (“Strongman”), which caused a large outbreak of intoxications at the beginning of July 2015. This paper describes the circumstances of death and toxicological findings in a fatal intoxication with MDMB-CHMICA (in combination with alcohol). Loss of consciousness and asystole occurred a few minutes after smoking the ‘legal high’. The man died after 4 days of hospitalisation. The cause of death accepted by the medical examiner was multiple organ failure. MDMB-CHMICA was detected and quantified in blood (ante- and postmortem) and internal organs tissues. The samples were analysed using liquid chromatography with mass spectrometry (LC-MS/MS). The concentration of MDMB-CHMICA in antemortem blood was 5.6 ng/mL. Although the death occurred after 4 days from administration a relatively high concentration (2.6 ng/g) was estimated in the brain. Traces of this compound were also found in other postmortem materials (blood, stomach, liver, bile, and kidney). The presented case shows the health risks associated with MDMB-CHMICA use. The administration of this substance can lead to the number of organ failures, cardiac arrest and consequently death.