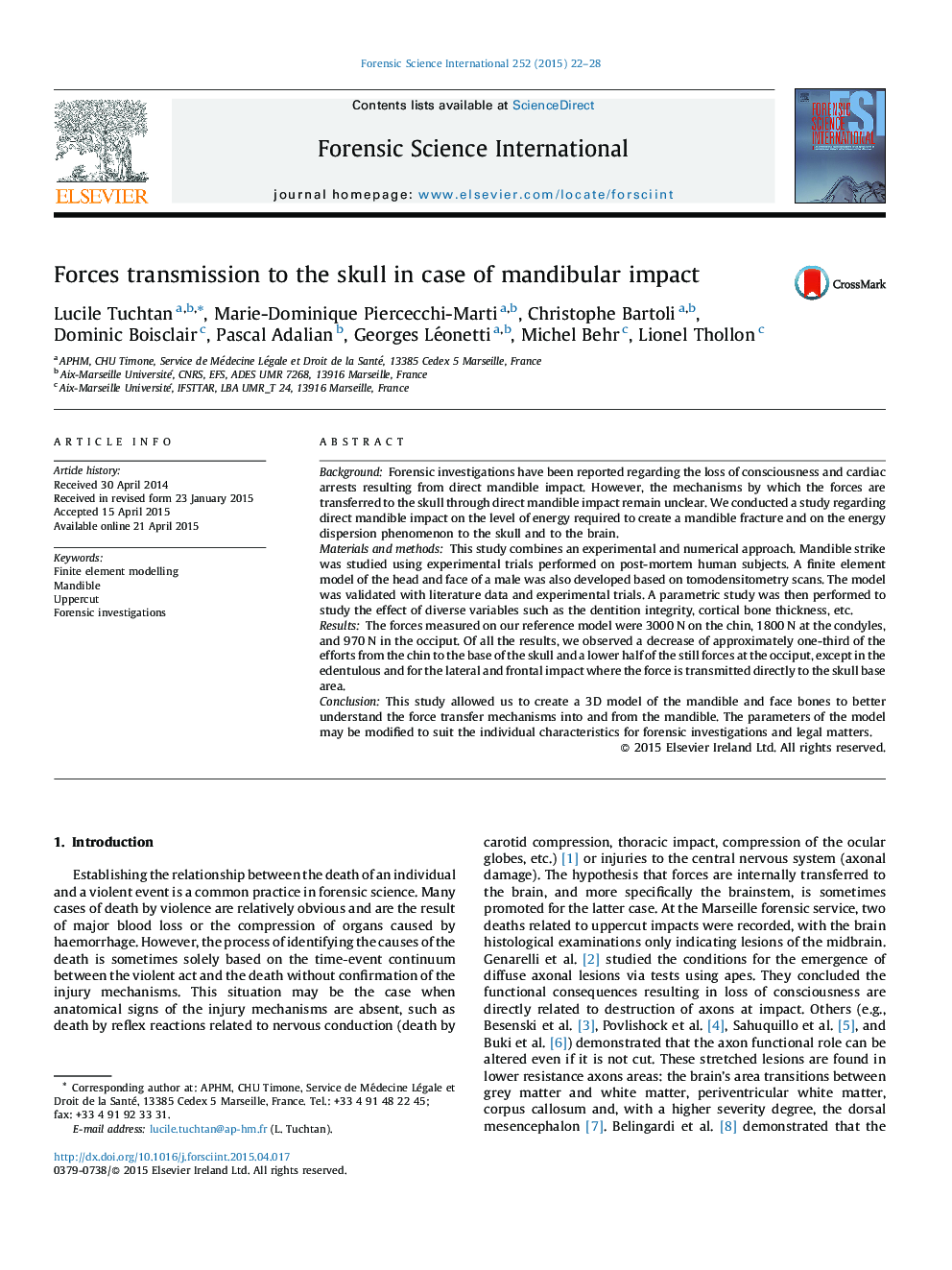 • A heads’ FEM allowed us to identify injuries induced by a mandibular impact.
• During uppercut, decrease of about one-third of efforts chin to the skull base.
• Frontal and lateral strikes transfer forces directly to the skull base and occiput.
• During the uppercut, part of the impact energy reaches to the brainstem.
• FEM parameters may be adapted to individual characteristics.

BackgroundForensic investigations have been reported regarding the loss of consciousness and cardiac arrests resulting from direct mandible impact. However, the mechanisms by which the forces are transferred to the skull through direct mandible impact remain unclear. We conducted a study regarding direct mandible impact on the level of energy required to create a mandible fracture and on the energy dispersion phenomenon to the skull and to the brain.Materials and methodsThis study combines an experimental and numerical approach. Mandible strike was studied using experimental trials performed on post-mortem human subjects. A finite element model of the head and face of a male was also developed based on tomodensitometry scans. The model was validated with literature data and experimental trials. A parametric study was then performed to study the effect of diverse variables such as the dentition integrity, cortical bone thickness, etc.ResultsThe forces measured on our reference model were 3000 N on the chin, 1800 N at the condyles, and 970 N in the occiput. Of all the results, we observed a decrease of approximately one-third of the efforts from the chin to the base of the skull and a lower half of the still forces at the occiput, except in the edentulous and for the lateral and frontal impact where the force is transmitted directly to the skull base area.ConclusionThis study allowed us to create a 3D model of the mandible and face bones to better understand the force transfer mechanisms into and from the mandible. The parameters of the model may be modified to suit the individual characteristics for forensic investigations and legal matters.