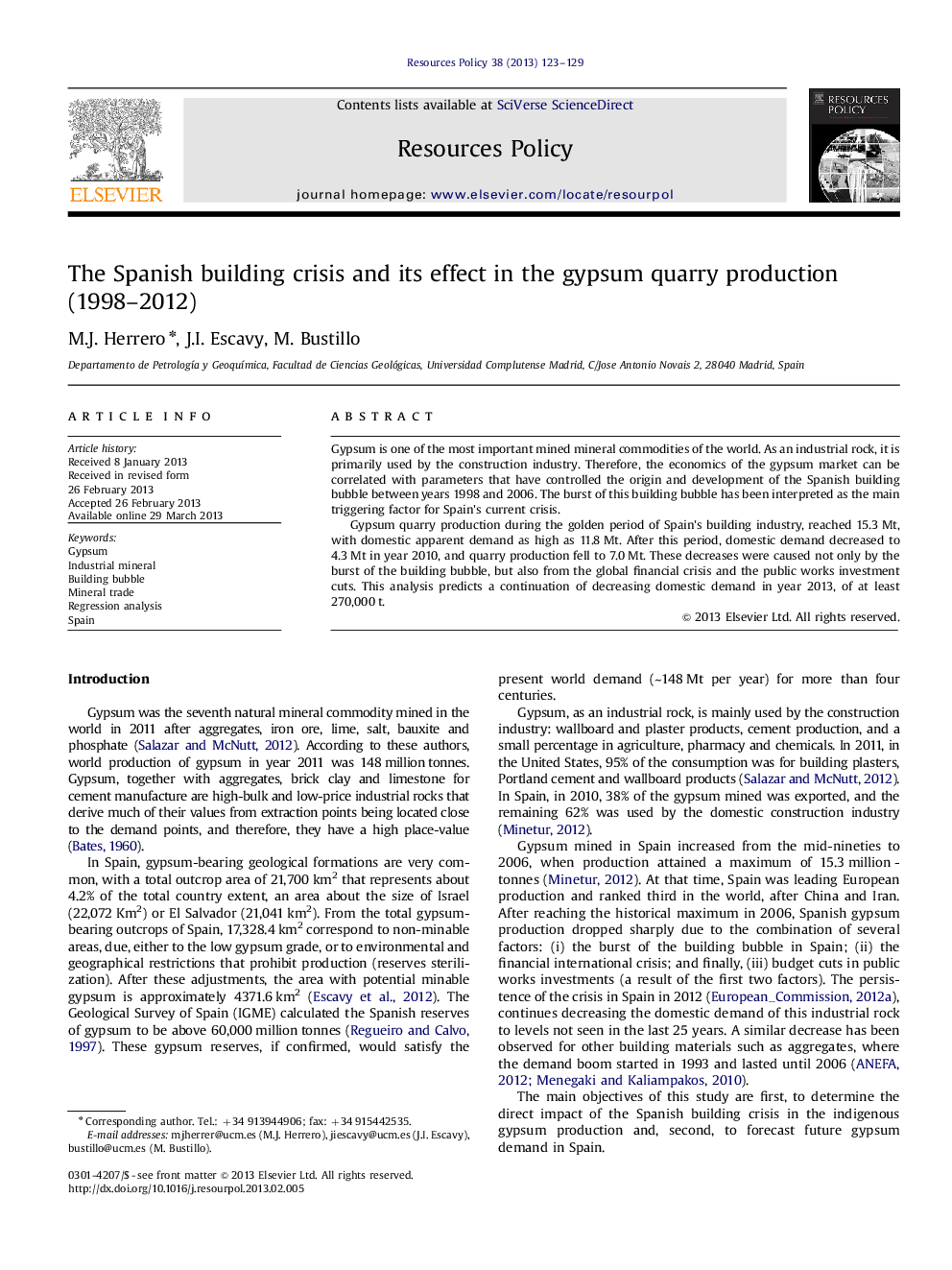 Gypsum is one of the most important mined mineral commodities of the world. As an industrial rock, it is primarily used by the construction industry. Therefore, the economics of the gypsum market can be correlated with parameters that have controlled the origin and development of the Spanish building bubble between years 1998 and 2006. The burst of this building bubble has been interpreted as the main triggering factor for Spain's current crisis.Gypsum quarry production during the golden period of Spain's building industry, reached 15.3 Mt, with domestic apparent demand as high as 11.8 Mt. After this period, domestic demand decreased to 4.3 Mt in year 2010, and quarry production fell to 7.0 Mt. These decreases were caused not only by the burst of the building bubble, but also from the global financial crisis and the public works investment cuts. This analysis predicts a continuation of decreasing domestic demand in year 2013, of at least 270,000 t.