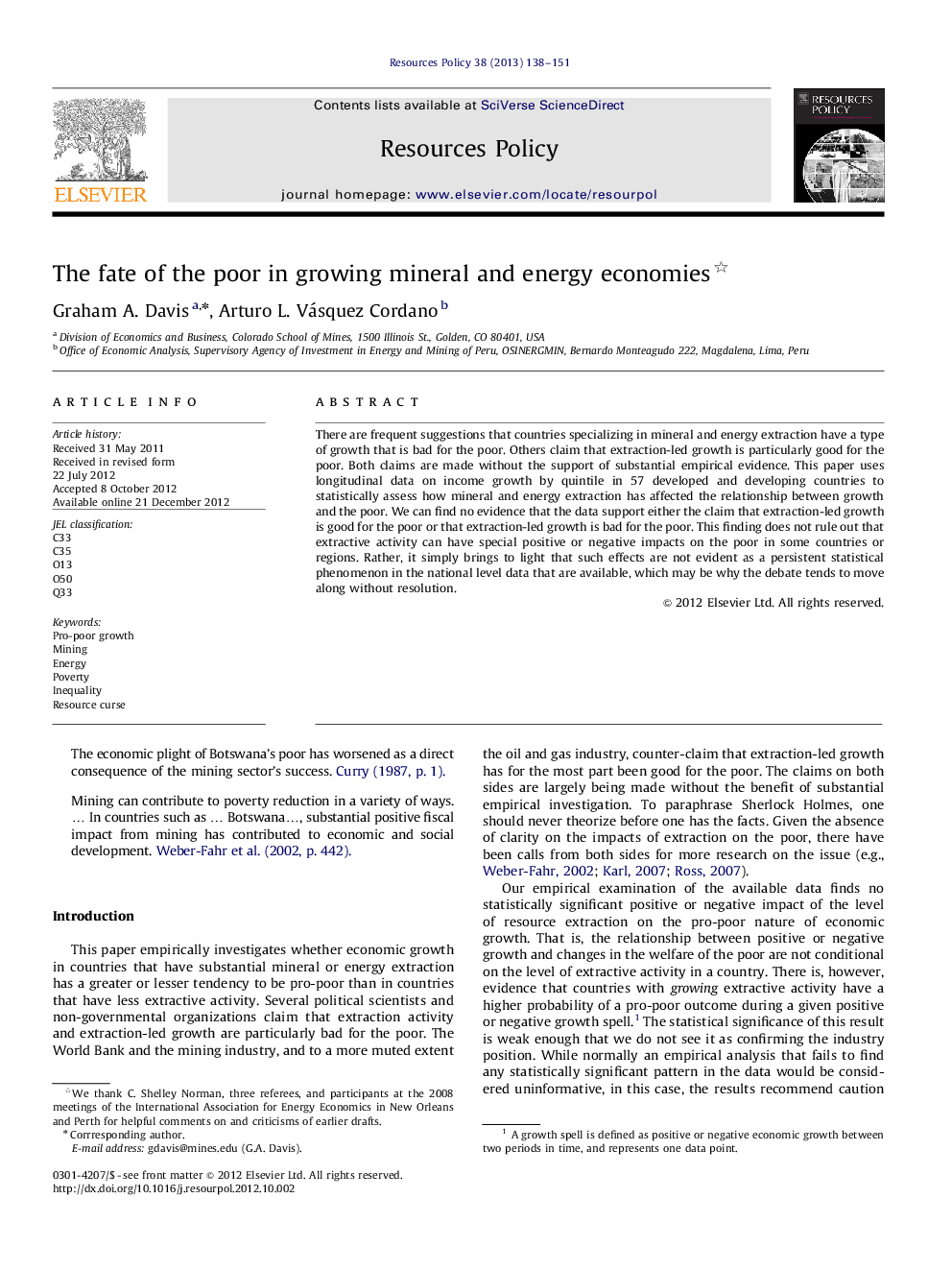 ► We examine the plight of the poor in growing mineral and energy economies.
► We define pro-poor growth as both decreasing poverty and decreasing income inequality.
► We use a panel data approach over 57 developed and developing countries.
► There is no evidence that the fate of the poor is unusual in growing mineral and energy economies.
► This contradicts the received wisdom that extractive activity is pro-poor or anti-poor.