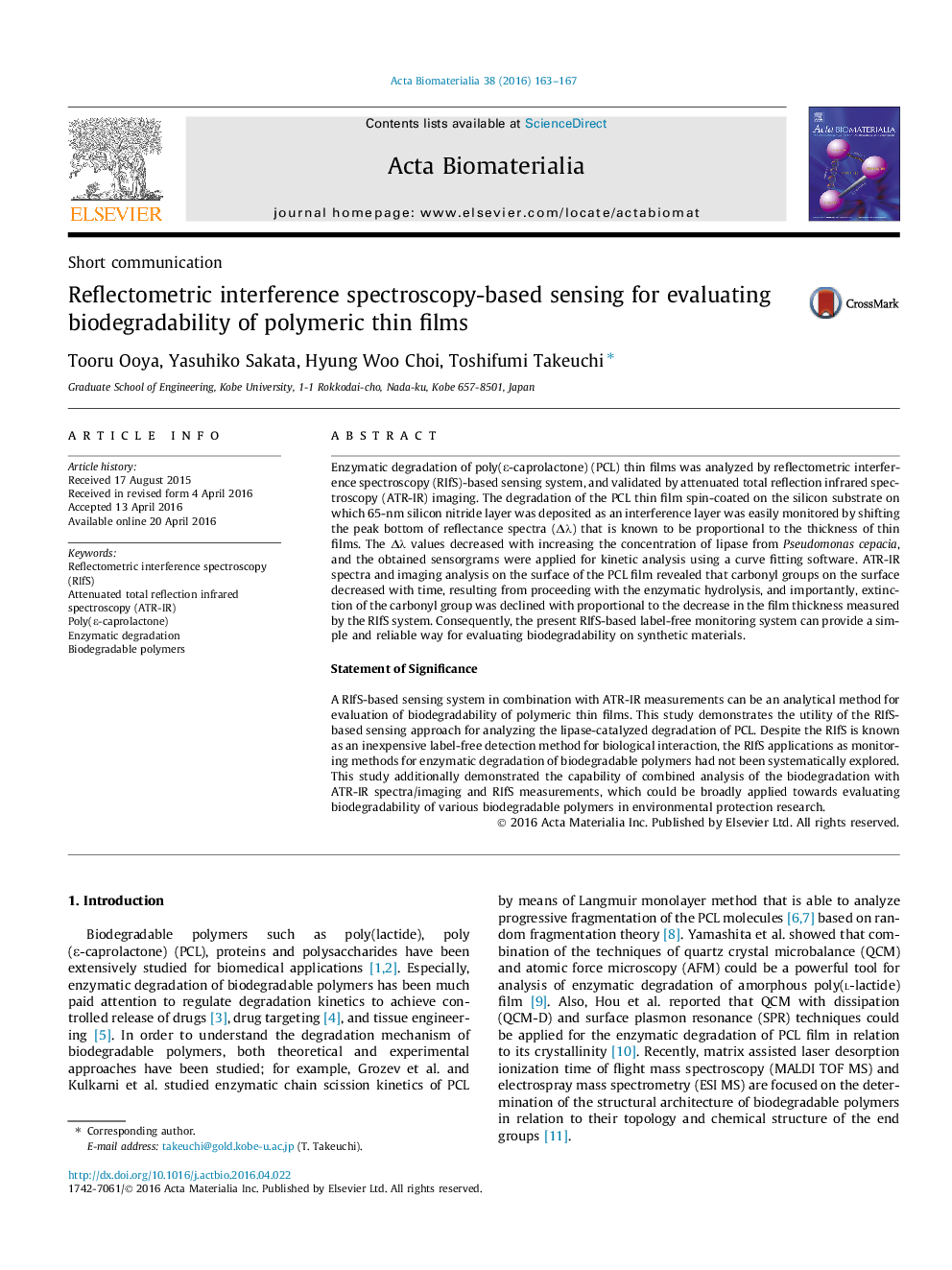 Enzymatic degradation of poly(ε-caprolactone) (PCL) thin films was analyzed by reflectometric interference spectroscopy (RIfS)-based sensing system, and validated by attenuated total reflection infrared spectroscopy (ATR-IR) imaging. The degradation of the PCL thin film spin-coated on the silicon substrate on which 65-nm silicon nitride layer was deposited as an interference layer was easily monitored by shifting the peak bottom of reflectance spectra (Δλ) that is known to be proportional to the thickness of thin films. The Δλ values decreased with increasing the concentration of lipase from Pseudomonas cepacia, and the obtained sensorgrams were applied for kinetic analysis using a curve fitting software. ATR-IR spectra and imaging analysis on the surface of the PCL film revealed that carbonyl groups on the surface decreased with time, resulting from proceeding with the enzymatic hydrolysis, and importantly, extinction of the carbonyl group was declined with proportional to the decrease in the film thickness measured by the RIfS system. Consequently, the present RIfS-based label-free monitoring system can provide a simple and reliable way for evaluating biodegradability on synthetic materials.Statement of SignificanceA RIfS-based sensing system in combination with ATR-IR measurements can be an analytical method for evaluation of biodegradability of polymeric thin films. This study demonstrates the utility of the RIfS-based sensing approach for analyzing the lipase-catalyzed degradation of PCL. Despite the RIfS is known as an inexpensive label-free detection method for biological interaction, the RIfS applications as monitoring methods for enzymatic degradation of biodegradable polymers had not been systematically explored. This study additionally demonstrated the capability of combined analysis of the biodegradation with ATR-IR spectra/imaging and RIfS measurements, which could be broadly applied towards evaluating biodegradability of various biodegradable polymers in environmental protection research.