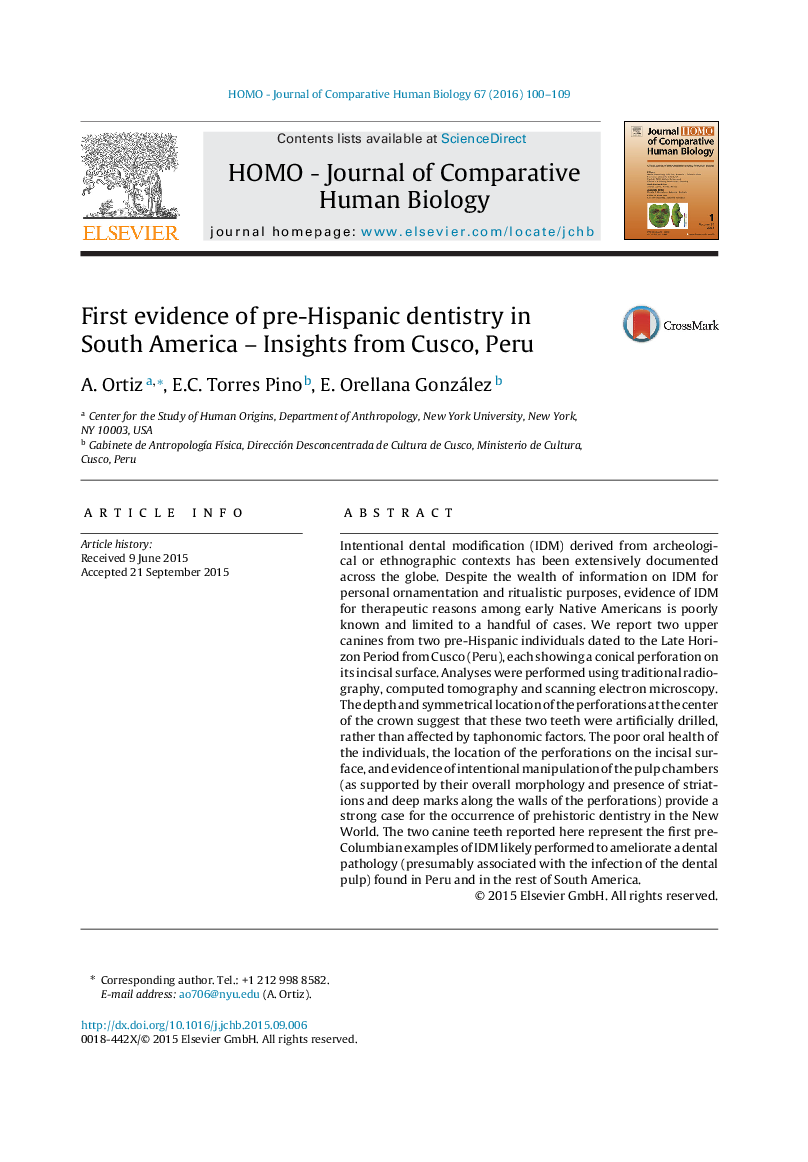 Intentional dental modification (IDM) derived from archeological or ethnographic contexts has been extensively documented across the globe. Despite the wealth of information on IDM for personal ornamentation and ritualistic purposes, evidence of IDM for therapeutic reasons among early Native Americans is poorly known and limited to a handful of cases. We report two upper canines from two pre-Hispanic individuals dated to the Late Horizon Period from Cusco (Peru), each showing a conical perforation on its incisal surface. Analyses were performed using traditional radiography, computed tomography and scanning electron microscopy. The depth and symmetrical location of the perforations at the center of the crown suggest that these two teeth were artificially drilled, rather than affected by taphonomic factors. The poor oral health of the individuals, the location of the perforations on the incisal surface, and evidence of intentional manipulation of the pulp chambers (as supported by their overall morphology and presence of striations and deep marks along the walls of the perforations) provide a strong case for the occurrence of prehistoric dentistry in the New World. The two canine teeth reported here represent the first pre-Columbian examples of IDM likely performed to ameliorate a dental pathology (presumably associated with the infection of the dental pulp) found in Peru and in the rest of South America.