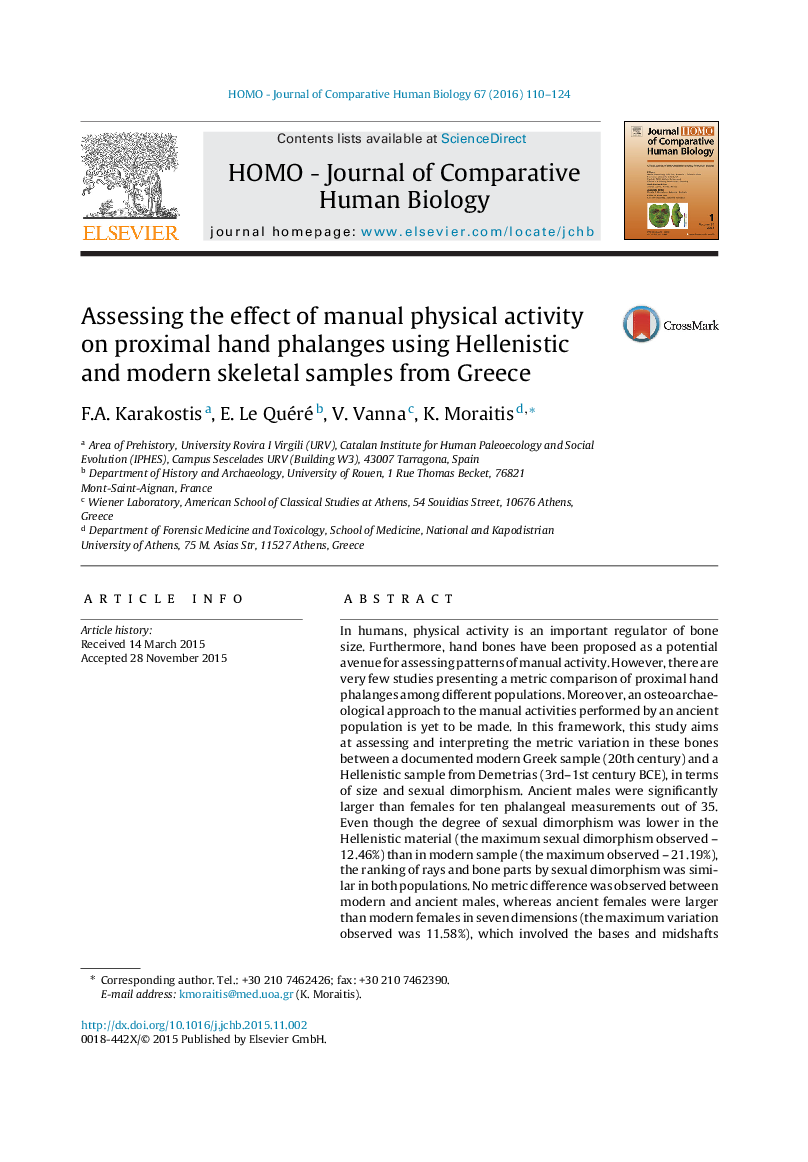 In humans, physical activity is an important regulator of bone size. Furthermore, hand bones have been proposed as a potential avenue for assessing patterns of manual activity. However, there are very few studies presenting a metric comparison of proximal hand phalanges among different populations. Moreover, an osteoarchaeological approach to the manual activities performed by an ancient population is yet to be made. In this framework, this study aims at assessing and interpreting the metric variation in these bones between a documented modern Greek sample (20th century) and a Hellenistic sample from Demetrias (3rd–1st century BCE), in terms of size and sexual dimorphism. Ancient males were significantly larger than females for ten phalangeal measurements out of 35. Even though the degree of sexual dimorphism was lower in the Hellenistic material (the maximum sexual dimorphism observed – 12.46%) than in modern sample (the maximum observed – 21.19%), the ranking of rays and bone parts by sexual dimorphism was similar in both populations. No metric difference was observed between modern and ancient males, whereas ancient females were larger than modern females in seven dimensions (the maximum variation observed was 11.58%), which involved the bases and midshafts of phalanges. Given that these dimensions are affected by the degree of muscular recruitment for the formation of various hand grips, it is suggested that ancient females were involved in manual activities of greater grasping variance than modern females. Indeed, the historical and archaeological sources suggest that sexual distribution of labour in the Hellenistic society seems to explain the differences estimated between the sexes and the two populations under study.