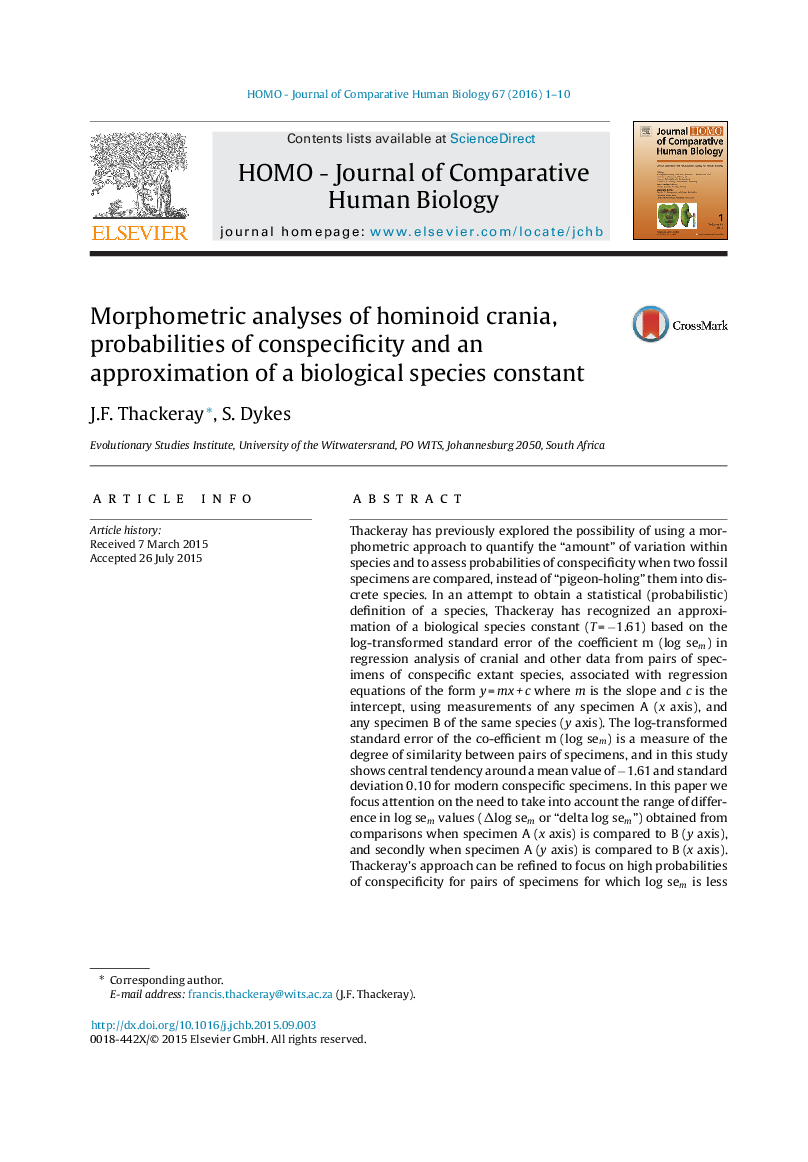 Thackeray has previously explored the possibility of using a morphometric approach to quantify the “amount” of variation within species and to assess probabilities of conspecificity when two fossil specimens are compared, instead of “pigeon-holing” them into discrete species. In an attempt to obtain a statistical (probabilistic) definition of a species, Thackeray has recognized an approximation of a biological species constant (T = −1.61) based on the log-transformed standard error of the coefficient m (log sem) in regression analysis of cranial and other data from pairs of specimens of conspecific extant species, associated with regression equations of the form y = mx + c where m is the slope and c is the intercept, using measurements of any specimen A (x axis), and any specimen B of the same species (y axis). The log-transformed standard error of the co-efficient m (log sem) is a measure of the degree of similarity between pairs of specimens, and in this study shows central tendency around a mean value of −1.61 and standard deviation 0.10 for modern conspecific specimens. In this paper we focus attention on the need to take into account the range of difference in log sem values (Δlog sem or “delta log sem”) obtained from comparisons when specimen A (x axis) is compared to B (y axis), and secondly when specimen A (y axis) is compared to B (x axis). Thackeray's approach can be refined to focus on high probabilities of conspecificity for pairs of specimens for which log sem is less than −1.61 and for which Δlog sem is less than 0.03. We appeal for the adoption of a concept here called “sigma taxonomy” (as opposed to “alpha taxonomy”), recognizing that boundaries between species are not always well defined.