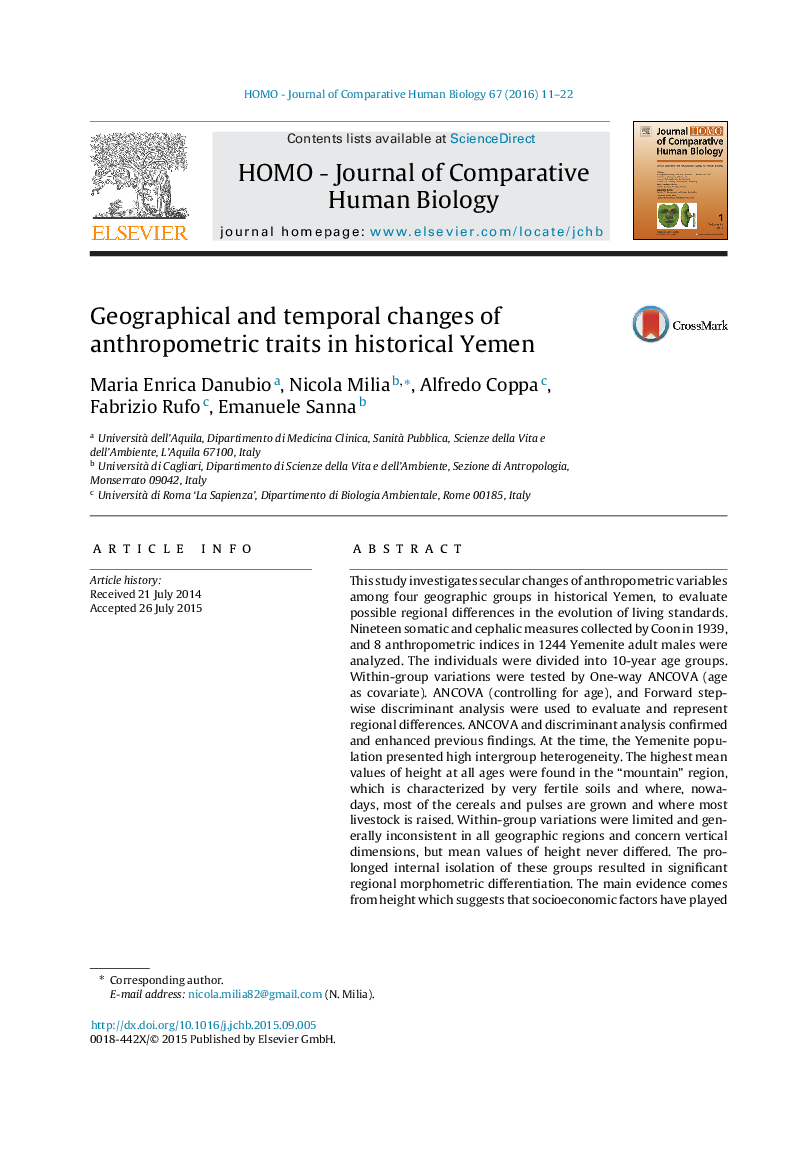 This study investigates secular changes of anthropometric variables among four geographic groups in historical Yemen, to evaluate possible regional differences in the evolution of living standards. Nineteen somatic and cephalic measures collected by Coon in 1939, and 8 anthropometric indices in 1244 Yemenite adult males were analyzed. The individuals were divided into 10-year age groups. Within-group variations were tested by One-way ANCOVA (age as covariate). ANCOVA (controlling for age), and Forward stepwise discriminant analysis were used to evaluate and represent regional differences. ANCOVA and discriminant analysis confirmed and enhanced previous findings. At the time, the Yemenite population presented high intergroup heterogeneity. The highest mean values of height at all ages were found in the “mountain” region, which is characterized by very fertile soils and where, nowadays, most of the cereals and pulses are grown and where most livestock is raised. Within-group variations were limited and generally inconsistent in all geographic regions and concern vertical dimensions, but mean values of height never differed. The prolonged internal isolation of these groups resulted in significant regional morphometric differentiation. The main evidence comes from height which suggests that socioeconomic factors have played a role. Nevertheless, the possible better living conditions experienced by the “mountain” group, with the highest mean values of stature in all periods, did not allow the secular trend to take place in that region, too.