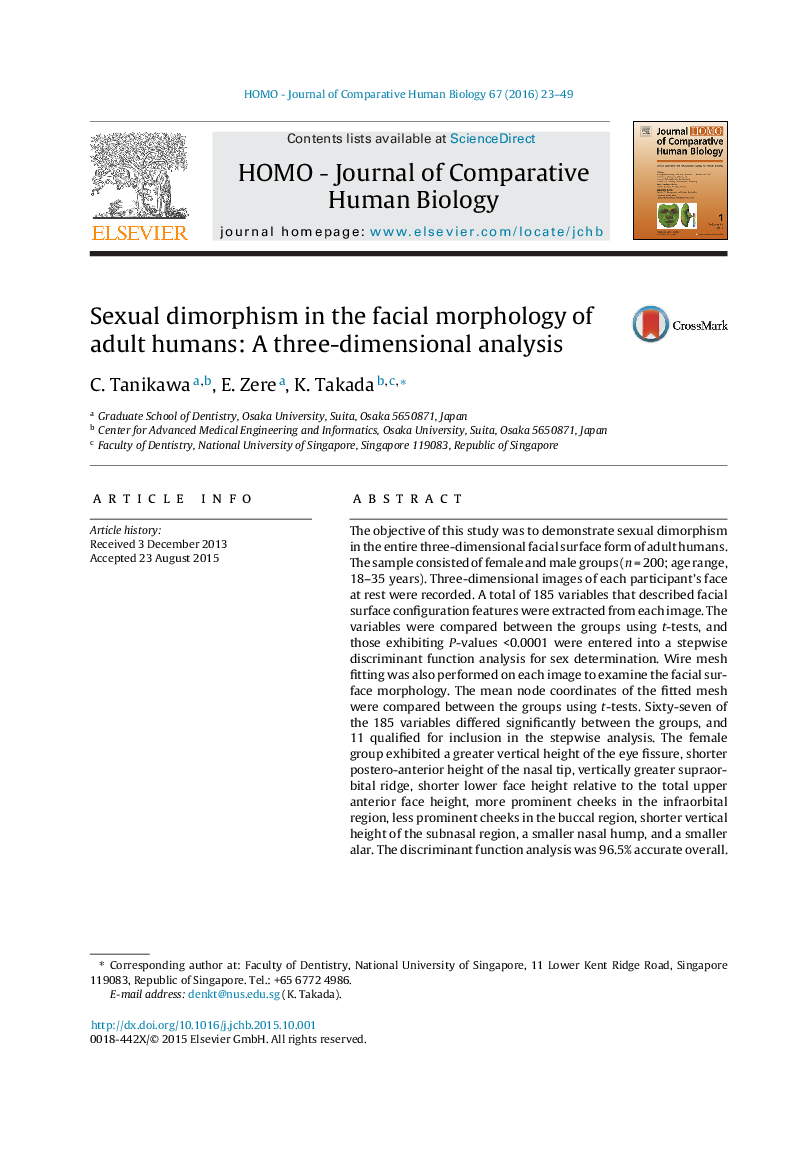 The objective of this study was to demonstrate sexual dimorphism in the entire three-dimensional facial surface form of adult humans. The sample consisted of female and male groups (n = 200; age range, 18–35 years). Three-dimensional images of each participant's face at rest were recorded. A total of 185 variables that described facial surface configuration features were extracted from each image. The variables were compared between the groups using t-tests, and those exhibiting P-values <0.0001 were entered into a stepwise discriminant function analysis for sex determination. Wire mesh fitting was also performed on each image to examine the facial surface morphology. The mean node coordinates of the fitted mesh were compared between the groups using t-tests. Sixty-seven of the 185 variables differed significantly between the groups, and 11 qualified for inclusion in the stepwise analysis. The female group exhibited a greater vertical height of the eye fissure, shorter postero-anterior height of the nasal tip, vertically greater supraorbital ridge, shorter lower face height relative to the total upper anterior face height, more prominent cheeks in the infraorbital region, less prominent cheeks in the buccal region, shorter vertical height of the subnasal region, a smaller nasal hump, and a smaller alar. The discriminant function analysis was 96.5% accurate overall. The wire mesh fitting results showed that the eyes, forehead, and chin were in vertically higher positions in the female group than in the male group. The cheeks and nose were more protuberant in the female group and male group, respectively.