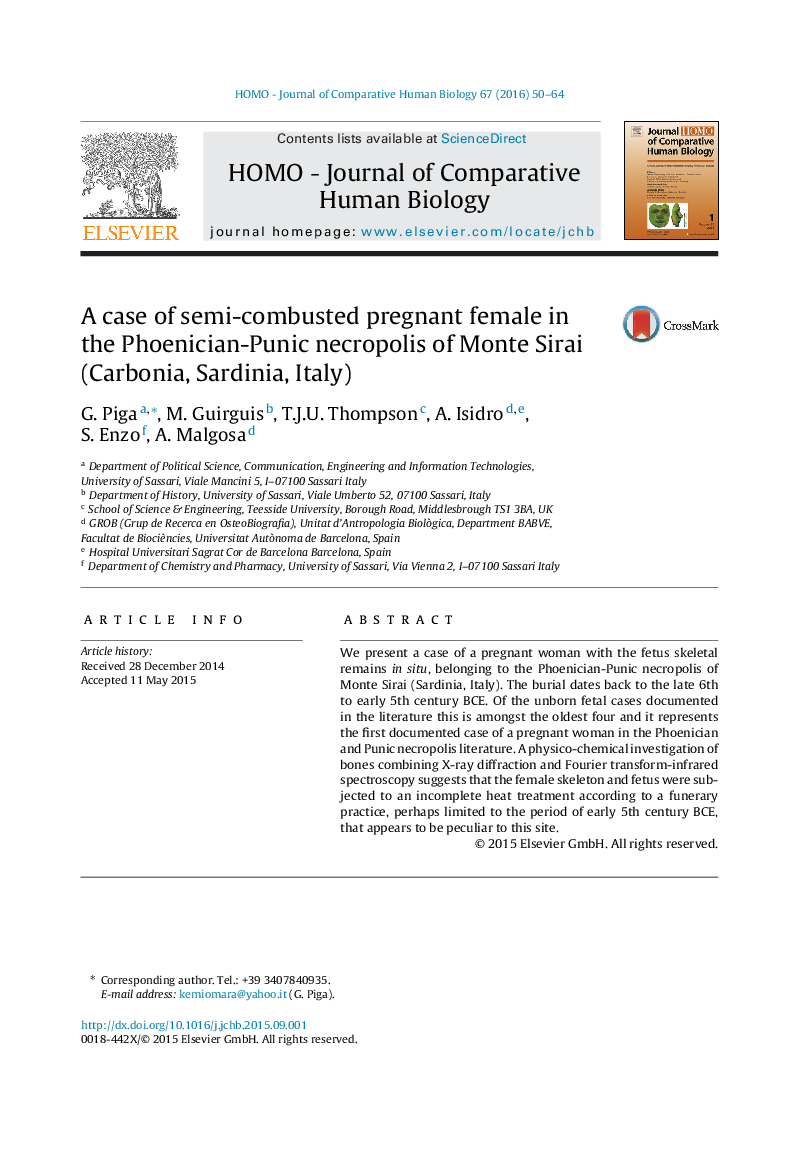 We present a case of a pregnant woman with the fetus skeletal remains in situ, belonging to the Phoenician-Punic necropolis of Monte Sirai (Sardinia, Italy). The burial dates back to the late 6th to early 5th century BCE. Of the unborn fetal cases documented in the literature this is amongst the oldest four and it represents the first documented case of a pregnant woman in the Phoenician and Punic necropolis literature. A physico-chemical investigation of bones combining X-ray diffraction and Fourier transform-infrared spectroscopy suggests that the female skeleton and fetus were subjected to an incomplete heat treatment according to a funerary practice, perhaps limited to the period of early 5th century BCE, that appears to be peculiar to this site.