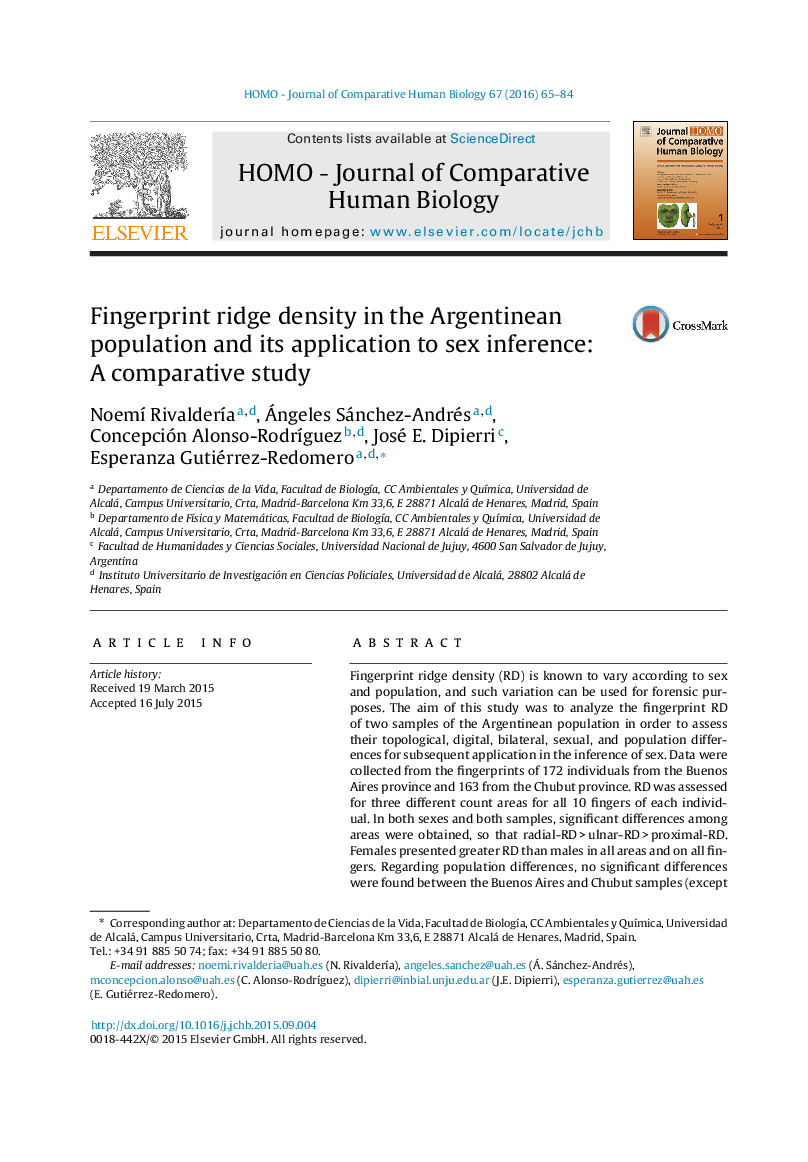 Fingerprint ridge density (RD) is known to vary according to sex and population, and such variation can be used for forensic purposes. The aim of this study was to analyze the fingerprint RD of two samples of the Argentinean population in order to assess their topological, digital, bilateral, sexual, and population differences for subsequent application in the inference of sex. Data were collected from the fingerprints of 172 individuals from the Buenos Aires province and 163 from the Chubut province. RD was assessed for three different count areas for all 10 fingers of each individual. In both sexes and both samples, significant differences among areas were obtained, so that radial-RD > ulnar-RD > proximal-RD. Females presented greater RD than males in all areas and on all fingers. Regarding population differences, no significant differences were found between the Buenos Aires and Chubut samples (except for proximal RD in males). However, both samples showed RD significantly different from that of the Jujuy province. The application of Bayes’ theorem allowed for the identification of an RD threshold for discrimination of sexes in these Argentinean samples.In conclusion females consistently exhibit narrower epidermal ridges than males, which may evidence a universal pattern of sexual dimorphism in this trait that can be useful in forensics in the identification of individuals.