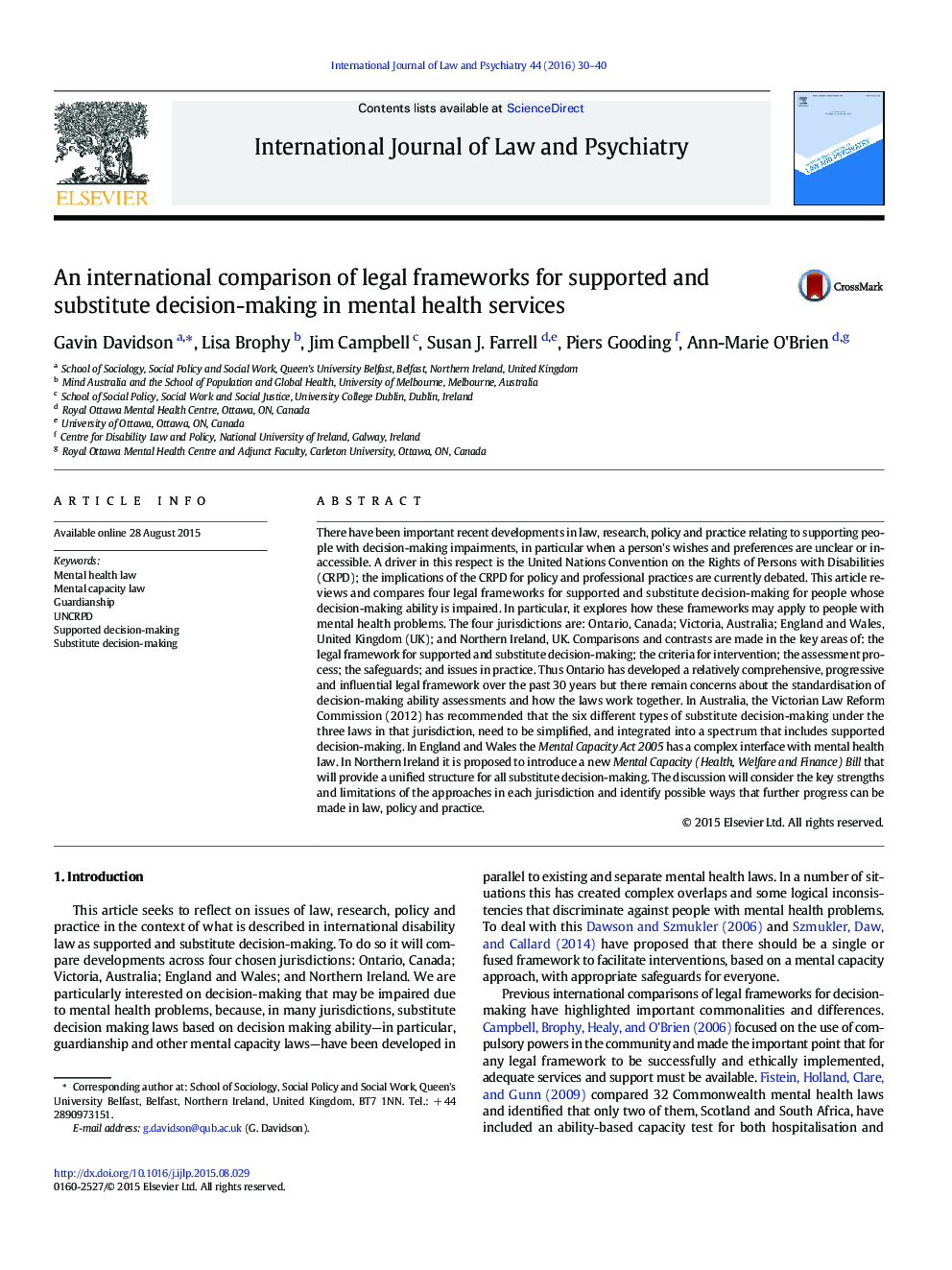 There have been important recent developments in law, research, policy and practice relating to supporting people with decision-making impairments, in particular when a person's wishes and preferences are unclear or inaccessible. A driver in this respect is the United Nations Convention on the Rights of Persons with Disabilities (CRPD); the implications of the CRPD for policy and professional practices are currently debated. This article reviews and compares four legal frameworks for supported and substitute decision-making for people whose decision-making ability is impaired. In particular, it explores how these frameworks may apply to people with mental health problems. The four jurisdictions are: Ontario, Canada; Victoria, Australia; England and Wales, United Kingdom (UK); and Northern Ireland, UK. Comparisons and contrasts are made in the key areas of: the legal framework for supported and substitute decision-making; the criteria for intervention; the assessment process; the safeguards; and issues in practice. Thus Ontario has developed a relatively comprehensive, progressive and influential legal framework over the past 30 years but there remain concerns about the standardisation of decision-making ability assessments and how the laws work together. In Australia, the Victorian Law Reform Commission (2012) has recommended that the six different types of substitute decision-making under the three laws in that jurisdiction, need to be simplified, and integrated into a spectrum that includes supported decision-making. In England and Wales the Mental Capacity Act 2005 has a complex interface with mental health law. In Northern Ireland it is proposed to introduce a new Mental Capacity (Health, Welfare and Finance) Bill that will provide a unified structure for all substitute decision-making. The discussion will consider the key strengths and limitations of the approaches in each jurisdiction and identify possible ways that further progress can be made in law, policy and practice.