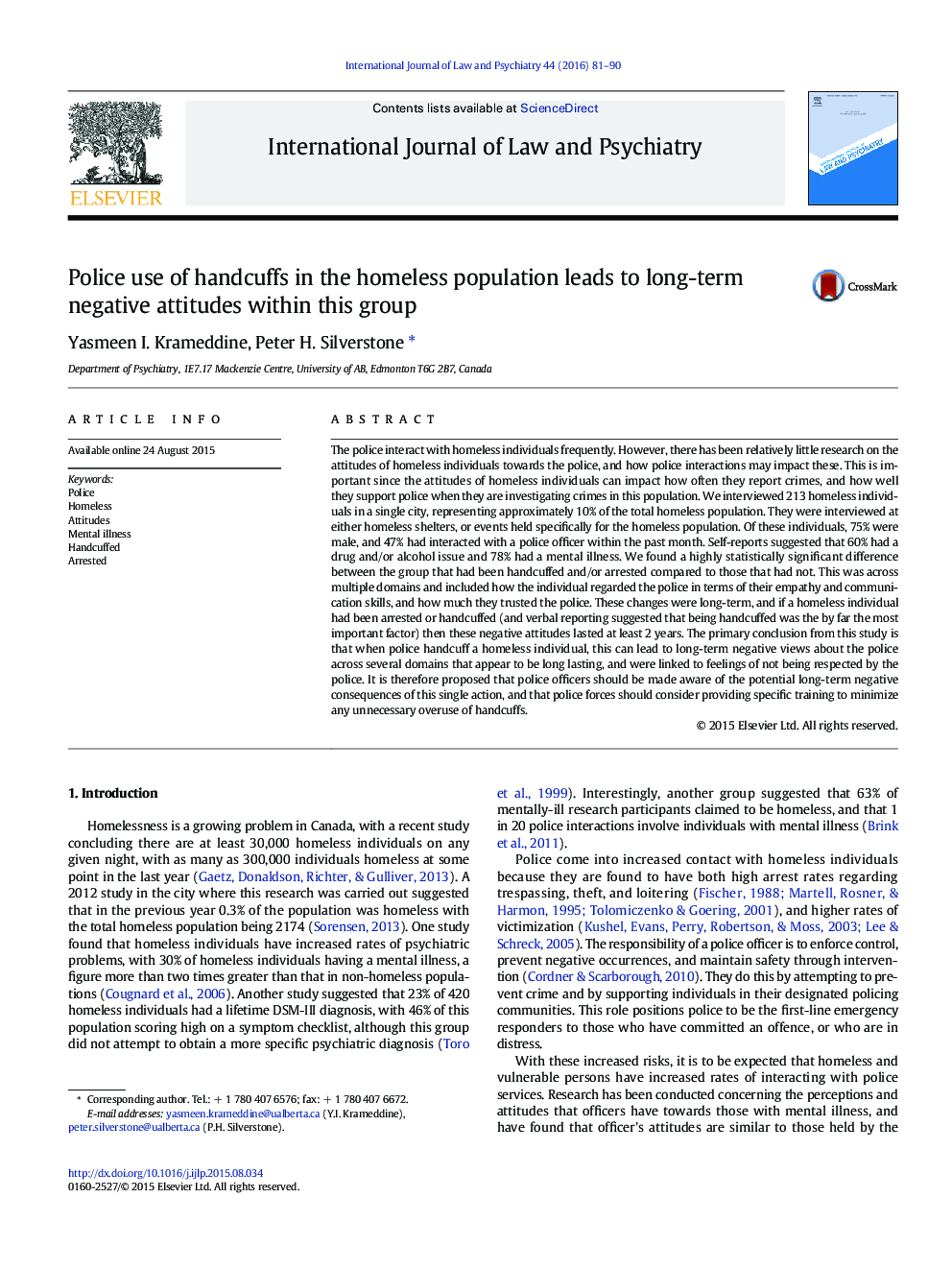 The police interact with homeless individuals frequently. However, there has been relatively little research on the attitudes of homeless individuals towards the police, and how police interactions may impact these. This is important since the attitudes of homeless individuals can impact how often they report crimes, and how well they support police when they are investigating crimes in this population. We interviewed 213 homeless individuals in a single city, representing approximately 10% of the total homeless population. They were interviewed at either homeless shelters, or events held specifically for the homeless population. Of these individuals, 75% were male, and 47% had interacted with a police officer within the past month. Self-reports suggested that 60% had a drug and/or alcohol issue and 78% had a mental illness. We found a highly statistically significant difference between the group that had been handcuffed and/or arrested compared to those that had not. This was across multiple domains and included how the individual regarded the police in terms of their empathy and communication skills, and how much they trusted the police. These changes were long-term, and if a homeless individual had been arrested or handcuffed (and verbal reporting suggested that being handcuffed was the by far the most important factor) then these negative attitudes lasted at least 2 years. The primary conclusion from this study is that when police handcuff a homeless individual, this can lead to long-term negative views about the police across several domains that appear to be long lasting, and were linked to feelings of not being respected by the police. It is therefore proposed that police officers should be made aware of the potential long-term negative consequences of this single action, and that police forces should consider providing specific training to minimize any unnecessary overuse of handcuffs.