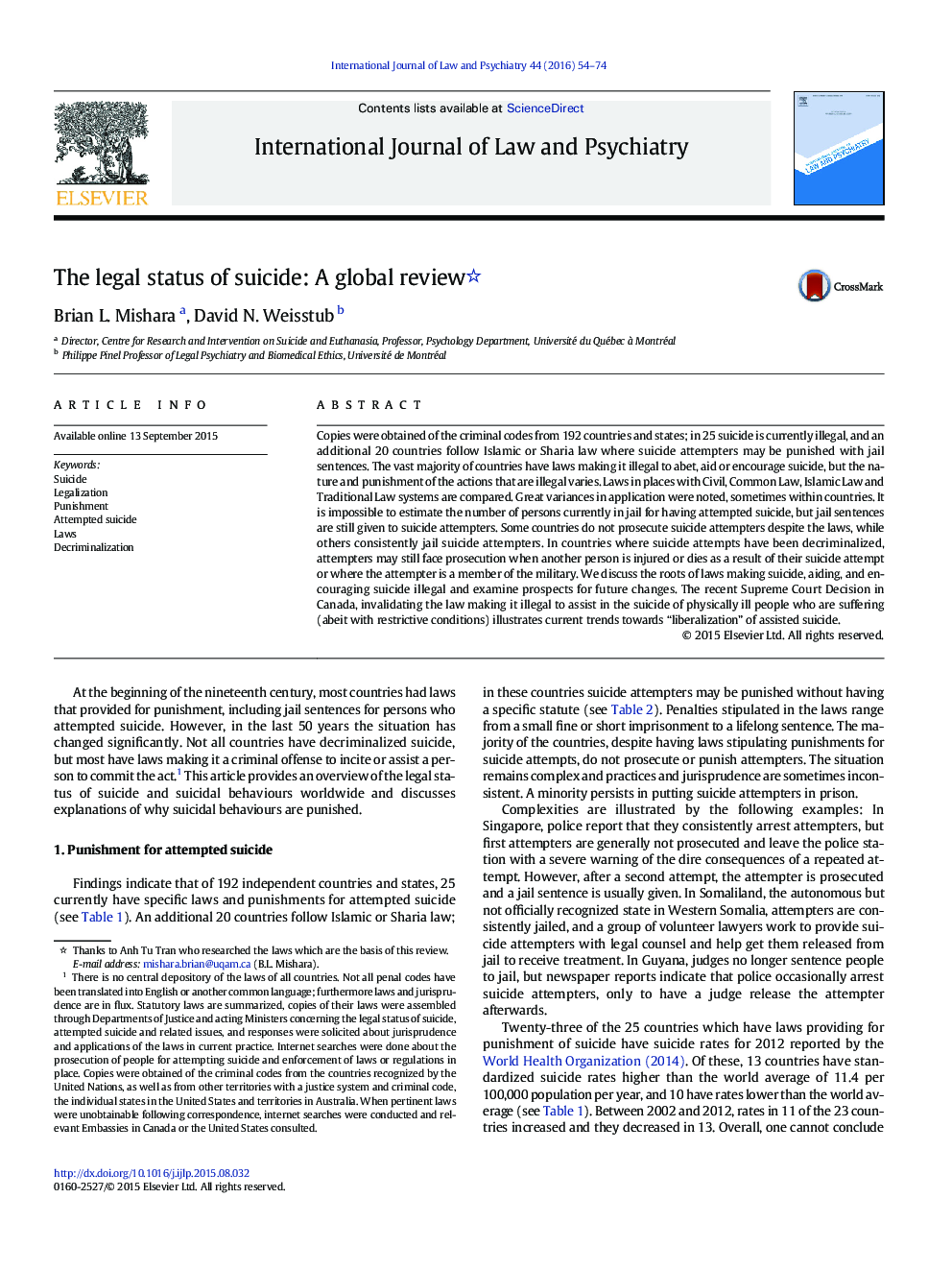 Copies were obtained of the criminal codes from 192 countries and states; in 25 suicide is currently illegal, and an additional 20 countries follow Islamic or Sharia law where suicide attempters may be punished with jail sentences. The vast majority of countries have laws making it illegal to abet, aid or encourage suicide, but the nature and punishment of the actions that are illegal varies. Laws in places with Civil, Common Law, Islamic Law and Traditional Law systems are compared. Great variances in application were noted, sometimes within countries. It is impossible to estimate the number of persons currently in jail for having attempted suicide, but jail sentences are still given to suicide attempters. Some countries do not prosecute suicide attempters despite the laws, while others consistently jail suicide attempters. In countries where suicide attempts have been decriminalized, attempters may still face prosecution when another person is injured or dies as a result of their suicide attempt or where the attempter is a member of the military. We discuss the roots of laws making suicide, aiding, and encouraging suicide illegal and examine prospects for future changes. The recent Supreme Court Decision in Canada, invalidating the law making it illegal to assist in the suicide of physically ill people who are suffering (abeit with restrictive conditions) illustrates current trends towards “liberalization” of assisted suicide.