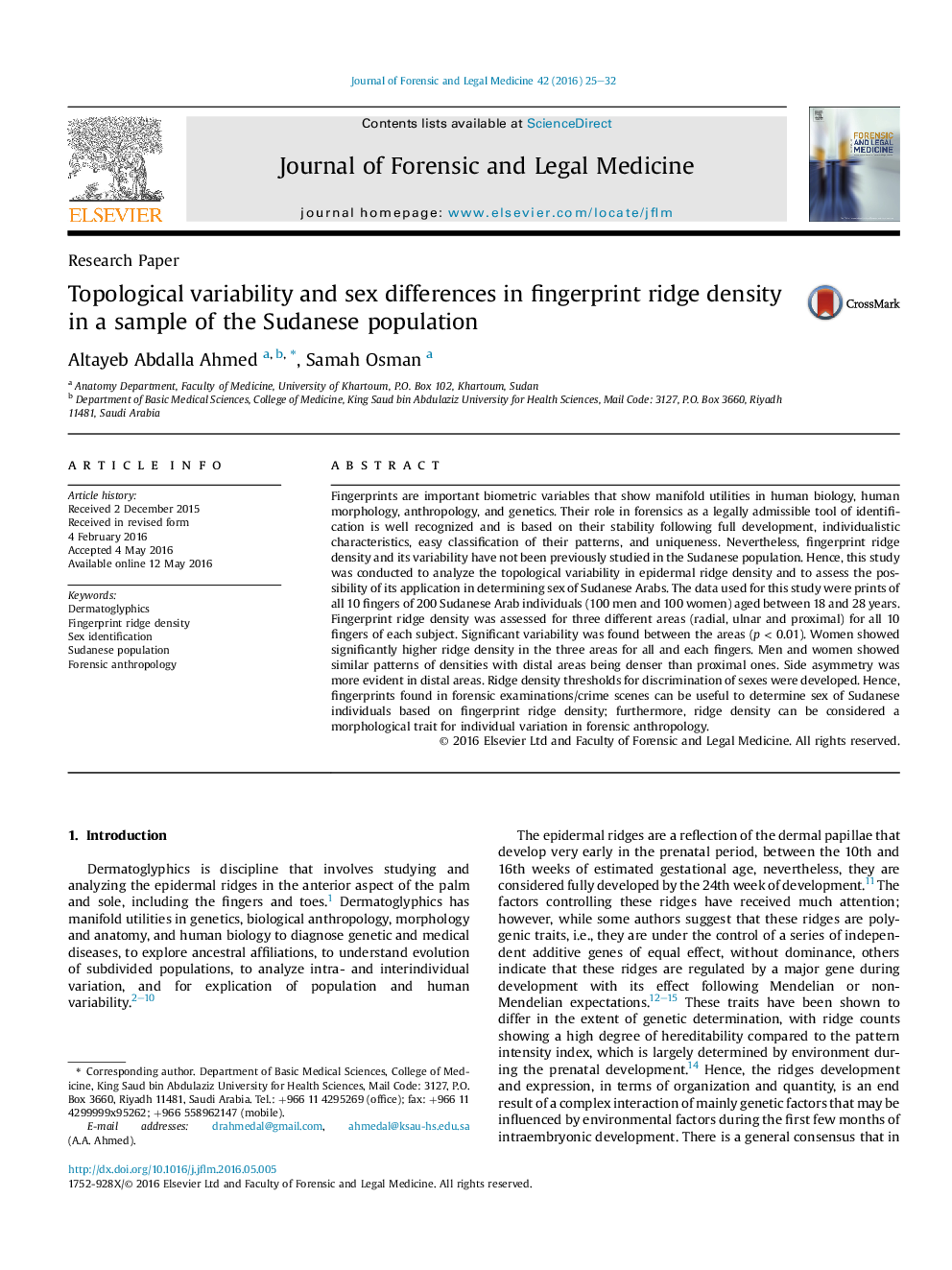 • Fingerprints are key biometric variables with a legal basis for identification.
• Fingerprint ridge density has yet to be studied in the Sudanese population.
• In Sudanese adults, Ridge density is variable in different areas of fingerprints.
• We established ridge density thresholds for the discrimination of sexes.
• Ridge density variation can be a morphological trait for individual variation.

Fingerprints are important biometric variables that show manifold utilities in human biology, human morphology, anthropology, and genetics. Their role in forensics as a legally admissible tool of identification is well recognized and is based on their stability following full development, individualistic characteristics, easy classification of their patterns, and uniqueness. Nevertheless, fingerprint ridge density and its variability have not been previously studied in the Sudanese population. Hence, this study was conducted to analyze the topological variability in epidermal ridge density and to assess the possibility of its application in determining sex of Sudanese Arabs. The data used for this study were prints of all 10 fingers of 200 Sudanese Arab individuals (100 men and 100 women) aged between 18 and 28 years. Fingerprint ridge density was assessed for three different areas (radial, ulnar and proximal) for all 10 fingers of each subject. Significant variability was found between the areas (p < 0.01). Women showed significantly higher ridge density in the three areas for all and each fingers. Men and women showed similar patterns of densities with distal areas being denser than proximal ones. Side asymmetry was more evident in distal areas. Ridge density thresholds for discrimination of sexes were developed. Hence, fingerprints found in forensic examinations/crime scenes can be useful to determine sex of Sudanese individuals based on fingerprint ridge density; furthermore, ridge density can be considered a morphological trait for individual variation in forensic anthropology.