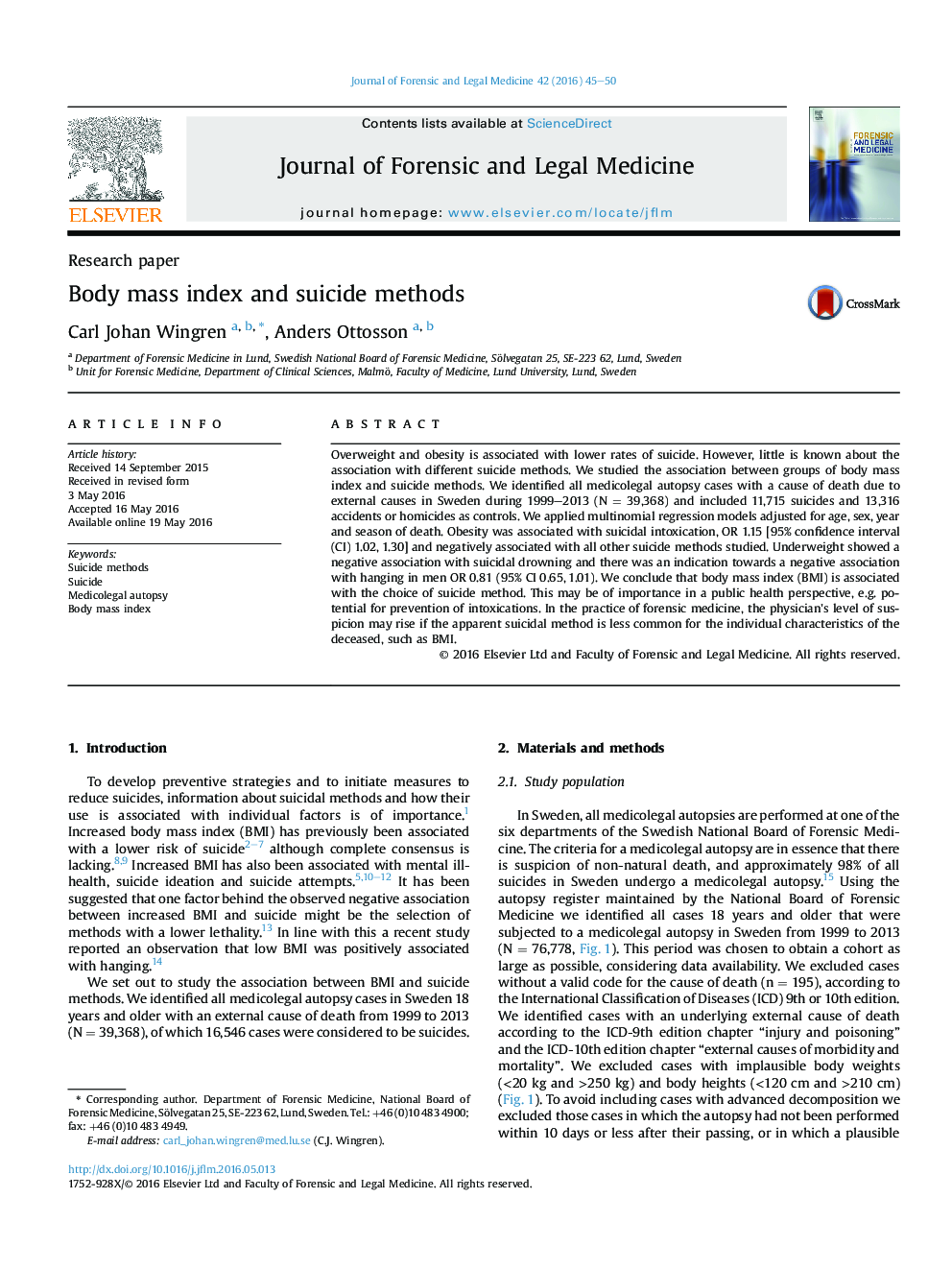 Overweight and obesity is associated with lower rates of suicide. However, little is known about the association with different suicide methods. We studied the association between groups of body mass index and suicide methods. We identified all medicolegal autopsy cases with a cause of death due to external causes in Sweden during 1999–2013 (N = 39,368) and included 11,715 suicides and 13,316 accidents or homicides as controls. We applied multinomial regression models adjusted for age, sex, year and season of death. Obesity was associated with suicidal intoxication, OR 1.15 [95% confidence interval (CI) 1.02, 1.30] and negatively associated with all other suicide methods studied. Underweight showed a negative association with suicidal drowning and there was an indication towards a negative association with hanging in men OR 0.81 (95% CI 0.65, 1.01). We conclude that body mass index (BMI) is associated with the choice of suicide method. This may be of importance in a public health perspective, e.g. potential for prevention of intoxications. In the practice of forensic medicine, the physician's level of suspicion may rise if the apparent suicidal method is less common for the individual characteristics of the deceased, such as BMI.