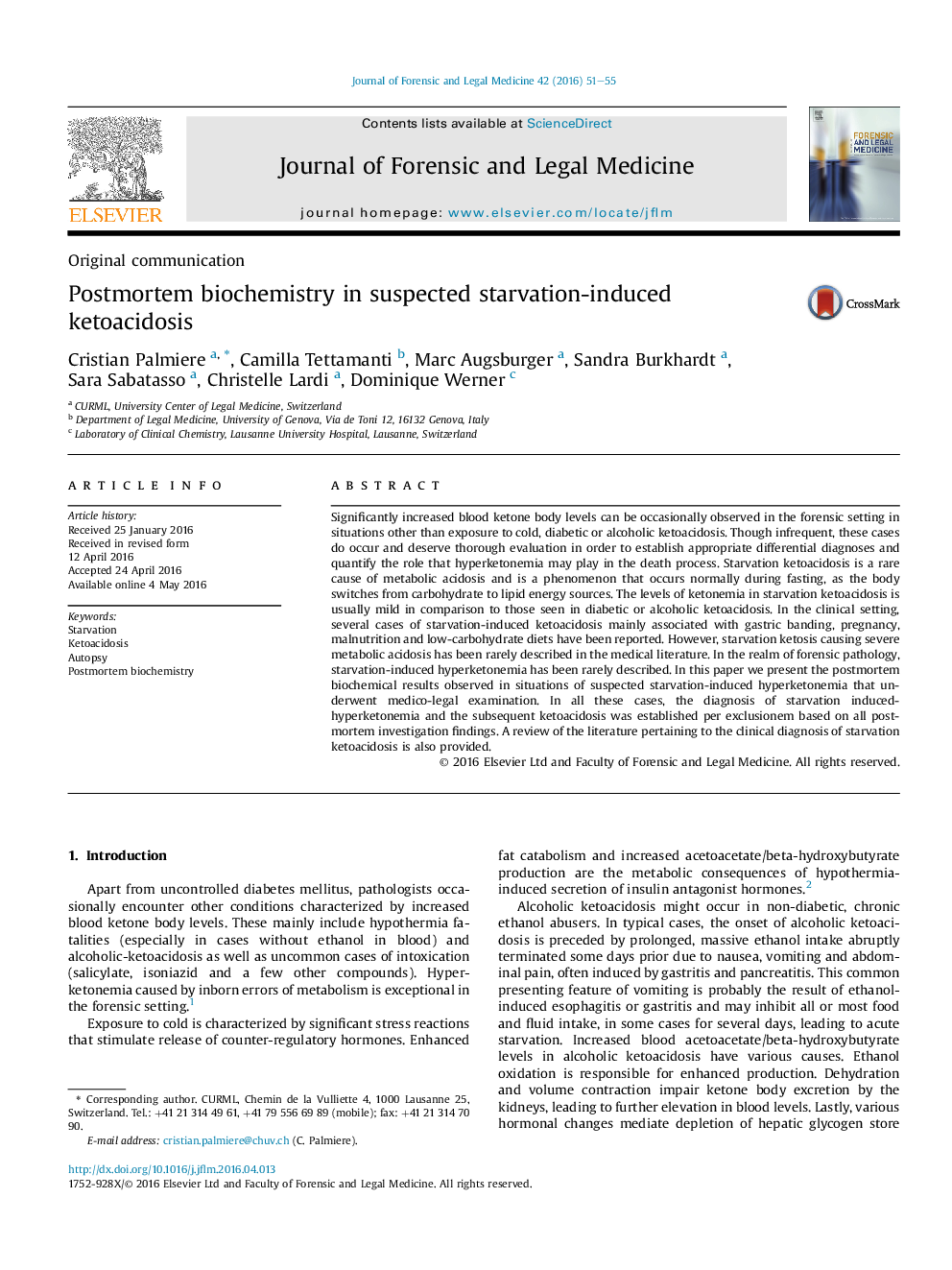 Significantly increased blood ketone body levels can be occasionally observed in the forensic setting in situations other than exposure to cold, diabetic or alcoholic ketoacidosis. Though infrequent, these cases do occur and deserve thorough evaluation in order to establish appropriate differential diagnoses and quantify the role that hyperketonemia may play in the death process. Starvation ketoacidosis is a rare cause of metabolic acidosis and is a phenomenon that occurs normally during fasting, as the body switches from carbohydrate to lipid energy sources. The levels of ketonemia in starvation ketoacidosis is usually mild in comparison to those seen in diabetic or alcoholic ketoacidosis. In the clinical setting, several cases of starvation-induced ketoacidosis mainly associated with gastric banding, pregnancy, malnutrition and low-carbohydrate diets have been reported. However, starvation ketosis causing severe metabolic acidosis has been rarely described in the medical literature. In the realm of forensic pathology, starvation-induced hyperketonemia has been rarely described. In this paper we present the postmortem biochemical results observed in situations of suspected starvation-induced hyperketonemia that underwent medico-legal examination. In all these cases, the diagnosis of starvation induced-hyperketonemia and the subsequent ketoacidosis was established per exclusionem based on all postmortem investigation findings. A review of the literature pertaining to the clinical diagnosis of starvation ketoacidosis is also provided.