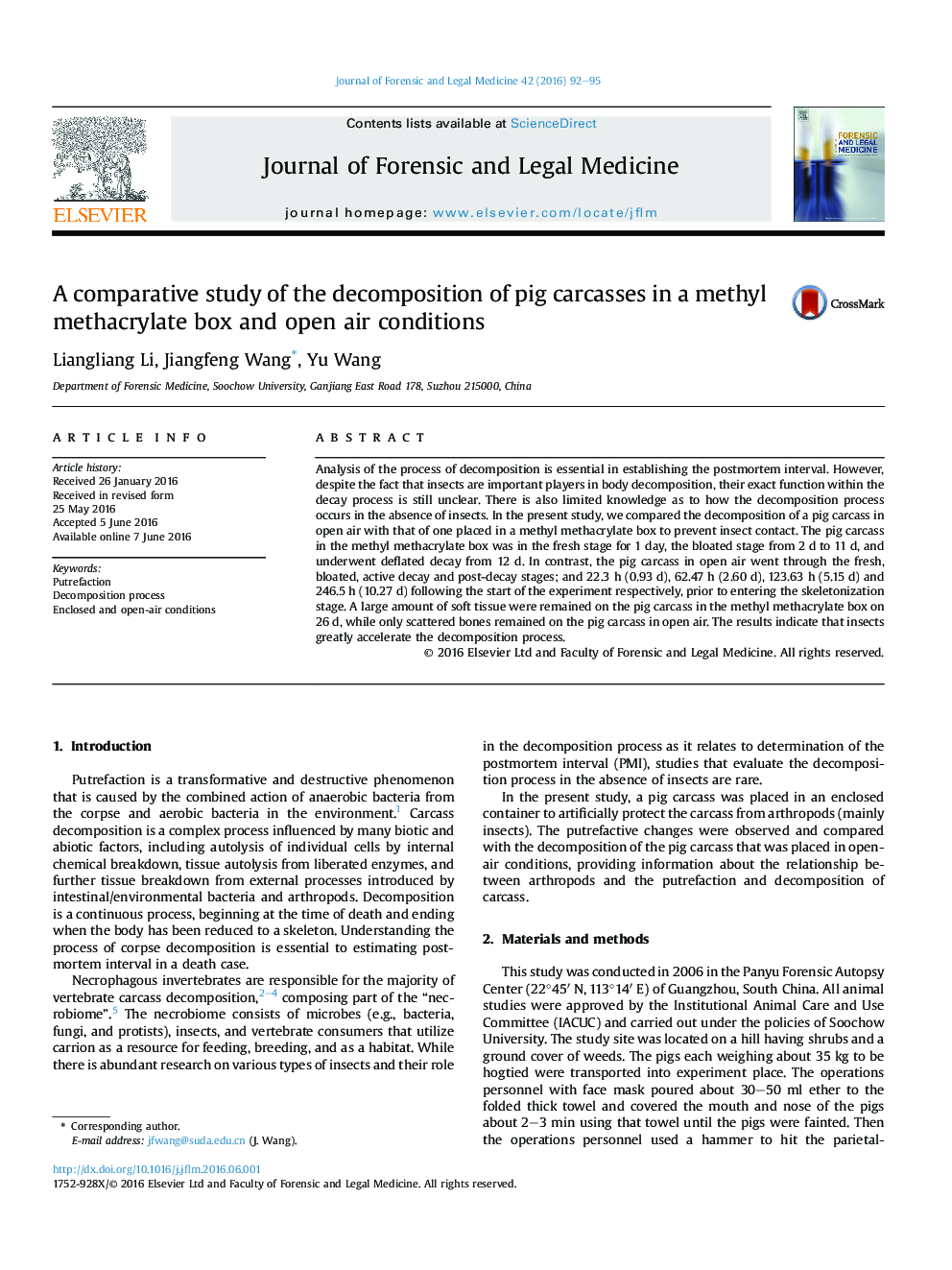 • Decay process and stage of pig carcass in open air and methyl methacrylate box.
• In the absence of insects, the decomposition of carrion can be markedly delayed.
• Discussed the role of insects and microbes to the decay of carcass.