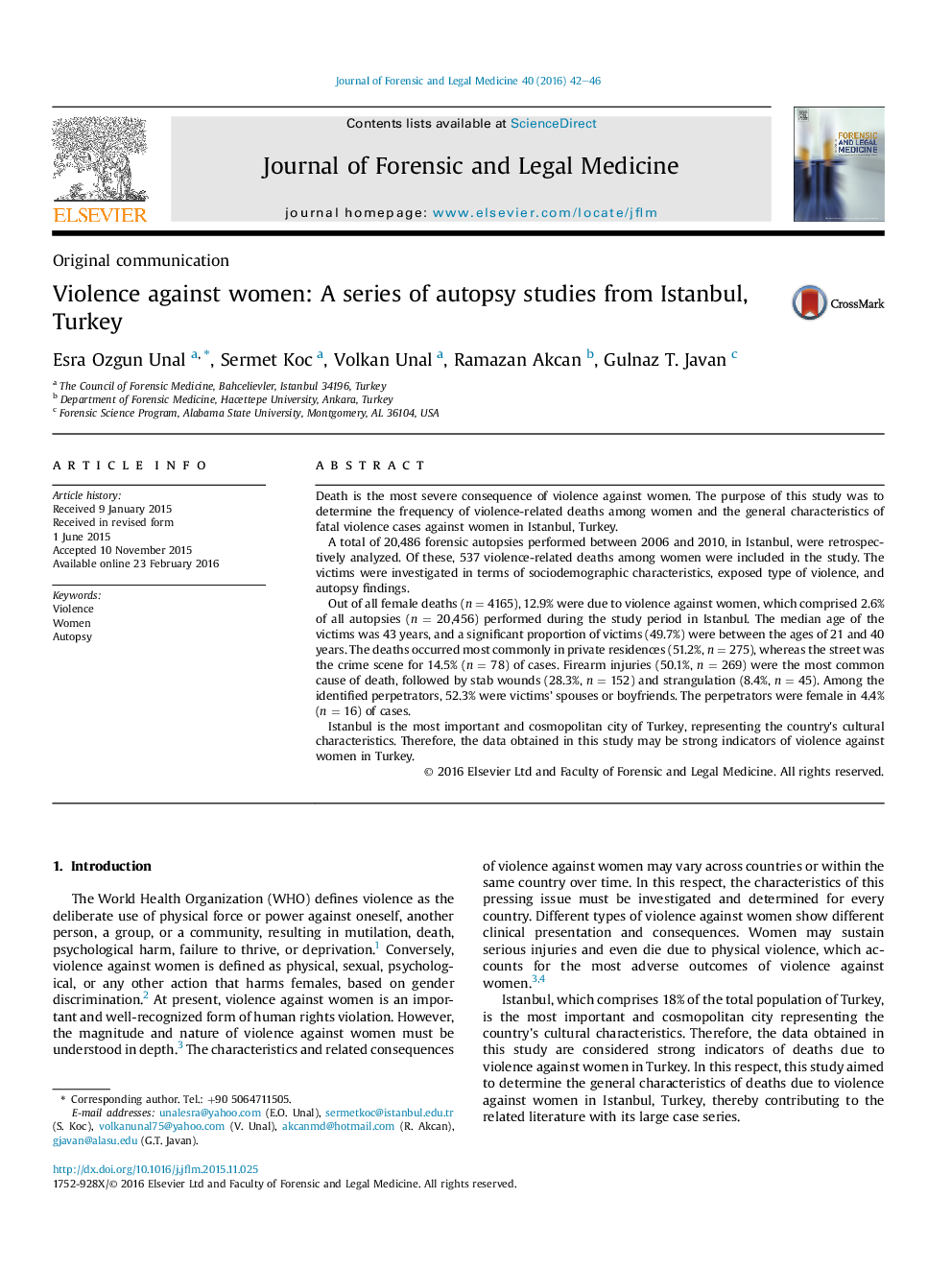 • We present the autopsy findings of deaths due to violence against women in Istanbul, Turkey.
• Most of the perpetrators were spouses.
• Most of the deaths occurred in private residences.

Death is the most severe consequence of violence against women. The purpose of this study was to determine the frequency of violence-related deaths among women and the general characteristics of fatal violence cases against women in Istanbul, Turkey.A total of 20,486 forensic autopsies performed between 2006 and 2010, in Istanbul, were retrospectively analyzed. Of these, 537 violence-related deaths among women were included in the study. The victims were investigated in terms of sociodemographic characteristics, exposed type of violence, and autopsy findings.Out of all female deaths (n = 4165), 12.9% were due to violence against women, which comprised 2.6% of all autopsies (n = 20,456) performed during the study period in Istanbul. The median age of the victims was 43 years, and a significant proportion of victims (49.7%) were between the ages of 21 and 40 years. The deaths occurred most commonly in private residences (51.2%, n = 275), whereas the street was the crime scene for 14.5% (n = 78) of cases. Firearm injuries (50.1%, n = 269) were the most common cause of death, followed by stab wounds (28.3%, n = 152) and strangulation (8.4%, n = 45). Among the identified perpetrators, 52.3% were victims’ spouses or boyfriends. The perpetrators were female in 4.4% (n = 16) of cases.Istanbul is the most important and cosmopolitan city of Turkey, representing the country's cultural characteristics. Therefore, the data obtained in this study may be strong indicators of violence against women in Turkey.