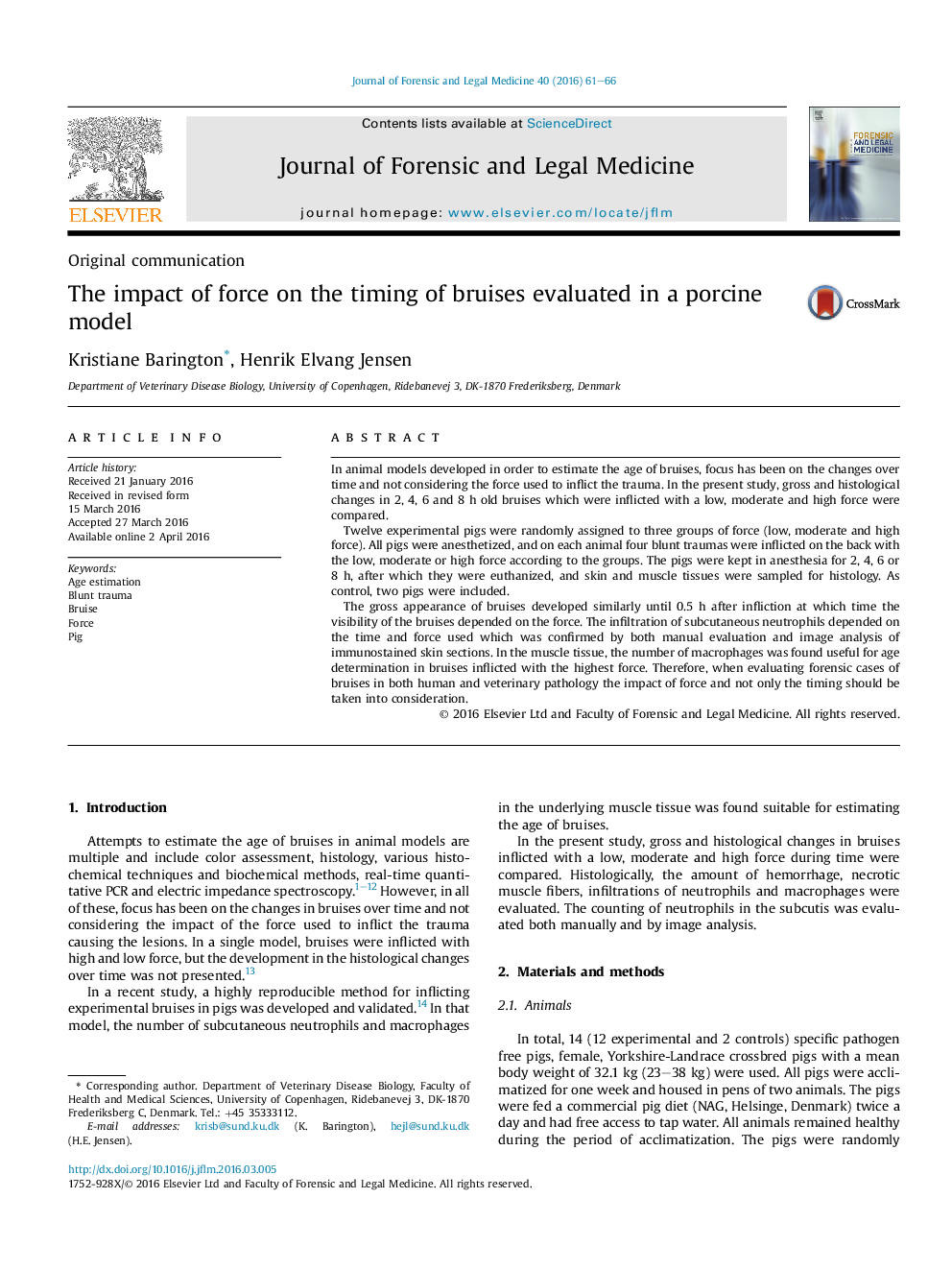 • 2–8 h old bruises inflicted with low, moderate and high force were studied.
• The gross appearance of the bruises depended on the force of impact.
• The amount of tissue damage and inflammation increased with increasing force.
• The degree of infiltration of neutrophils in the subcutis depended on time and force.
• Macrophages in the muscle tissue increased with the age of bruises at high force.

In animal models developed in order to estimate the age of bruises, focus has been on the changes over time and not considering the force used to inflict the trauma. In the present study, gross and histological changes in 2, 4, 6 and 8 h old bruises which were inflicted with a low, moderate and high force were compared.Twelve experimental pigs were randomly assigned to three groups of force (low, moderate and high force). All pigs were anesthetized, and on each animal four blunt traumas were inflicted on the back with the low, moderate or high force according to the groups. The pigs were kept in anesthesia for 2, 4, 6 or 8 h, after which they were euthanized, and skin and muscle tissues were sampled for histology. As control, two pigs were included.The gross appearance of bruises developed similarly until 0.5 h after infliction at which time the visibility of the bruises depended on the force. The infiltration of subcutaneous neutrophils depended on the time and force used which was confirmed by both manual evaluation and image analysis of immunostained skin sections. In the muscle tissue, the number of macrophages was found useful for age determination in bruises inflicted with the highest force. Therefore, when evaluating forensic cases of bruises in both human and veterinary pathology the impact of force and not only the timing should be taken into consideration.