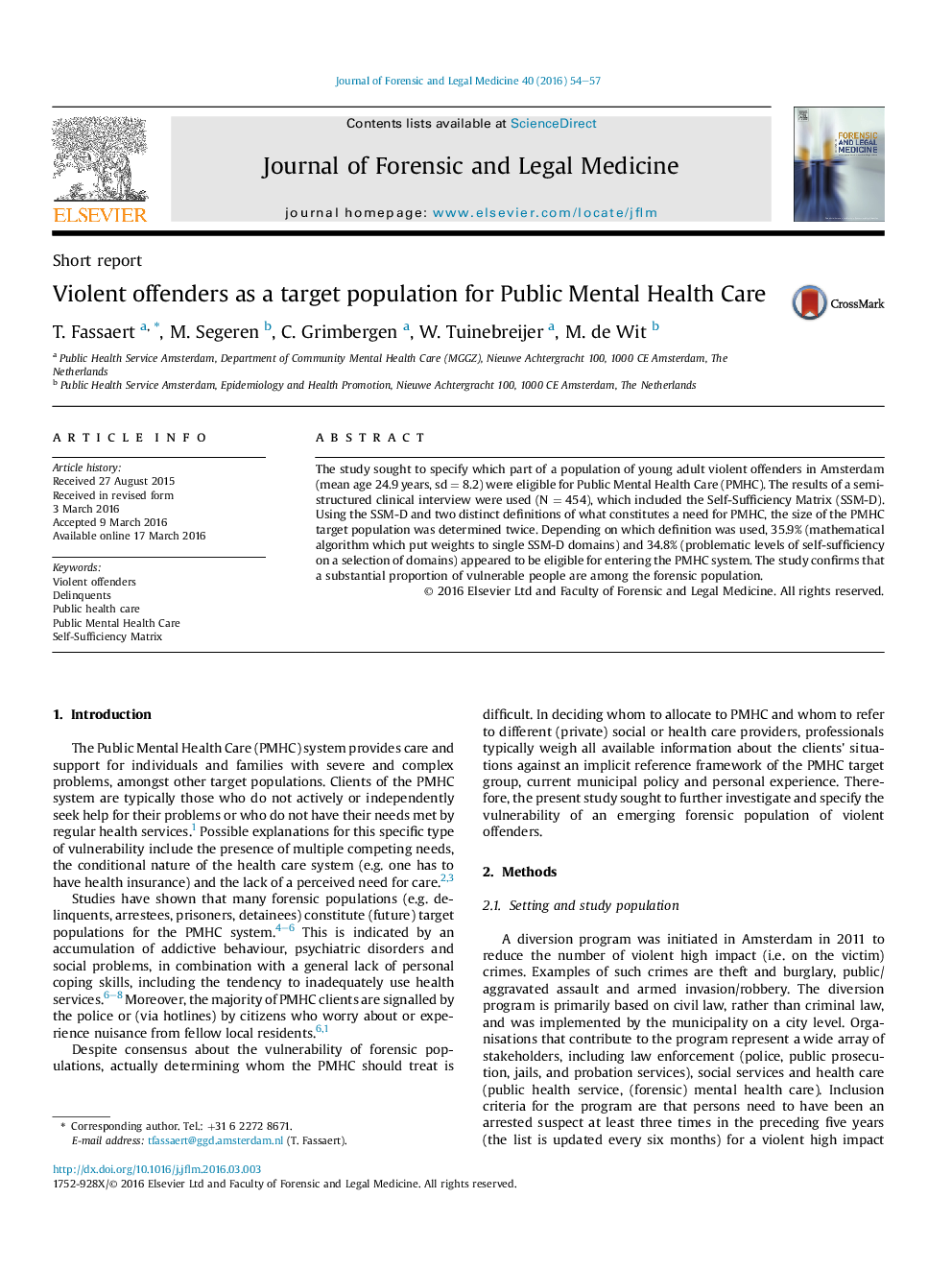 The study sought to specify which part of a population of young adult violent offenders in Amsterdam (mean age 24.9 years, sd = 8.2) were eligible for Public Mental Health Care (PMHC). The results of a semi-structured clinical interview were used (N = 454), which included the Self-Sufficiency Matrix (SSM-D). Using the SSM-D and two distinct definitions of what constitutes a need for PMHC, the size of the PMHC target population was determined twice. Depending on which definition was used, 35.9% (mathematical algorithm which put weights to single SSM-D domains) and 34.8% (problematic levels of self-sufficiency on a selection of domains) appeared to be eligible for entering the PMHC system. The study confirms that a substantial proportion of vulnerable people are among the forensic population.