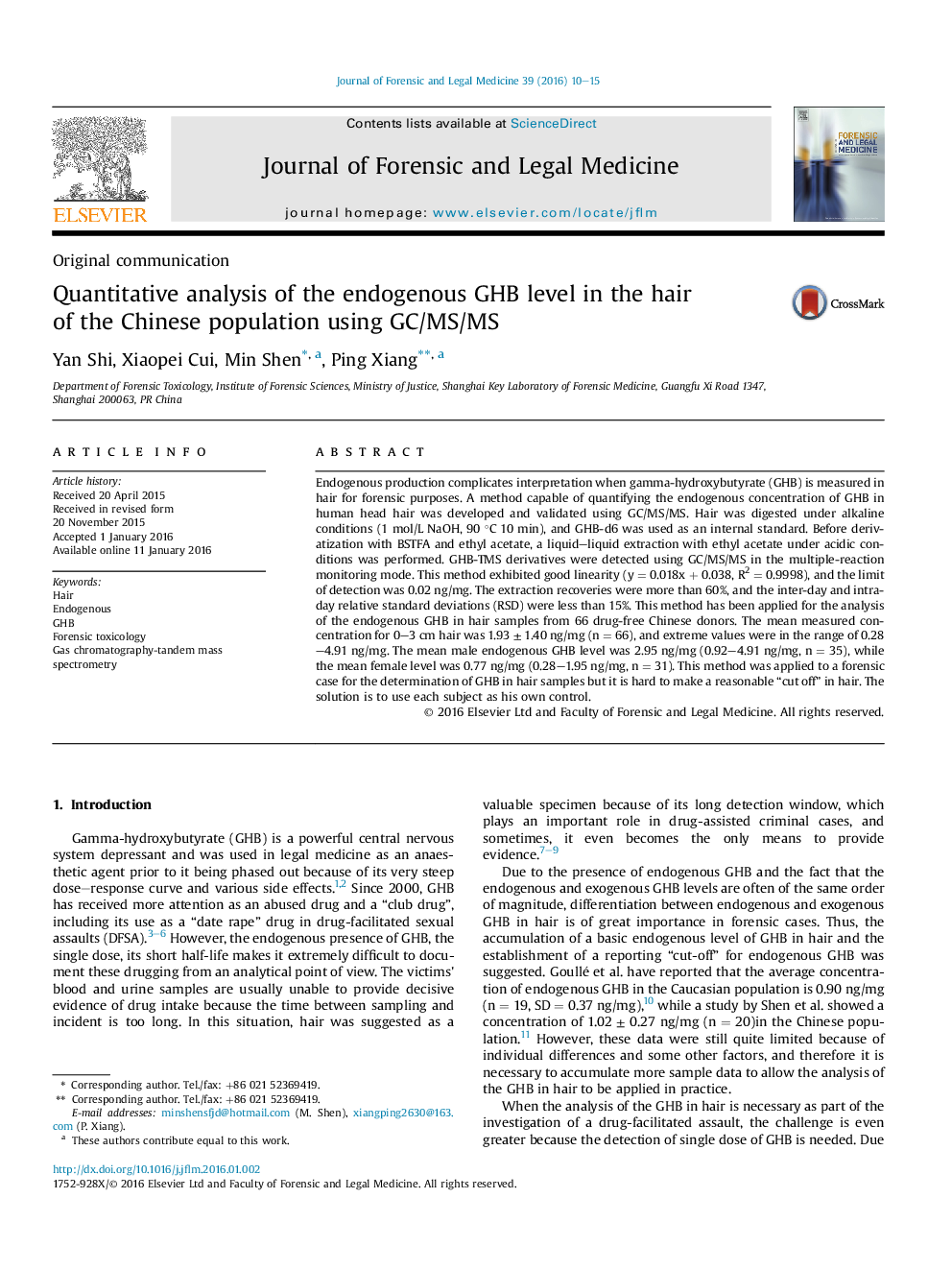 Endogenous production complicates interpretation when gamma-hydroxybutyrate (GHB) is measured in hair for forensic purposes. A method capable of quantifying the endogenous concentration of GHB in human head hair was developed and validated using GC/MS/MS. Hair was digested under alkaline conditions (1 mol/L NaOH, 90 °C 10 min), and GHB-d6 was used as an internal standard. Before derivatization with BSTFA and ethyl acetate, a liquid–liquid extraction with ethyl acetate under acidic conditions was performed. GHB-TMS derivatives were detected using GC/MS/MS in the multiple-reaction monitoring mode. This method exhibited good linearity (y = 0.018x + 0.038, R2 = 0.9998), and the limit of detection was 0.02 ng/mg. The extraction recoveries were more than 60%, and the inter-day and intra-day relative standard deviations (RSD) were less than 15%. This method has been applied for the analysis of the endogenous GHB in hair samples from 66 drug-free Chinese donors. The mean measured concentration for 0–3 cm hair was 1.93 ± 1.40 ng/mg (n = 66), and extreme values were in the range of 0.28–4.91 ng/mg. The mean male endogenous GHB level was 2.95 ng/mg (0.92–4.91 ng/mg, n = 35), while the mean female level was 0.77 ng/mg (0.28–1.95 ng/mg, n = 31). This method was applied to a forensic case for the determination of GHB in hair samples but it is hard to make a reasonable “cut off” in hair. The solution is to use each subject as his own control.