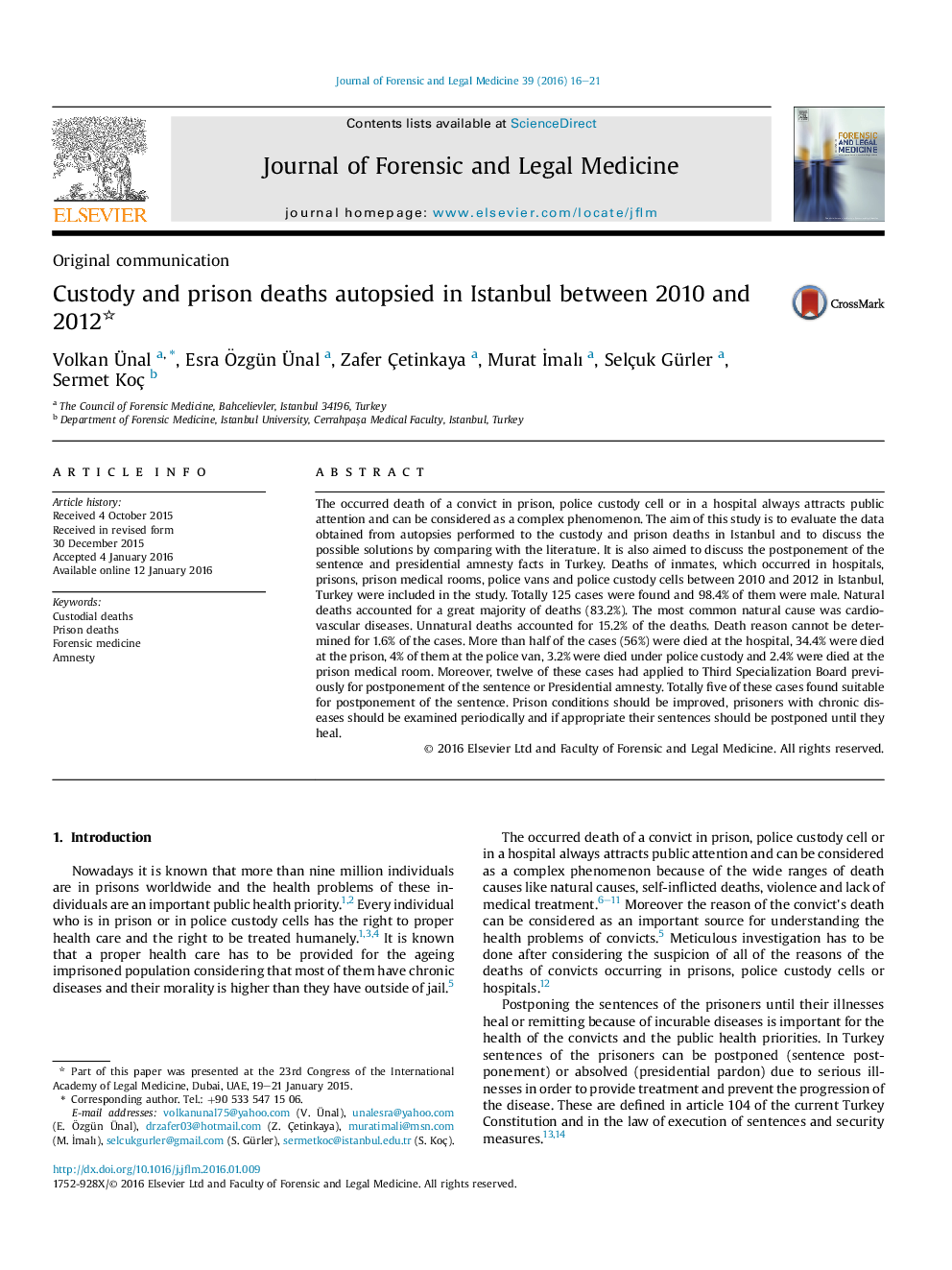 • We show the autopsy findings of custody and prison deaths autopsied in Istanbul.
• Natural deaths accounted for a great majority of deaths and most common of them was cardiovascular diseases.
• More than half of the cases were died at the hospital.
• Further studies about postponement of sentence and presidential amnesty should be helpful for reducing the deaths in prisons.

The occurred death of a convict in prison, police custody cell or in a hospital always attracts public attention and can be considered as a complex phenomenon. The aim of this study is to evaluate the data obtained from autopsies performed to the custody and prison deaths in Istanbul and to discuss the possible solutions by comparing with the literature. It is also aimed to discuss the postponement of the sentence and presidential amnesty facts in Turkey. Deaths of inmates, which occurred in hospitals, prisons, prison medical rooms, police vans and police custody cells between 2010 and 2012 in Istanbul, Turkey were included in the study. Totally 125 cases were found and 98.4% of them were male. Natural deaths accounted for a great majority of deaths (83.2%). The most common natural cause was cardiovascular diseases. Unnatural deaths accounted for 15.2% of the deaths. Death reason cannot be determined for 1.6% of the cases. More than half of the cases (56%) were died at the hospital, 34.4% were died at the prison, 4% of them at the police van, 3.2% were died under police custody and 2.4% were died at the prison medical room. Moreover, twelve of these cases had applied to Third Specialization Board previously for postponement of the sentence or Presidential amnesty. Totally five of these cases found suitable for postponement of the sentence. Prison conditions should be improved, prisoners with chronic diseases should be examined periodically and if appropriate their sentences should be postponed until they heal.