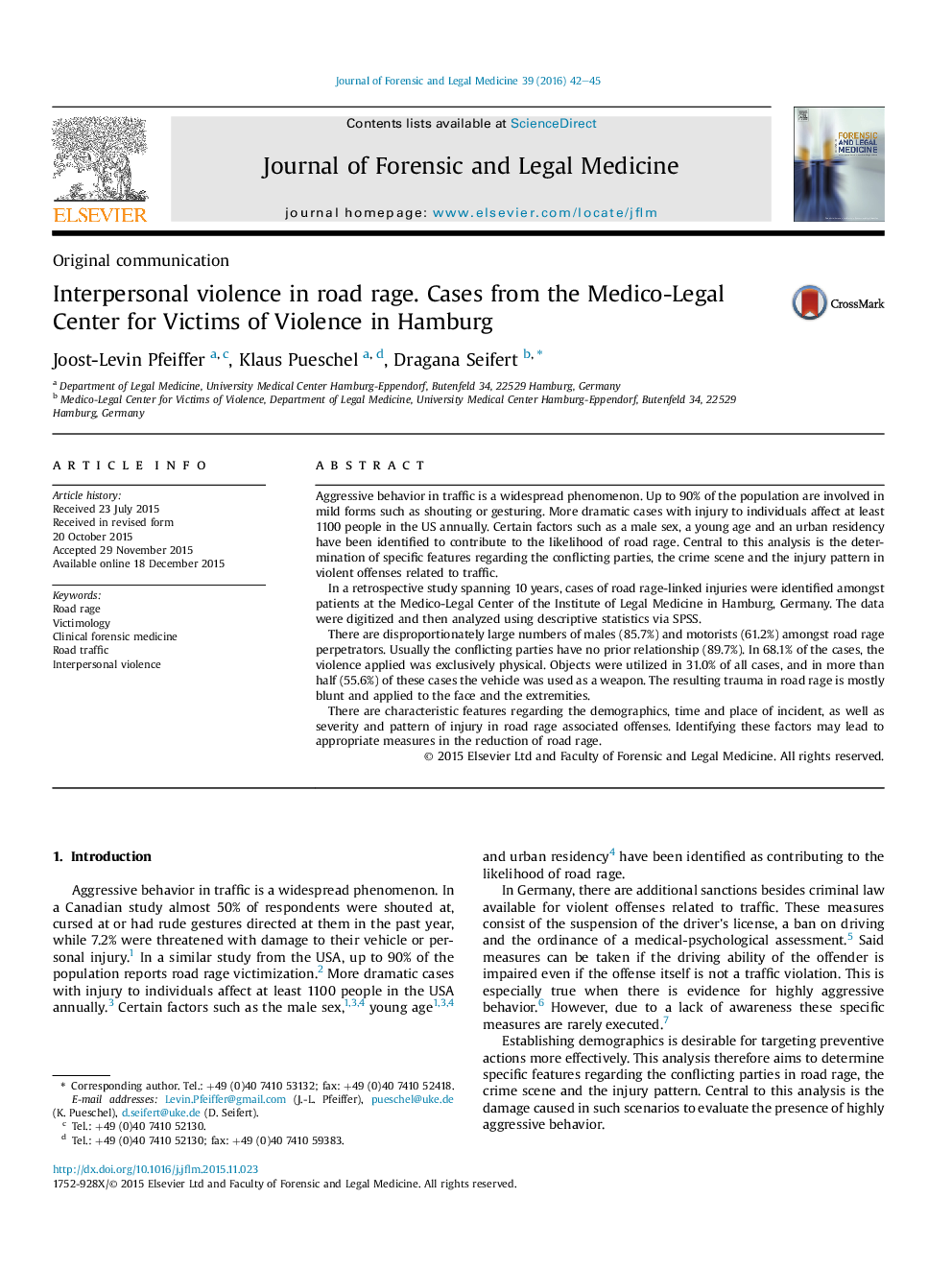 • Road rage can lead to serious injuries and life –threatening damage.
• Considering the trivial triggers, the harm seems grossly exaggerated.
• In order to prove aggressive behavior in court forensic medical documentation is needed.
• Cooperation between justice, psychology and medicine is desirable when addressing this issue.

Aggressive behavior in traffic is a widespread phenomenon. Up to 90% of the population are involved in mild forms such as shouting or gesturing. More dramatic cases with injury to individuals affect at least 1100 people in the US annually. Certain factors such as a male sex, a young age and an urban residency have been identified to contribute to the likelihood of road rage. Central to this analysis is the determination of specific features regarding the conflicting parties, the crime scene and the injury pattern in violent offenses related to traffic.In a retrospective study spanning 10 years, cases of road rage-linked injuries were identified amongst patients at the Medico-Legal Center of the Institute of Legal Medicine in Hamburg, Germany. The data were digitized and then analyzed using descriptive statistics via SPSS.There are disproportionately large numbers of males (85.7%) and motorists (61.2%) amongst road rage perpetrators. Usually the conflicting parties have no prior relationship (89.7%). In 68.1% of the cases, the violence applied was exclusively physical. Objects were utilized in 31.0% of all cases, and in more than half (55.6%) of these cases the vehicle was used as a weapon. The resulting trauma in road rage is mostly blunt and applied to the face and the extremities.There are characteristic features regarding the demographics, time and place of incident, as well as severity and pattern of injury in road rage associated offenses. Identifying these factors may lead to appropriate measures in the reduction of road rage.