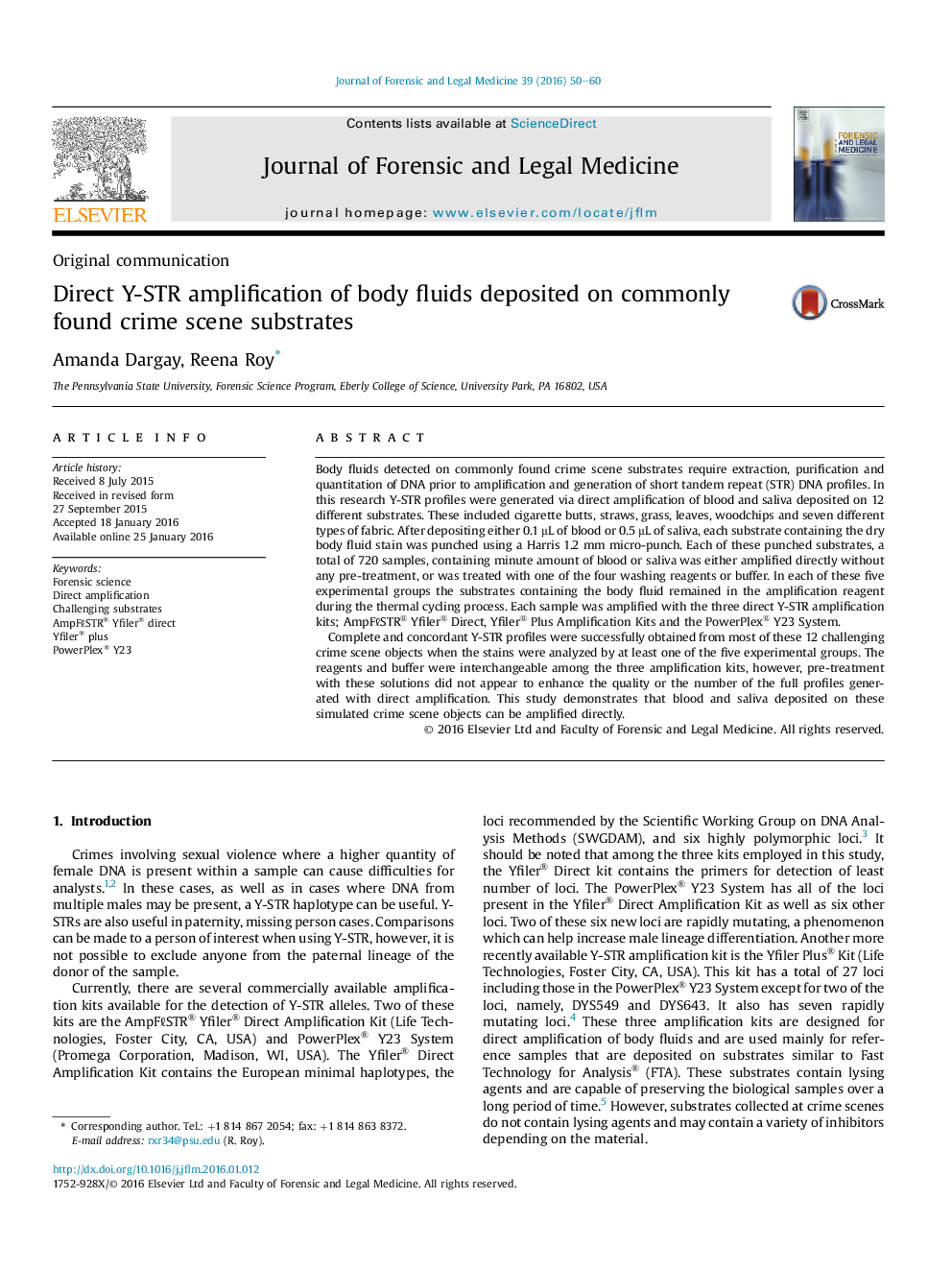 Body fluids detected on commonly found crime scene substrates require extraction, purification and quantitation of DNA prior to amplification and generation of short tandem repeat (STR) DNA profiles. In this research Y-STR profiles were generated via direct amplification of blood and saliva deposited on 12 different substrates. These included cigarette butts, straws, grass, leaves, woodchips and seven different types of fabric. After depositing either 0.1 μL of blood or 0.5 μL of saliva, each substrate containing the dry body fluid stain was punched using a Harris 1.2 mm micro-punch. Each of these punched substrates, a total of 720 samples, containing minute amount of blood or saliva was either amplified directly without any pre-treatment, or was treated with one of the four washing reagents or buffer. In each of these five experimental groups the substrates containing the body fluid remained in the amplification reagent during the thermal cycling process. Each sample was amplified with the three direct Y-STR amplification kits; AmpFℓSTR® Yfiler® Direct, Yfiler® Plus Amplification Kits and the PowerPlex® Y23 System.Complete and concordant Y-STR profiles were successfully obtained from most of these 12 challenging crime scene objects when the stains were analyzed by at least one of the five experimental groups. The reagents and buffer were interchangeable among the three amplification kits, however, pre-treatment with these solutions did not appear to enhance the quality or the number of the full profiles generated with direct amplification. This study demonstrates that blood and saliva deposited on these simulated crime scene objects can be amplified directly.