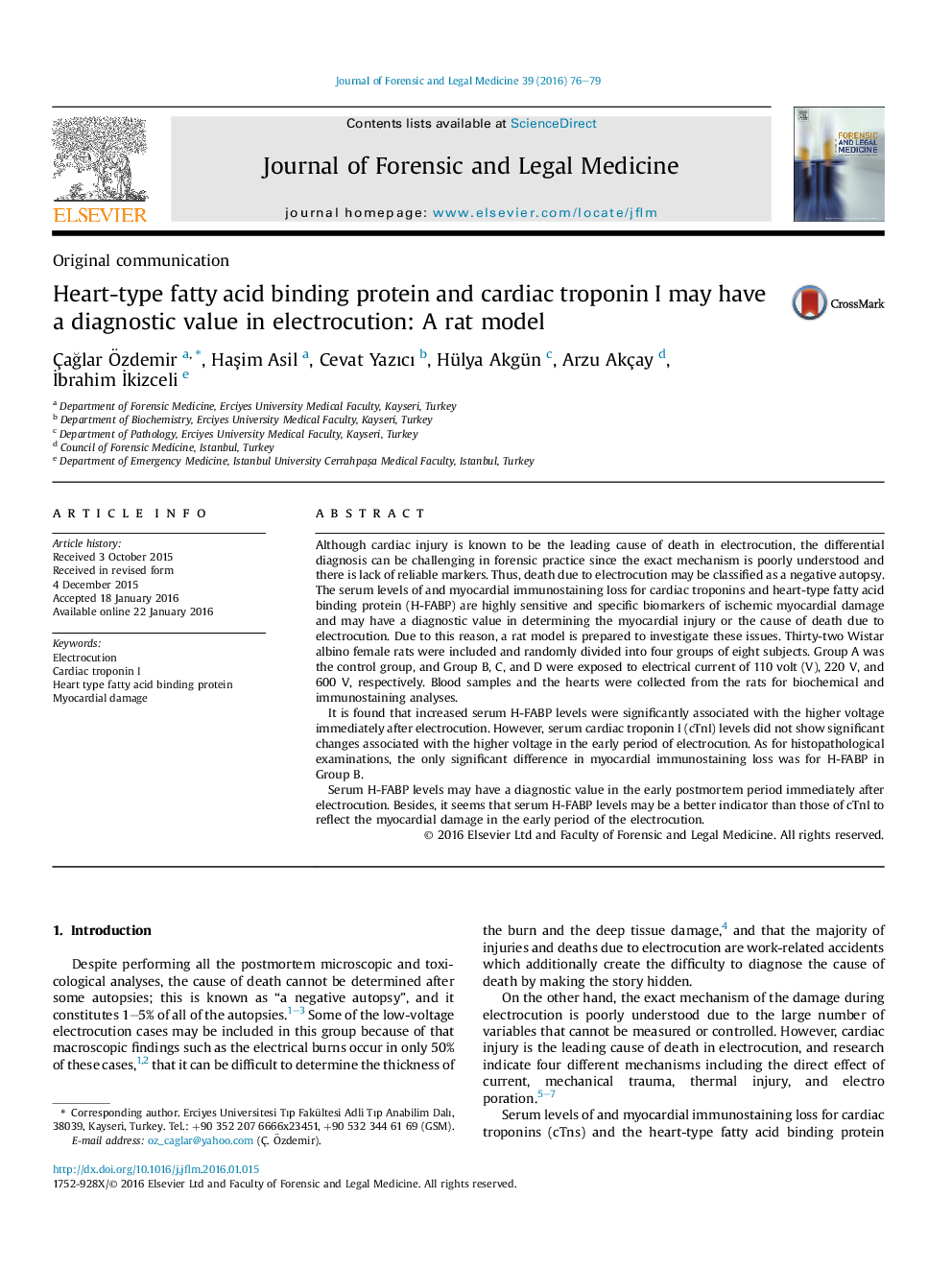 Although cardiac injury is known to be the leading cause of death in electrocution, the differential diagnosis can be challenging in forensic practice since the exact mechanism is poorly understood and there is lack of reliable markers. Thus, death due to electrocution may be classified as a negative autopsy. The serum levels of and myocardial immunostaining loss for cardiac troponins and heart-type fatty acid binding protein (H-FABP) are highly sensitive and specific biomarkers of ischemic myocardial damage and may have a diagnostic value in determining the myocardial injury or the cause of death due to electrocution. Due to this reason, a rat model is prepared to investigate these issues. Thirty-two Wistar albino female rats were included and randomly divided into four groups of eight subjects. Group A was the control group, and Group B, C, and D were exposed to electrical current of 110 volt (V), 220 V, and 600 V, respectively. Blood samples and the hearts were collected from the rats for biochemical and immunostaining analyses.It is found that increased serum H-FABP levels were significantly associated with the higher voltage immediately after electrocution. However, serum cardiac troponin I (cTnI) levels did not show significant changes associated with the higher voltage in the early period of electrocution. As for histopathological examinations, the only significant difference in myocardial immunostaining loss was for H-FABP in Group B.Serum H-FABP levels may have a diagnostic value in the early postmortem period immediately after electrocution. Besides, it seems that serum H-FABP levels may be a better indicator than those of cTnI to reflect the myocardial damage in the early period of the electrocution.