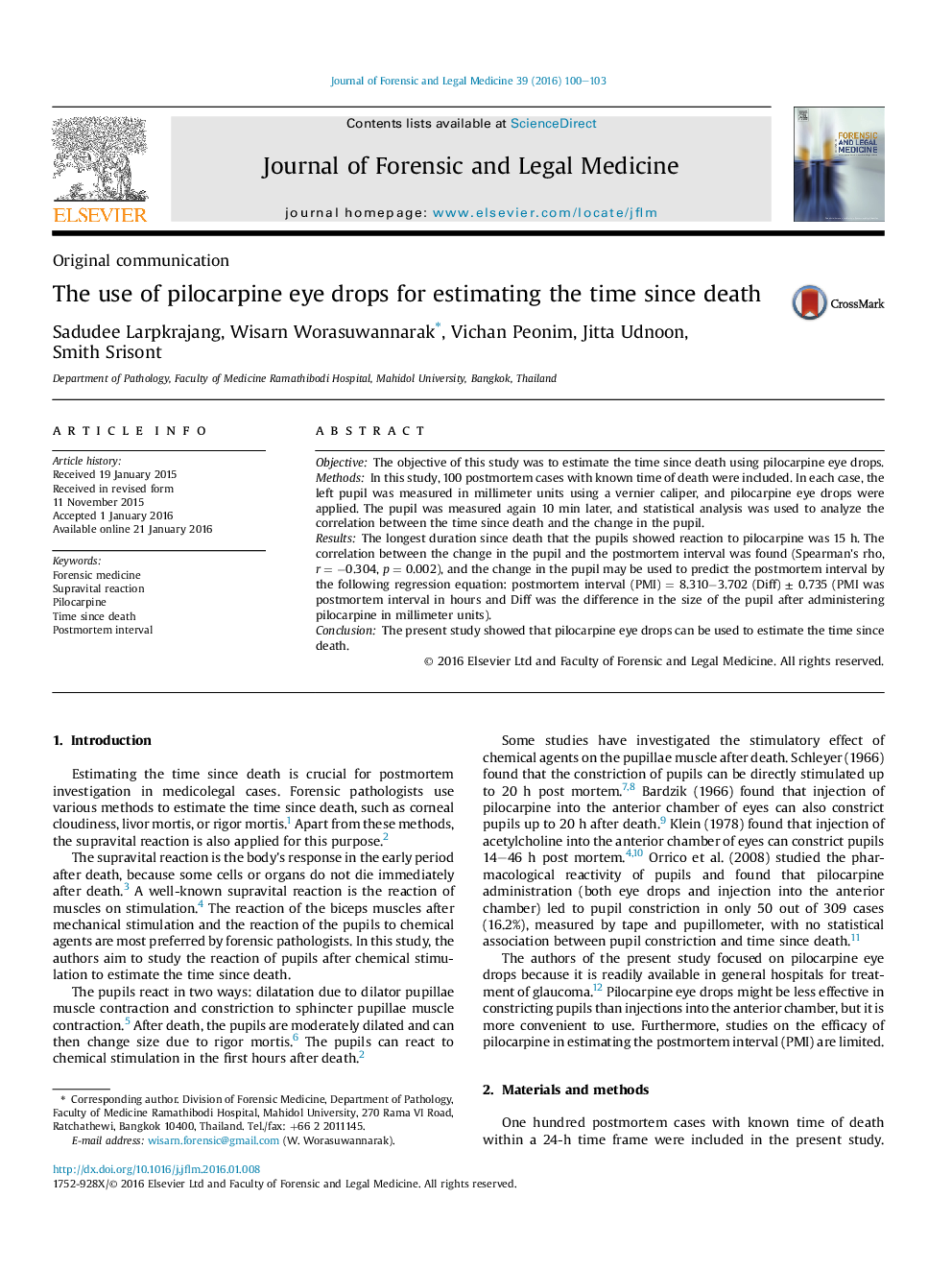 • This study demonstrated that pilocarpine can constrict pupils for a period of time after death.
• The longest duration that the pupil showed reaction was found to be about 15 h.
• The change in pupils after application of pilocarpine decreased with an increase in the postmortem interval (PMI).
• The change in pupil size and PMI were found to be correlated in a statistically significant manner.
• Regression analysis was performed to determine the correlation between change in the pupil and PMI.