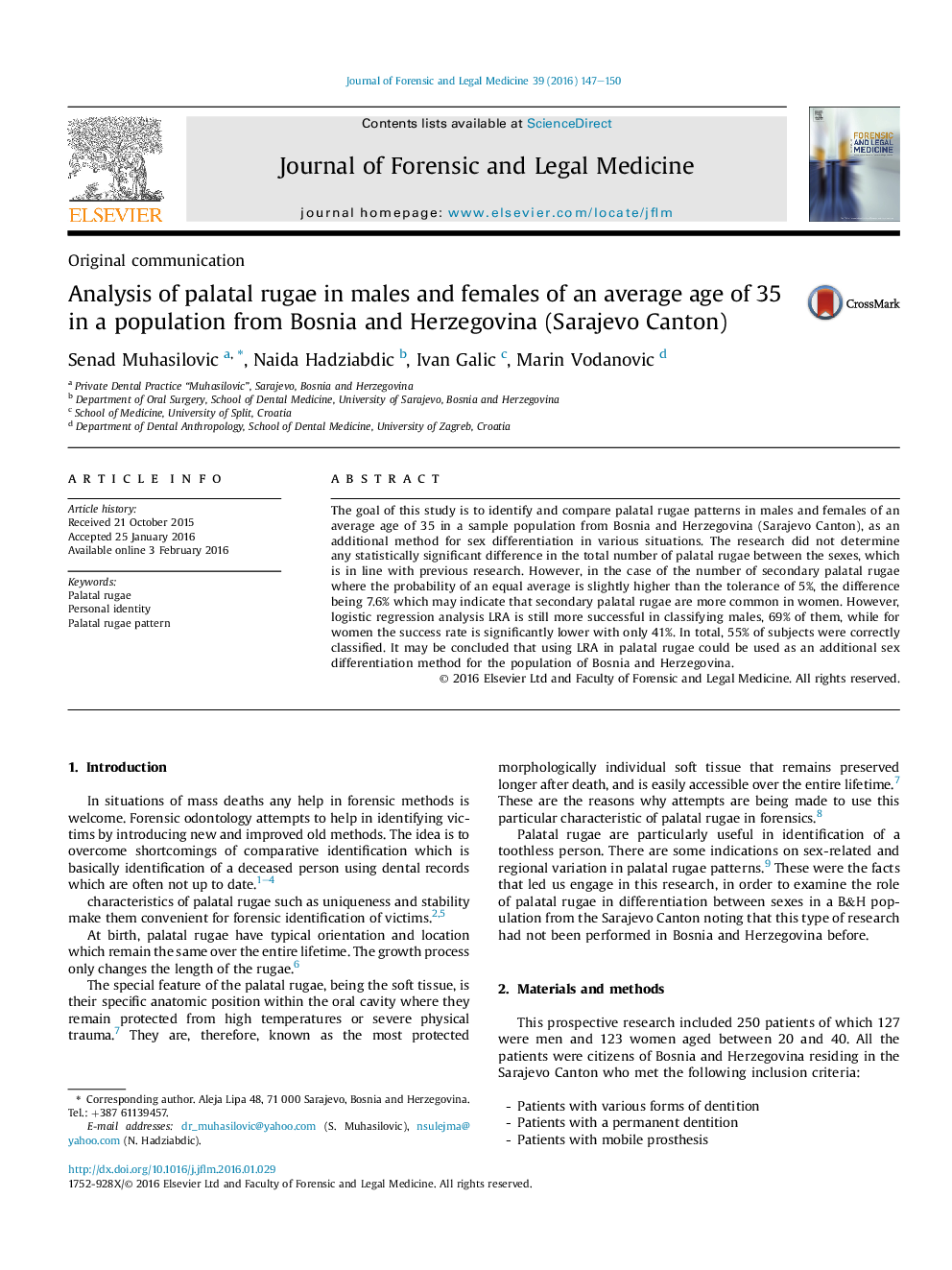 The goal of this study is to identify and compare palatal rugae patterns in males and females of an average age of 35 in a sample population from Bosnia and Herzegovina (Sarajevo Canton), as an additional method for sex differentiation in various situations. The research did not determine any statistically significant difference in the total number of palatal rugae between the sexes, which is in line with previous research. However, in the case of the number of secondary palatal rugae where the probability of an equal average is slightly higher than the tolerance of 5%, the difference being 7.6% which may indicate that secondary palatal rugae are more common in women. However, logistic regression analysis LRA is still more successful in classifying males, 69% of them, while for women the success rate is significantly lower with only 41%. In total, 55% of subjects were correctly classified. It may be concluded that using LRA in palatal rugae could be used as an additional sex differentiation method for the population of Bosnia and Herzegovina.