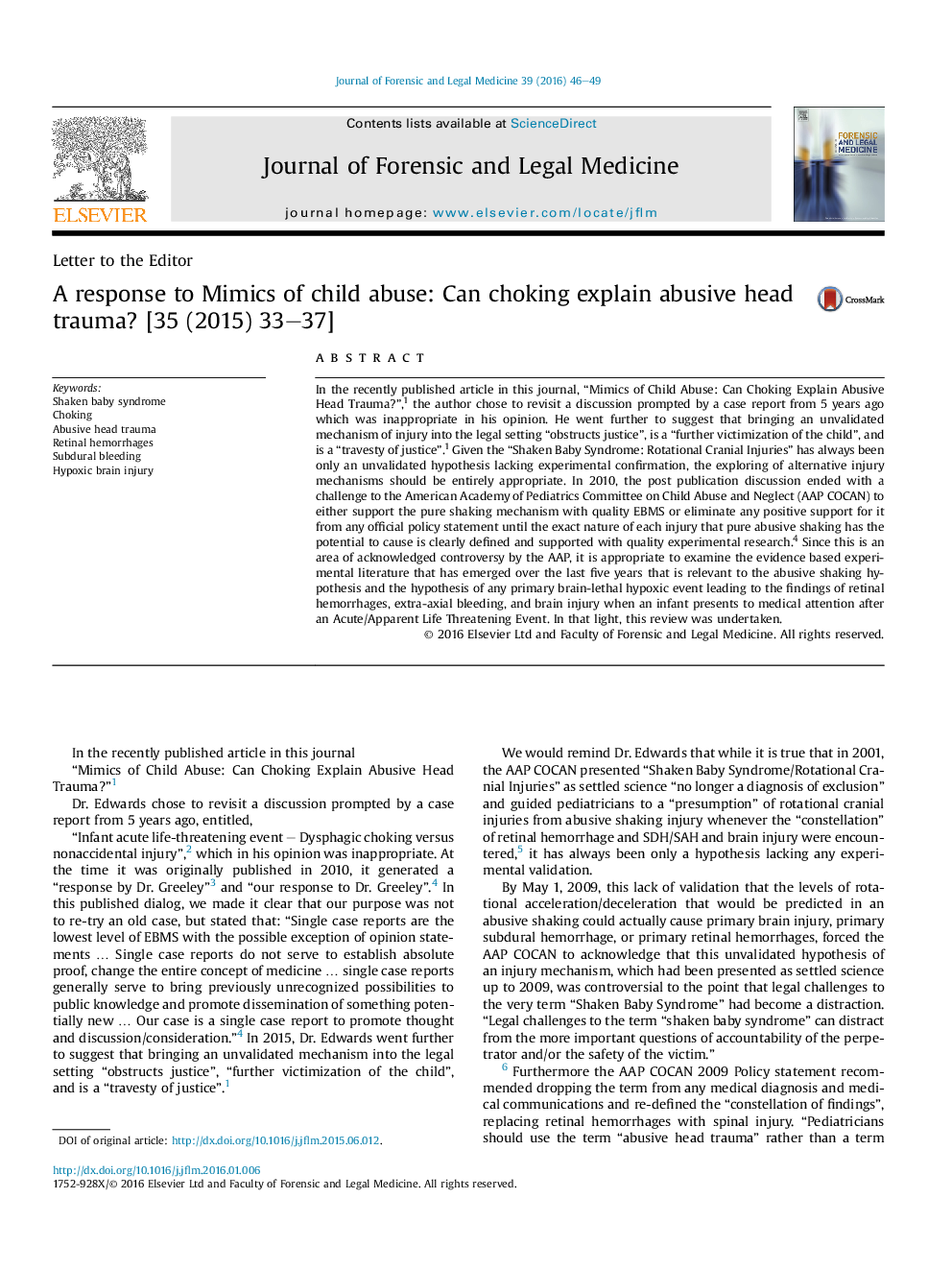 In the recently published article in this journal, “Mimics of Child Abuse: Can Choking Explain Abusive Head Trauma?”,1 the author chose to revisit a discussion prompted by a case report from 5 years ago which was inappropriate in his opinion. He went further to suggest that bringing an unvalidated mechanism of injury into the legal setting “obstructs justice”, is a “further victimization of the child”, and is a “travesty of justice”.1 Given the “Shaken Baby Syndrome: Rotational Cranial Injuries” has always been only an unvalidated hypothesis lacking experimental confirmation, the exploring of alternative injury mechanisms should be entirely appropriate. In 2010, the post publication discussion ended with a challenge to the American Academy of Pediatrics Committee on Child Abuse and Neglect (AAP COCAN) to either support the pure shaking mechanism with quality EBMS or eliminate any positive support for it from any official policy statement until the exact nature of each injury that pure abusive shaking has the potential to cause is clearly defined and supported with quality experimental research.4 Since this is an area of acknowledged controversy by the AAP, it is appropriate to examine the evidence based experimental literature that has emerged over the last five years that is relevant to the abusive shaking hypothesis and the hypothesis of any primary brain-lethal hypoxic event leading to the findings of retinal hemorrhages, extra-axial bleeding, and brain injury when an infant presents to medical attention after an Acute/Apparent Life Threatening Event. In that light, this review was undertaken.