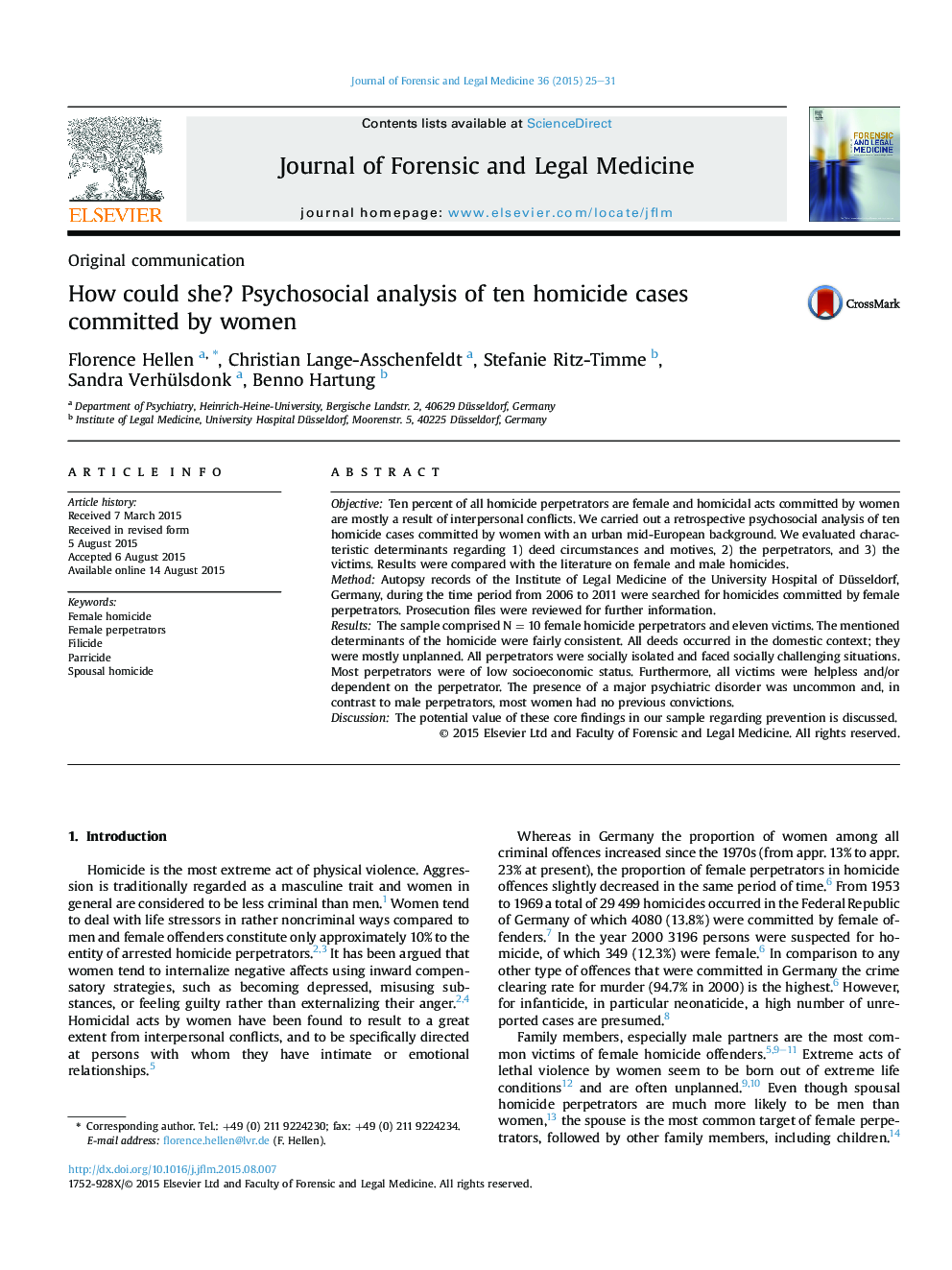 • Circumstantial, perpetrator, and victim determinants were fairly consistent.
• All deeds occurred in the domestic context and nearly all were unplanned.
• All perpetrators were socially isolated and all victims were helpless or dependent.
• Most perpetrators had a low socioeconomic status and no major psychiatric diagnosis.
• Previous convictions were uncommon in this female sample.

ObjectiveTen percent of all homicide perpetrators are female and homicidal acts committed by women are mostly a result of interpersonal conflicts. We carried out a retrospective psychosocial analysis of ten homicide cases committed by women with an urban mid-European background. We evaluated characteristic determinants regarding 1) deed circumstances and motives, 2) the perpetrators, and 3) the victims. Results were compared with the literature on female and male homicides.MethodAutopsy records of the Institute of Legal Medicine of the University Hospital of Düsseldorf, Germany, during the time period from 2006 to 2011 were searched for homicides committed by female perpetrators. Prosecution files were reviewed for further information.ResultsThe sample comprised N = 10 female homicide perpetrators and eleven victims. The mentioned determinants of the homicide were fairly consistent. All deeds occurred in the domestic context; they were mostly unplanned. All perpetrators were socially isolated and faced socially challenging situations. Most perpetrators were of low socioeconomic status. Furthermore, all victims were helpless and/or dependent on the perpetrator. The presence of a major psychiatric disorder was uncommon and, in contrast to male perpetrators, most women had no previous convictions.DiscussionThe potential value of these core findings in our sample regarding prevention is discussed.