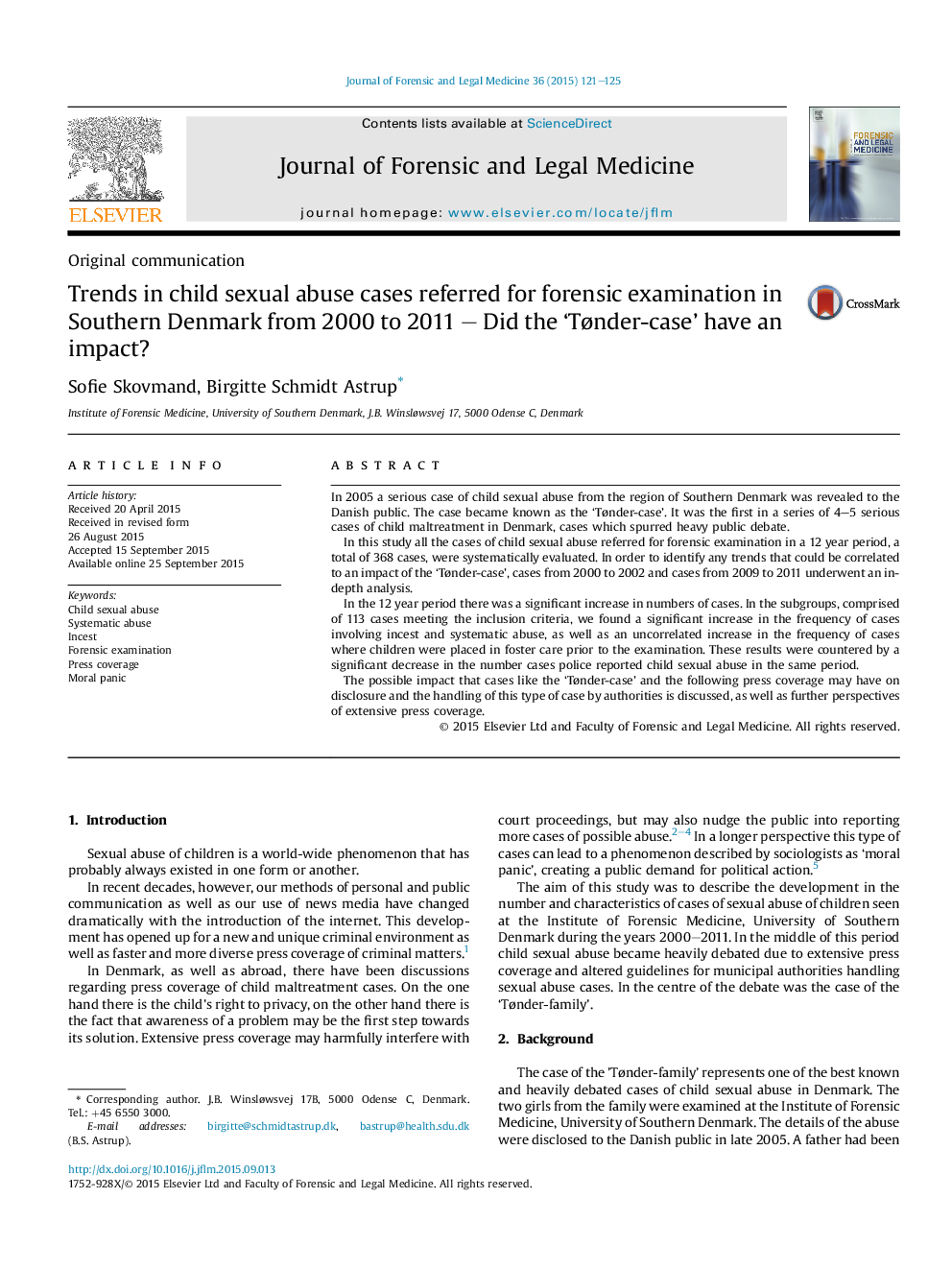 • The ‘Tønder-case’ had an impact on child sexual abuse cases in years that followed.
• We found an increase in cases of incest and systematic abuse.
• There was no change in findings at the forensic examination.
• When heavily debated, child abuse cases has deep impact on society's fundamentals.

In 2005 a serious case of child sexual abuse from the region of Southern Denmark was revealed to the Danish public. The case became known as the ‘Tønder-case’. It was the first in a series of 4–5 serious cases of child maltreatment in Denmark, cases which spurred heavy public debate.In this study all the cases of child sexual abuse referred for forensic examination in a 12 year period, a total of 368 cases, were systematically evaluated. In order to identify any trends that could be correlated to an impact of the ‘Tønder-case’, cases from 2000 to 2002 and cases from 2009 to 2011 underwent an in-depth analysis.In the 12 year period there was a significant increase in numbers of cases. In the subgroups, comprised of 113 cases meeting the inclusion criteria, we found a significant increase in the frequency of cases involving incest and systematic abuse, as well as an uncorrelated increase in the frequency of cases where children were placed in foster care prior to the examination. These results were countered by a significant decrease in the number cases police reported child sexual abuse in the same period.The possible impact that cases like the ‘Tønder-case’ and the following press coverage may have on disclosure and the handling of this type of case by authorities is discussed, as well as further perspectives of extensive press coverage.