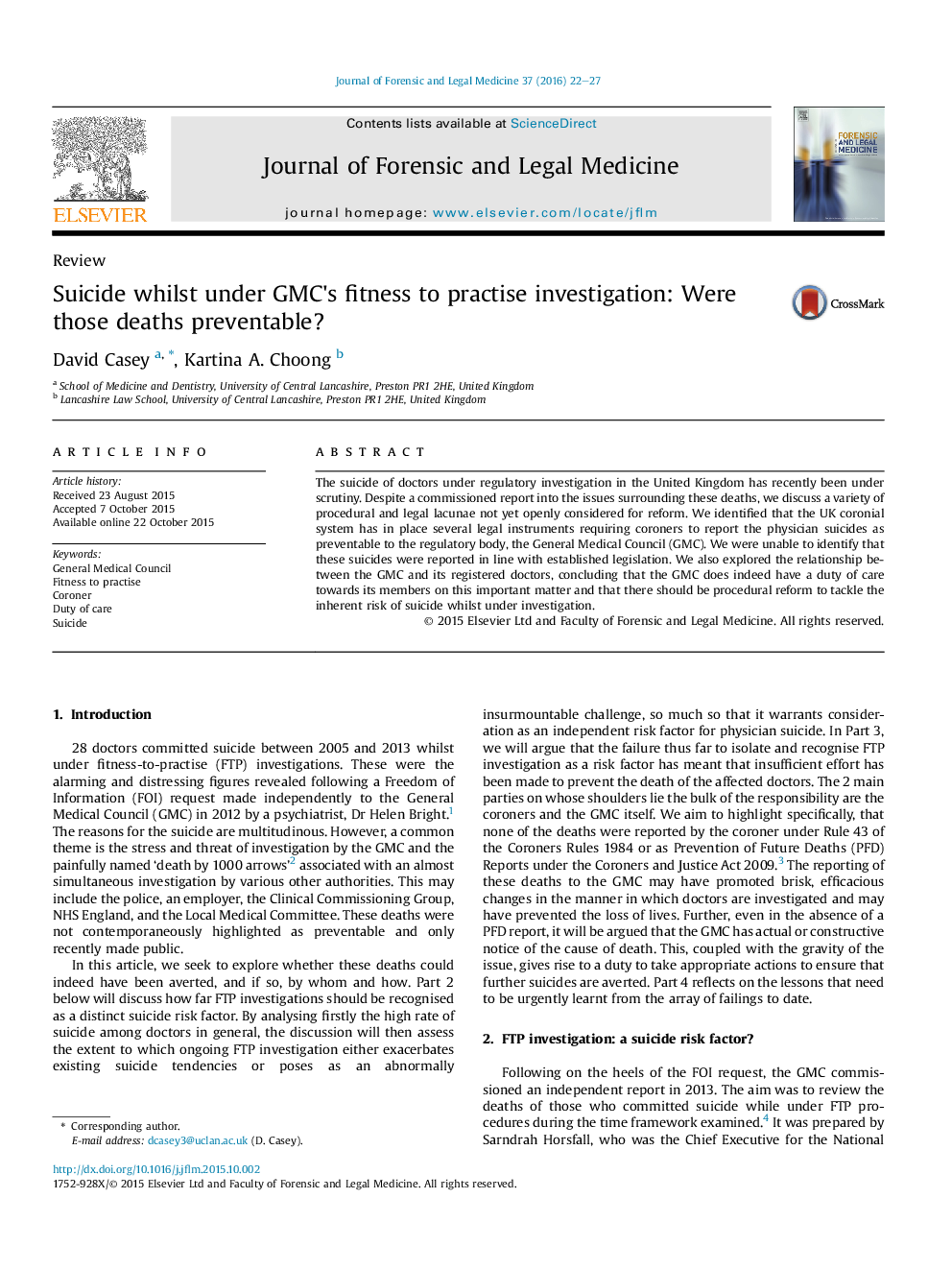 • Medical doctors have a high rate of suicide.
• Professional regulatory investigation is a risk-factor for suicide.
• Coroners should identify deaths and report them to prevent further deaths.
• The General Medical Council has a demonstrable duty of care towards doctors.
• Modification of existing operational practices is needed.

The suicide of doctors under regulatory investigation in the United Kingdom has recently been under scrutiny. Despite a commissioned report into the issues surrounding these deaths, we discuss a variety of procedural and legal lacunae not yet openly considered for reform. We identified that the UK coronial system has in place several legal instruments requiring coroners to report the physician suicides as preventable to the regulatory body, the General Medical Council (GMC). We were unable to identify that these suicides were reported in line with established legislation. We also explored the relationship between the GMC and its registered doctors, concluding that the GMC does indeed have a duty of care towards its members on this important matter and that there should be procedural reform to tackle the inherent risk of suicide whilst under investigation.