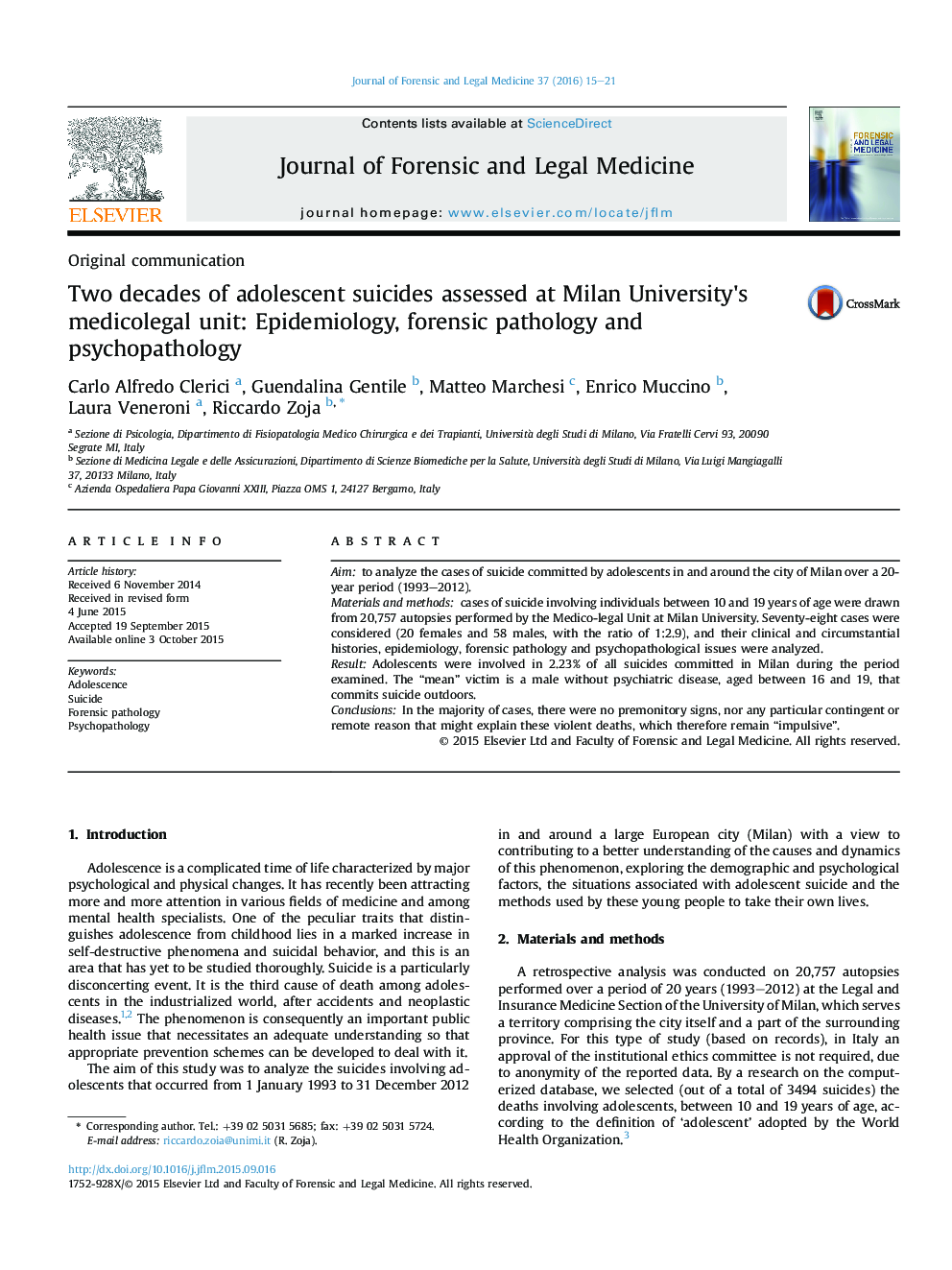 • Seventy-eight autopsy cases of adolescents suicide in 20 years were analyzed.
• Epidemiology, forensic pathology and psychopathological data were discussed.
• Adolescents were involved in 2.23% of all suicides committed in the Milan area.
• In the majority of cases there were no premonitory signs or particular motives.

Aimto analyze the cases of suicide committed by adolescents in and around the city of Milan over a 20-year period (1993–2012).Materials and methodscases of suicide involving individuals between 10 and 19 years of age were drawn from 20,757 autopsies performed by the Medico-legal Unit at Milan University. Seventy-eight cases were considered (20 females and 58 males, with the ratio of 1:2.9), and their clinical and circumstantial histories, epidemiology, forensic pathology and psychopathological issues were analyzed.ResultAdolescents were involved in 2.23% of all suicides committed in Milan during the period examined. The “mean” victim is a male without psychiatric disease, aged between 16 and 19, that commits suicide outdoors.ConclusionsIn the majority of cases, there were no premonitory signs, nor any particular contingent or remote reason that might explain these violent deaths, which therefore remain “impulsive”.