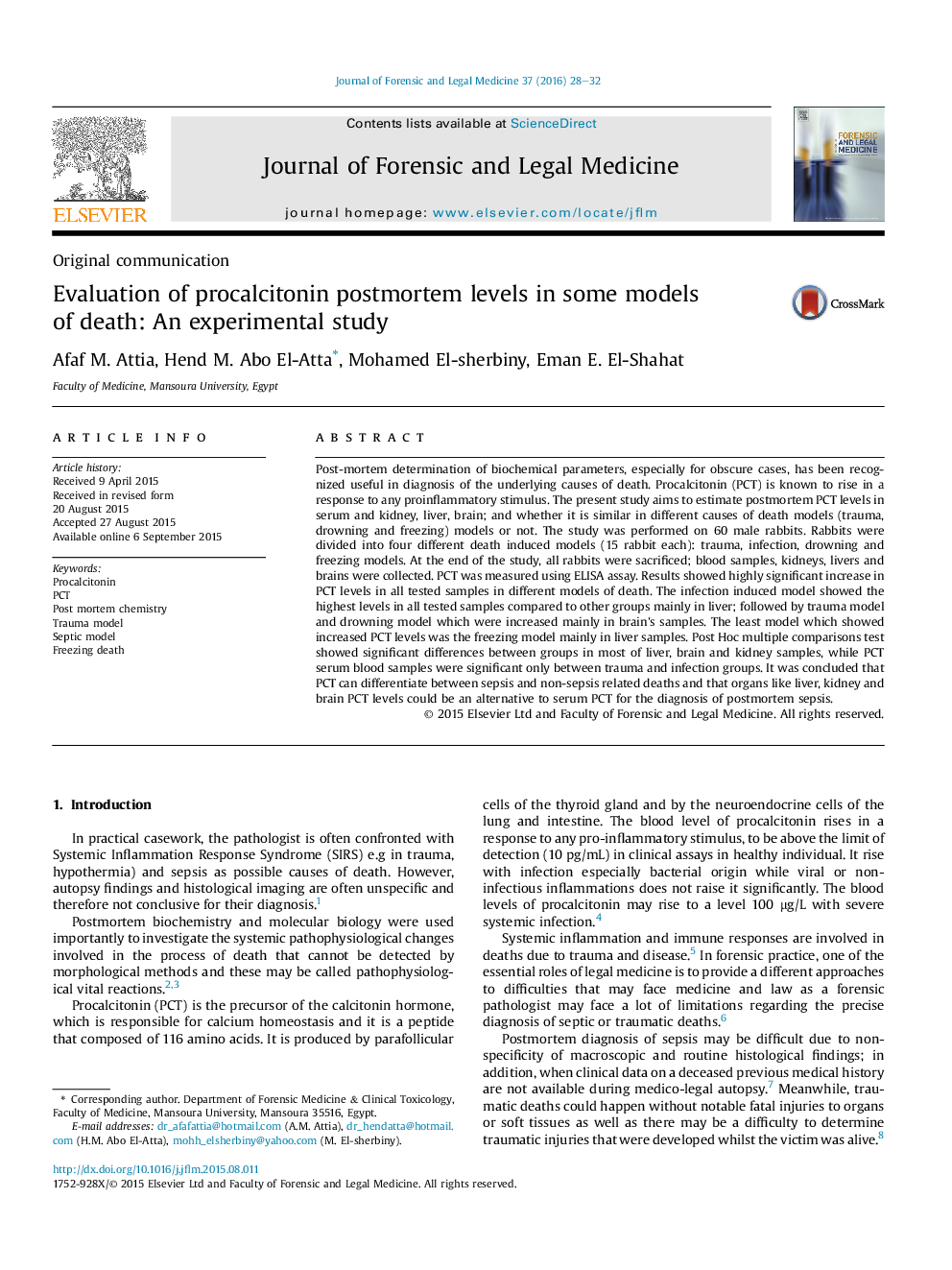 Post-mortem determination of biochemical parameters, especially for obscure cases, has been recognized useful in diagnosis of the underlying causes of death. Procalcitonin (PCT) is known to rise in a response to any proinflammatory stimulus. The present study aims to estimate postmortem PCT levels in serum and kidney, liver, brain; and whether it is similar in different causes of death models (trauma, drowning and freezing) models or not. The study was performed on 60 male rabbits. Rabbits were divided into four different death induced models (15 rabbit each): trauma, infection, drowning and freezing models. At the end of the study, all rabbits were sacrificed; blood samples, kidneys, livers and brains were collected. PCT was measured using ELISA assay. Results showed highly significant increase in PCT levels in all tested samples in different models of death. The infection induced model showed the highest levels in all tested samples compared to other groups mainly in liver; followed by trauma model and drowning model which were increased mainly in brain's samples. The least model which showed increased PCT levels was the freezing model mainly in liver samples. Post Hoc multiple comparisons test showed significant differences between groups in most of liver, brain and kidney samples, while PCT serum blood samples were significant only between trauma and infection groups. It was concluded that PCT can differentiate between sepsis and non-sepsis related deaths and that organs like liver, kidney and brain PCT levels could be an alternative to serum PCT for the diagnosis of postmortem sepsis.