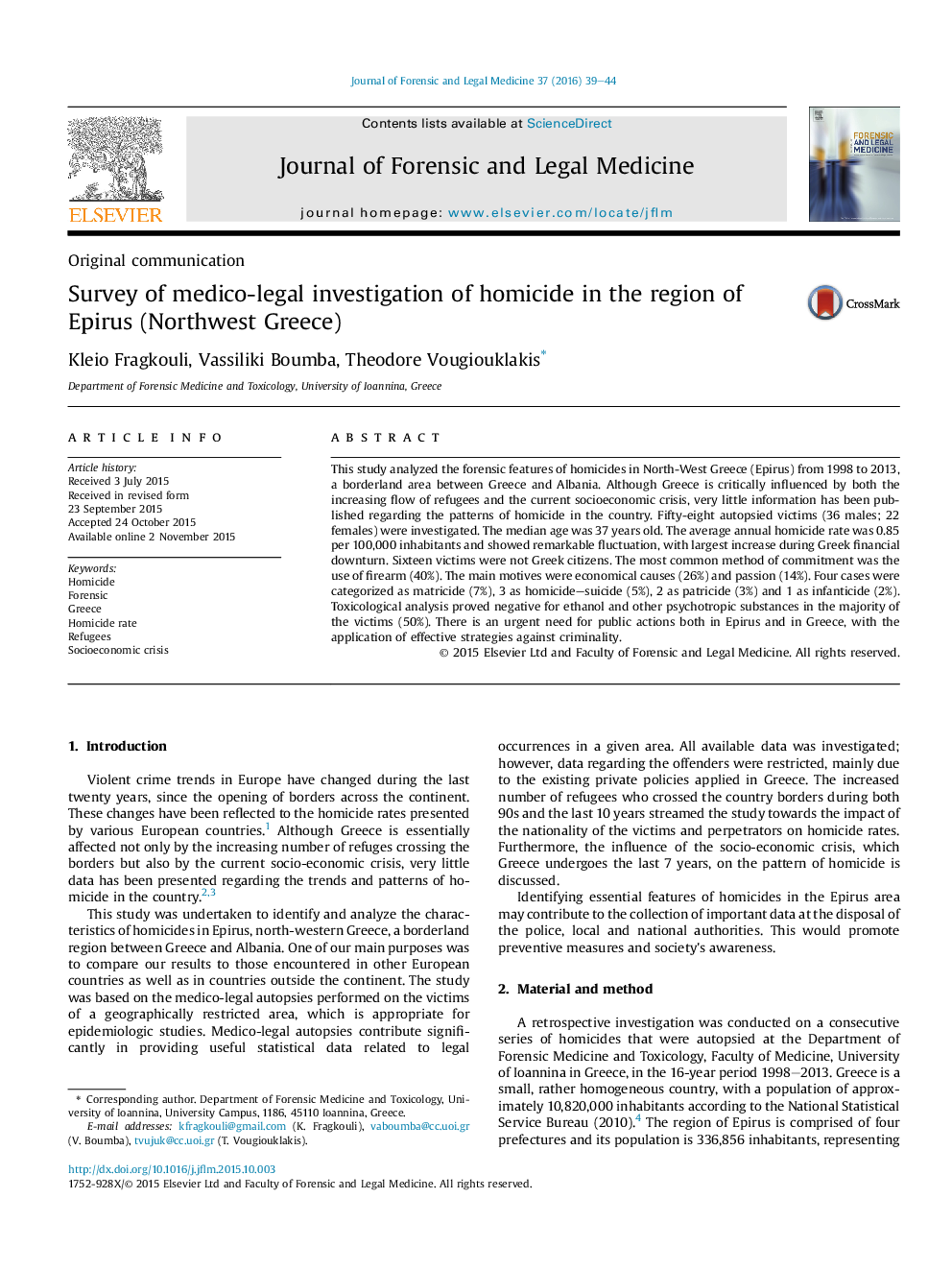 • We retrospectively investigated the characteristics of homicides in Epirus, Greece.
• The average homicide rate was 0.85/100,000 inhabitants, with an increasing tendency.
• Intrafamily homicides showed a remarkable increase the last 8 years.
• Most victims were elderly individuals and the main motive was economical causes.
• Flow of refugees and Greek financial crisis affected homicide rate.

This study analyzed the forensic features of homicides in North-West Greece (Epirus) from 1998 to 2013, a borderland area between Greece and Albania. Although Greece is critically influenced by both the increasing flow of refugees and the current socioeconomic crisis, very little information has been published regarding the patterns of homicide in the country. Fifty-eight autopsied victims (36 males; 22 females) were investigated. The median age was 37 years old. The average annual homicide rate was 0.85 per 100,000 inhabitants and showed remarkable fluctuation, with largest increase during Greek financial downturn. Sixteen victims were not Greek citizens. The most common method of commitment was the use of firearm (40%). The main motives were economical causes (26%) and passion (14%). Four cases were categorized as matricide (7%), 3 as homicide–suicide (5%), 2 as patricide (3%) and 1 as infanticide (2%). Toxicological analysis proved negative for ethanol and other psychotropic substances in the majority of the victims (50%). There is an urgent need for public actions both in Epirus and in Greece, with the application of effective strategies against criminality.