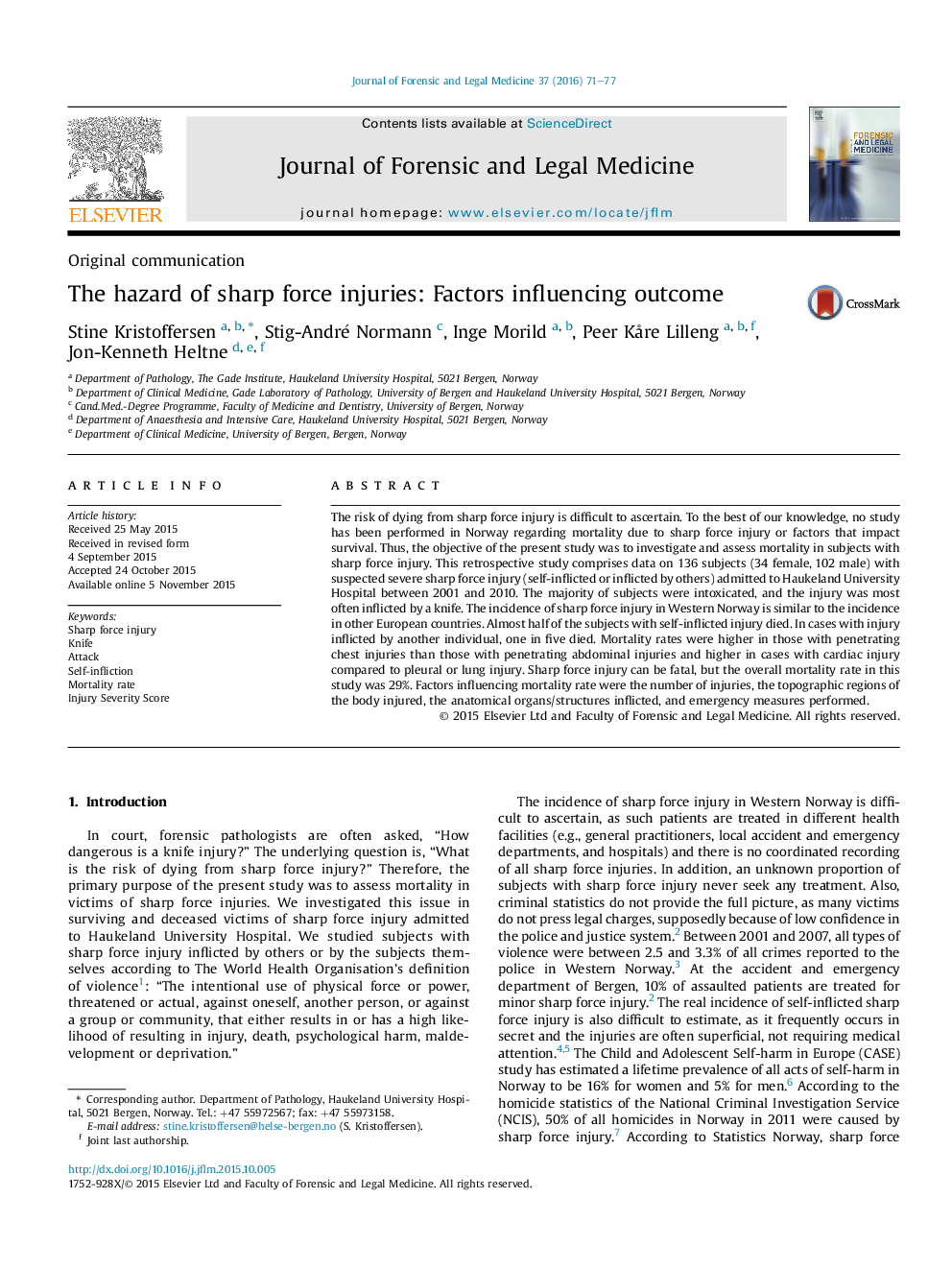 The risk of dying from sharp force injury is difficult to ascertain. To the best of our knowledge, no study has been performed in Norway regarding mortality due to sharp force injury or factors that impact survival. Thus, the objective of the present study was to investigate and assess mortality in subjects with sharp force injury. This retrospective study comprises data on 136 subjects (34 female, 102 male) with suspected severe sharp force injury (self-inflicted or inflicted by others) admitted to Haukeland University Hospital between 2001 and 2010. The majority of subjects were intoxicated, and the injury was most often inflicted by a knife. The incidence of sharp force injury in Western Norway is similar to the incidence in other European countries. Almost half of the subjects with self-inflicted injury died. In cases with injury inflicted by another individual, one in five died. Mortality rates were higher in those with penetrating chest injuries than those with penetrating abdominal injuries and higher in cases with cardiac injury compared to pleural or lung injury. Sharp force injury can be fatal, but the overall mortality rate in this study was 29%. Factors influencing mortality rate were the number of injuries, the topographic regions of the body injured, the anatomical organs/structures inflicted, and emergency measures performed.