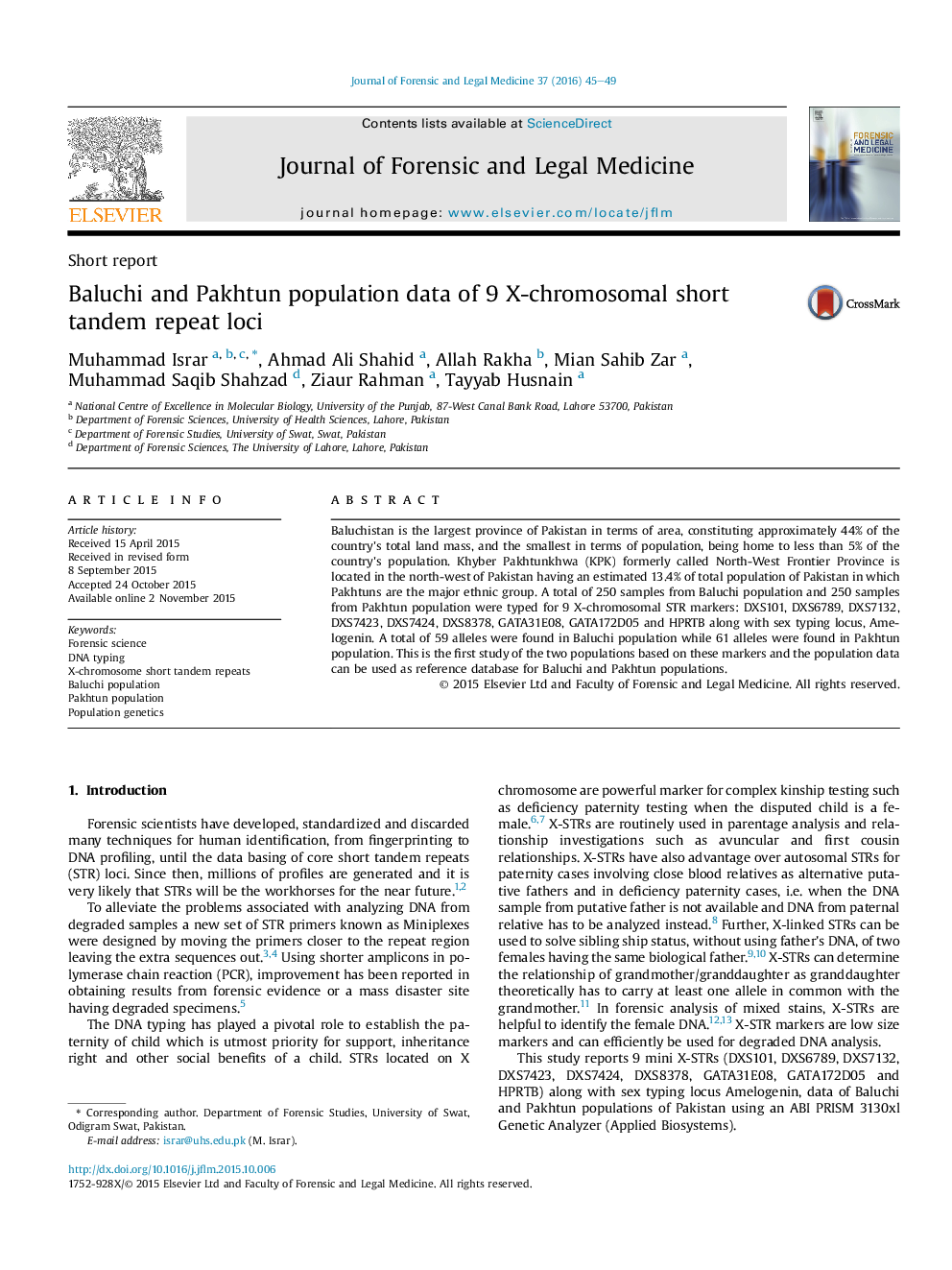 Baluchistan is the largest province of Pakistan in terms of area, constituting approximately 44% of the country's total land mass, and the smallest in terms of population, being home to less than 5% of the country's population. Khyber Pakhtunkhwa (KPK) formerly called North-West Frontier Province is located in the north-west of Pakistan having an estimated 13.4% of total population of Pakistan in which Pakhtuns are the major ethnic group. A total of 250 samples from Baluchi population and 250 samples from Pakhtun population were typed for 9 X-chromosomal STR markers: DXS101, DXS6789, DXS7132, DXS7423, DXS7424, DXS8378, GATA31E08, GATA172D05 and HPRTB along with sex typing locus, Amelogenin. A total of 59 alleles were found in Baluchi population while 61 alleles were found in Pakhtun population. This is the first study of the two populations based on these markers and the population data can be used as reference database for Baluchi and Pakhtun populations.