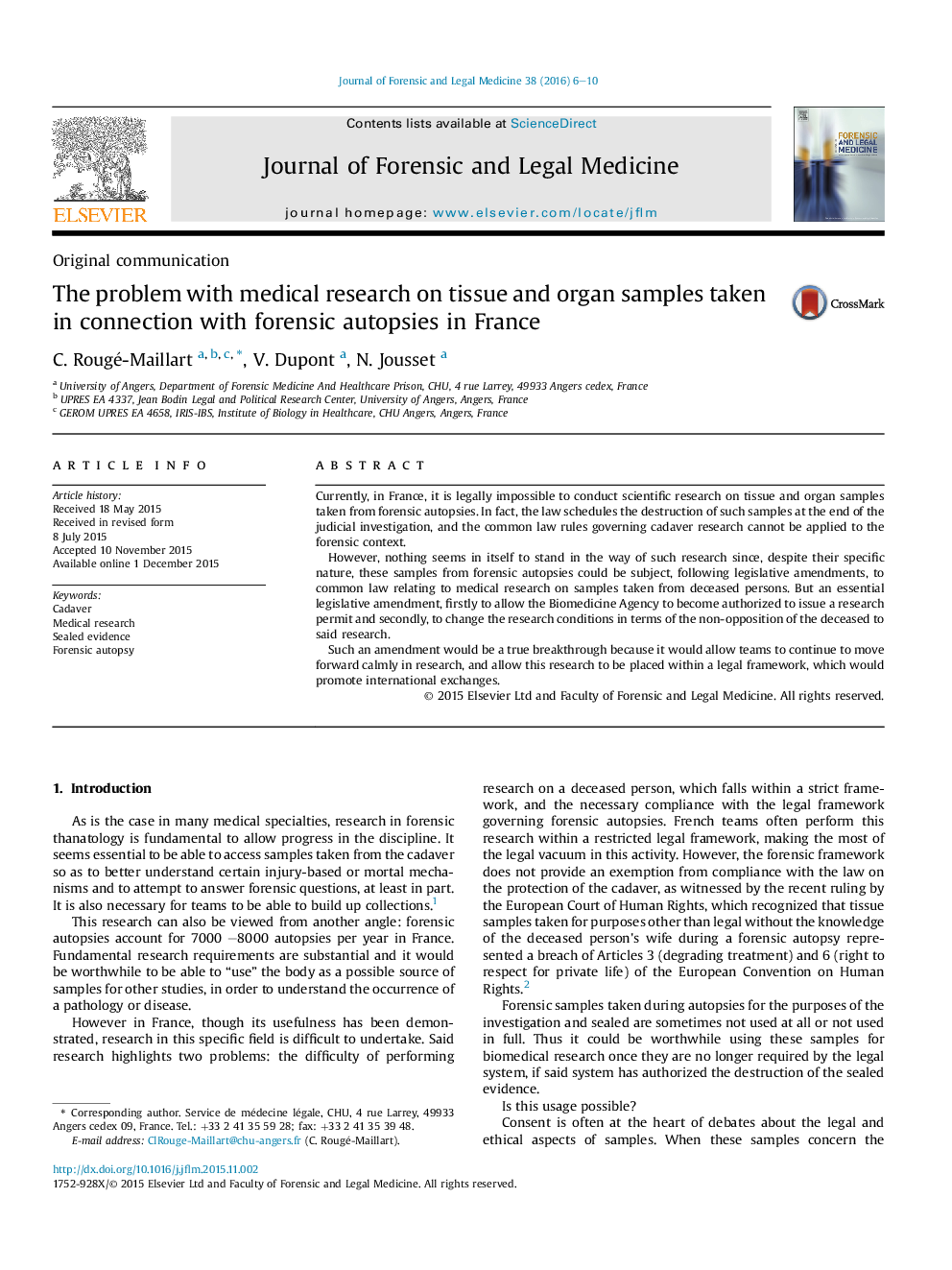 • Authors explain the legal status of samples from forensic autopsies in France.
• Authors explain the legislation concerning research on sample taken from cadavers.
• Difficulties to apply these rules to forensic samples taken during autopsies.
• Difficulties to respect conditions of authorization and conditions of non-opposition.
• Authors propose a legislative adaptation and perhaps an international harmonization.

Currently, in France, it is legally impossible to conduct scientific research on tissue and organ samples taken from forensic autopsies. In fact, the law schedules the destruction of such samples at the end of the judicial investigation, and the common law rules governing cadaver research cannot be applied to the forensic context.However, nothing seems in itself to stand in the way of such research since, despite their specific nature, these samples from forensic autopsies could be subject, following legislative amendments, to common law relating to medical research on samples taken from deceased persons. But an essential legislative amendment, firstly to allow the Biomedicine Agency to become authorized to issue a research permit and secondly, to change the research conditions in terms of the non-opposition of the deceased to said research.Such an amendment would be a true breakthrough because it would allow teams to continue to move forward calmly in research, and allow this research to be placed within a legal framework, which would promote international exchanges.