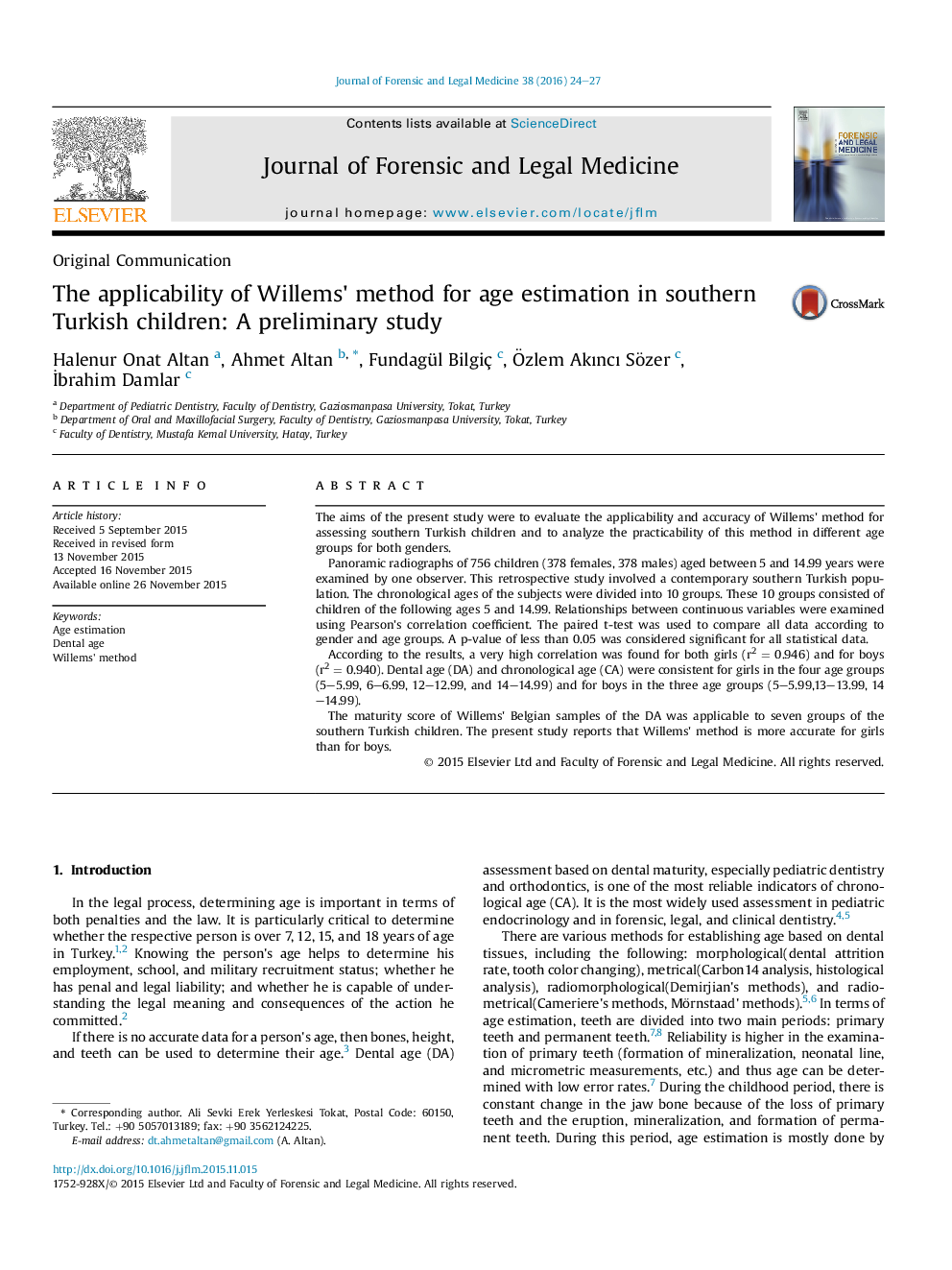 The aims of the present study were to evaluate the applicability and accuracy of Willems' method for assessing southern Turkish children and to analyze the practicability of this method in different age groups for both genders.Panoramic radiographs of 756 children (378 females, 378 males) aged between 5 and 14.99 years were examined by one observer. This retrospective study involved a contemporary southern Turkish population. The chronological ages of the subjects were divided into 10 groups. These 10 groups consisted of children of the following ages 5 and 14.99. Relationships between continuous variables were examined using Pearson's correlation coefficient. The paired t-test was used to compare all data according to gender and age groups. A p-value of less than 0.05 was considered significant for all statistical data.According to the results, a very high correlation was found for both girls (r2 = 0.946) and for boys (r2 = 0.940). Dental age (DA) and chronological age (CA) were consistent for girls in the four age groups (5–5.99, 6–6.99, 12–12.99, and 14–14.99) and for boys in the three age groups (5–5.99,13–13.99, 14–14.99).The maturity score of Willems' Belgian samples of the DA was applicable to seven groups of the southern Turkish children. The present study reports that Willems' method is more accurate for girls than for boys.