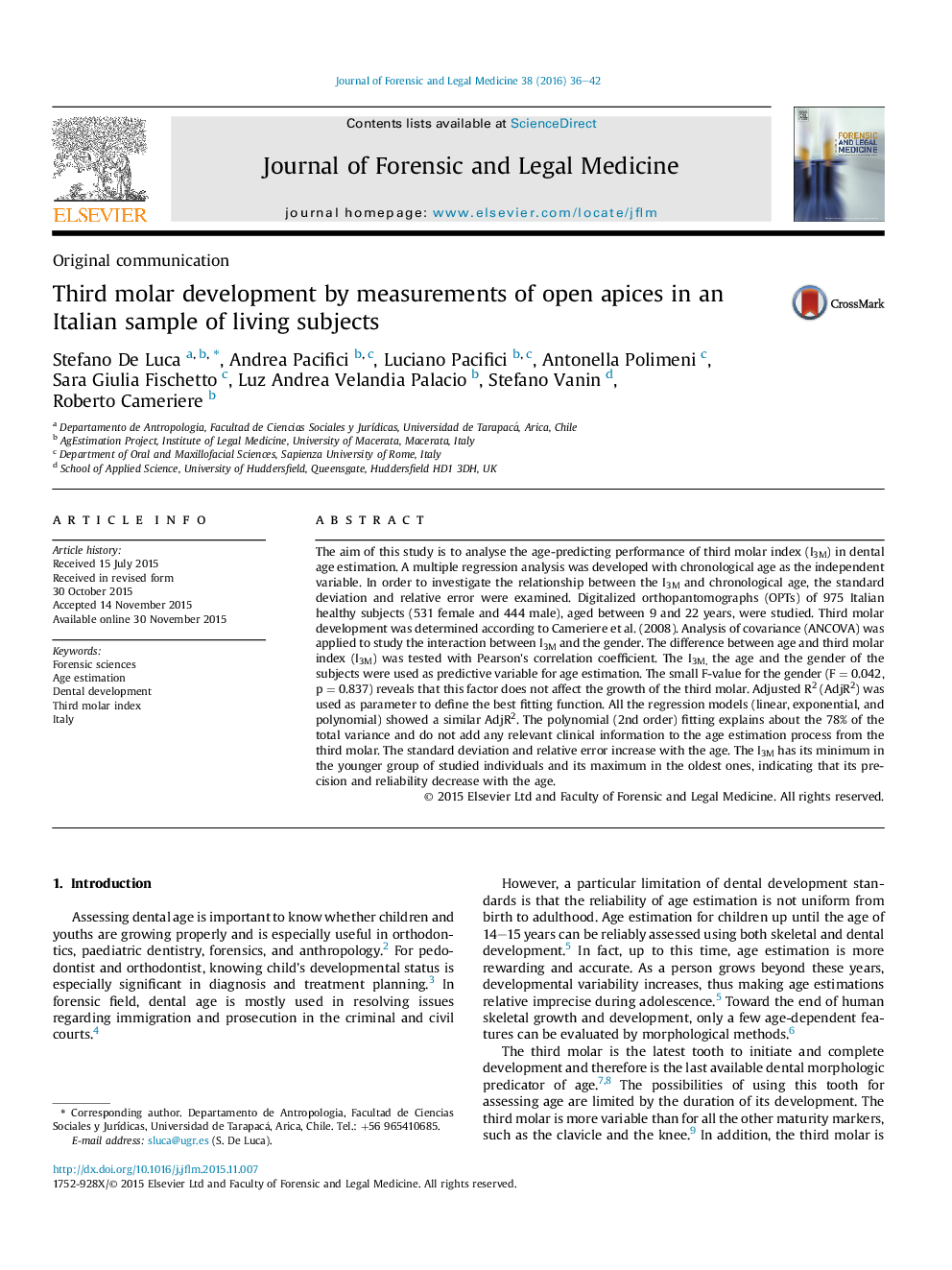 • Dental age estimation is crucial in clinical and forensic dentistry.
• A sample of 975 Italian healthy children, aged between 9 and 22 years, was studied.
• The left lower molar index (I3M) was evaluated for the purpose of age estimation.
• Best fittings of the function I3M was generated using linear, exponential and polynomial functions.
• The standard deviation and relative error increase with age.

The aim of this study is to analyse the age-predicting performance of third molar index (I3M) in dental age estimation. A multiple regression analysis was developed with chronological age as the independent variable. In order to investigate the relationship between the I3M and chronological age, the standard deviation and relative error were examined. Digitalized orthopantomographs (OPTs) of 975 Italian healthy subjects (531 female and 444 male), aged between 9 and 22 years, were studied. Third molar development was determined according to Cameriere et al. (2008). Analysis of covariance (ANCOVA) was applied to study the interaction between I3M and the gender. The difference between age and third molar index (I3M) was tested with Pearson's correlation coefficient. The I3M, the age and the gender of the subjects were used as predictive variable for age estimation. The small F-value for the gender (F = 0.042, p = 0.837) reveals that this factor does not affect the growth of the third molar. Adjusted R2 (AdjR2) was used as parameter to define the best fitting function. All the regression models (linear, exponential, and polynomial) showed a similar AdjR2. The polynomial (2nd order) fitting explains about the 78% of the total variance and do not add any relevant clinical information to the age estimation process from the third molar. The standard deviation and relative error increase with the age. The I3M has its minimum in the younger group of studied individuals and its maximum in the oldest ones, indicating that its precision and reliability decrease with the age.