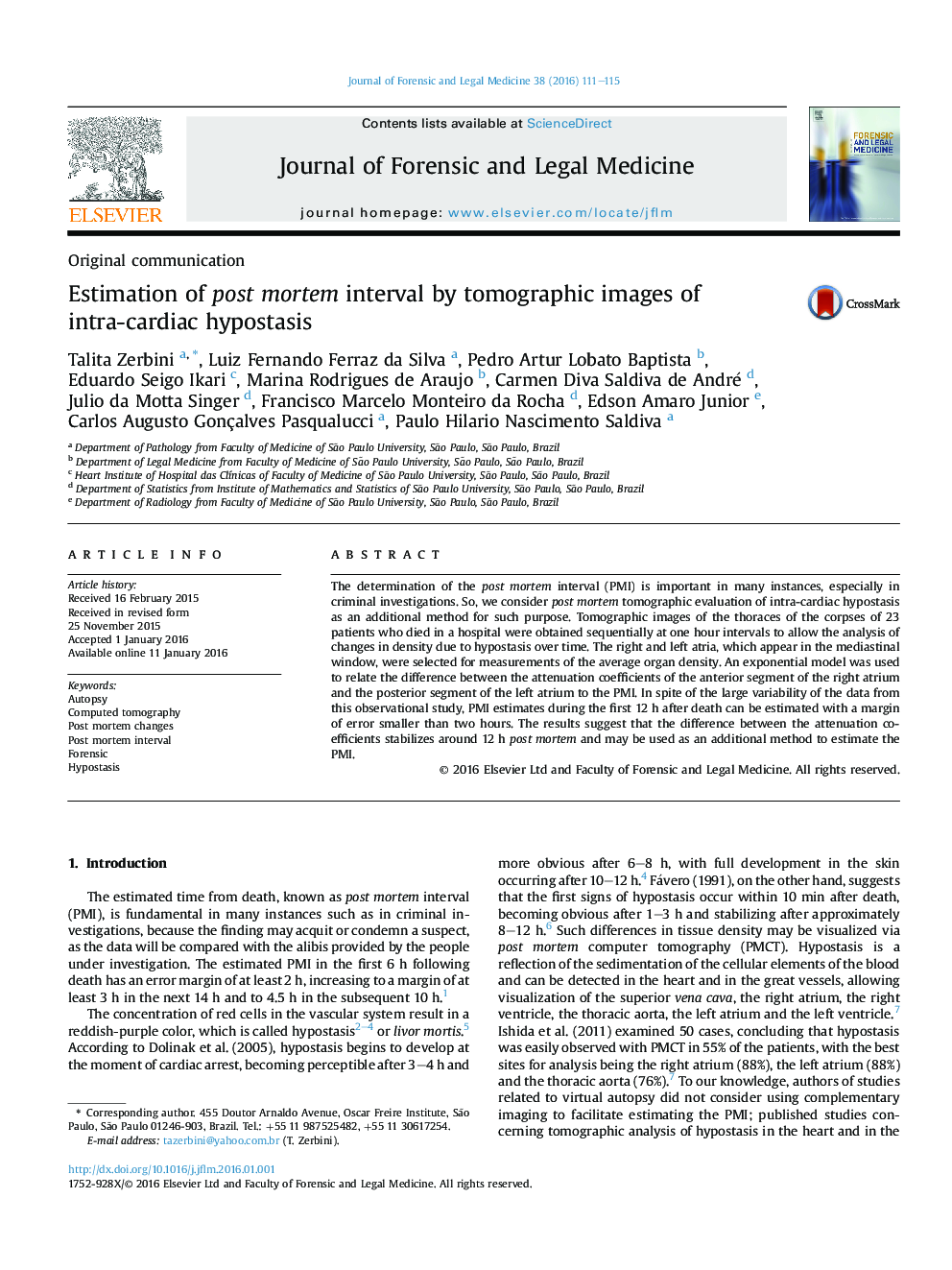 • We examine post mortem changes with PMCT.
• We attempt to assess the feasibility of using quantitative analyses of PMI with PMCT.
• Analysis of the hypostasis using PMCT can be reproduced as many times as needed.

The determination of the post mortem interval (PMI) is important in many instances, especially in criminal investigations. So, we consider post mortem tomographic evaluation of intra-cardiac hypostasis as an additional method for such purpose. Tomographic images of the thoraces of the corpses of 23 patients who died in a hospital were obtained sequentially at one hour intervals to allow the analysis of changes in density due to hypostasis over time. The right and left atria, which appear in the mediastinal window, were selected for measurements of the average organ density. An exponential model was used to relate the difference between the attenuation coefficients of the anterior segment of the right atrium and the posterior segment of the left atrium to the PMI. In spite of the large variability of the data from this observational study, PMI estimates during the first 12 h after death can be estimated with a margin of error smaller than two hours. The results suggest that the difference between the attenuation coefficients stabilizes around 12 h post mortem and may be used as an additional method to estimate the PMI.