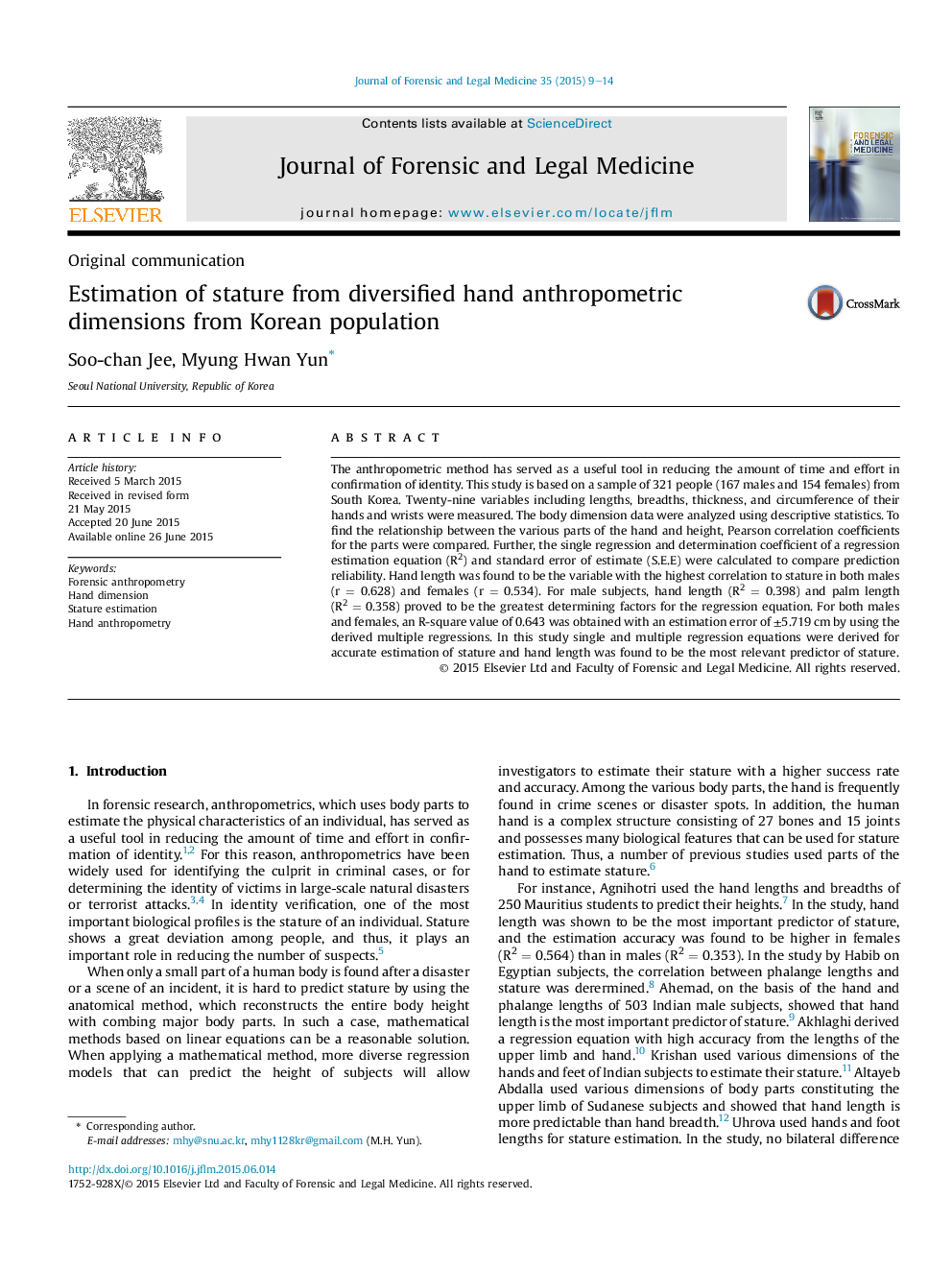 The anthropometric method has served as a useful tool in reducing the amount of time and effort in confirmation of identity. This study is based on a sample of 321 people (167 males and 154 females) from South Korea. Twenty-nine variables including lengths, breadths, thickness, and circumference of their hands and wrists were measured. The body dimension data were analyzed using descriptive statistics. To find the relationship between the various parts of the hand and height, Pearson correlation coefficients for the parts were compared. Further, the single regression and determination coefficient of a regression estimation equation (R2) and standard error of estimate (S.E.E) were calculated to compare prediction reliability. Hand length was found to be the variable with the highest correlation to stature in both males (r = 0.628) and females (r = 0.534). For male subjects, hand length (R2 = 0.398) and palm length (R2 = 0.358) proved to be the greatest determining factors for the regression equation. For both males and females, an R-square value of 0.643 was obtained with an estimation error of ±5.719 cm by using the derived multiple regressions. In this study single and multiple regression equations were derived for accurate estimation of stature and hand length was found to be the most relevant predictor of stature.