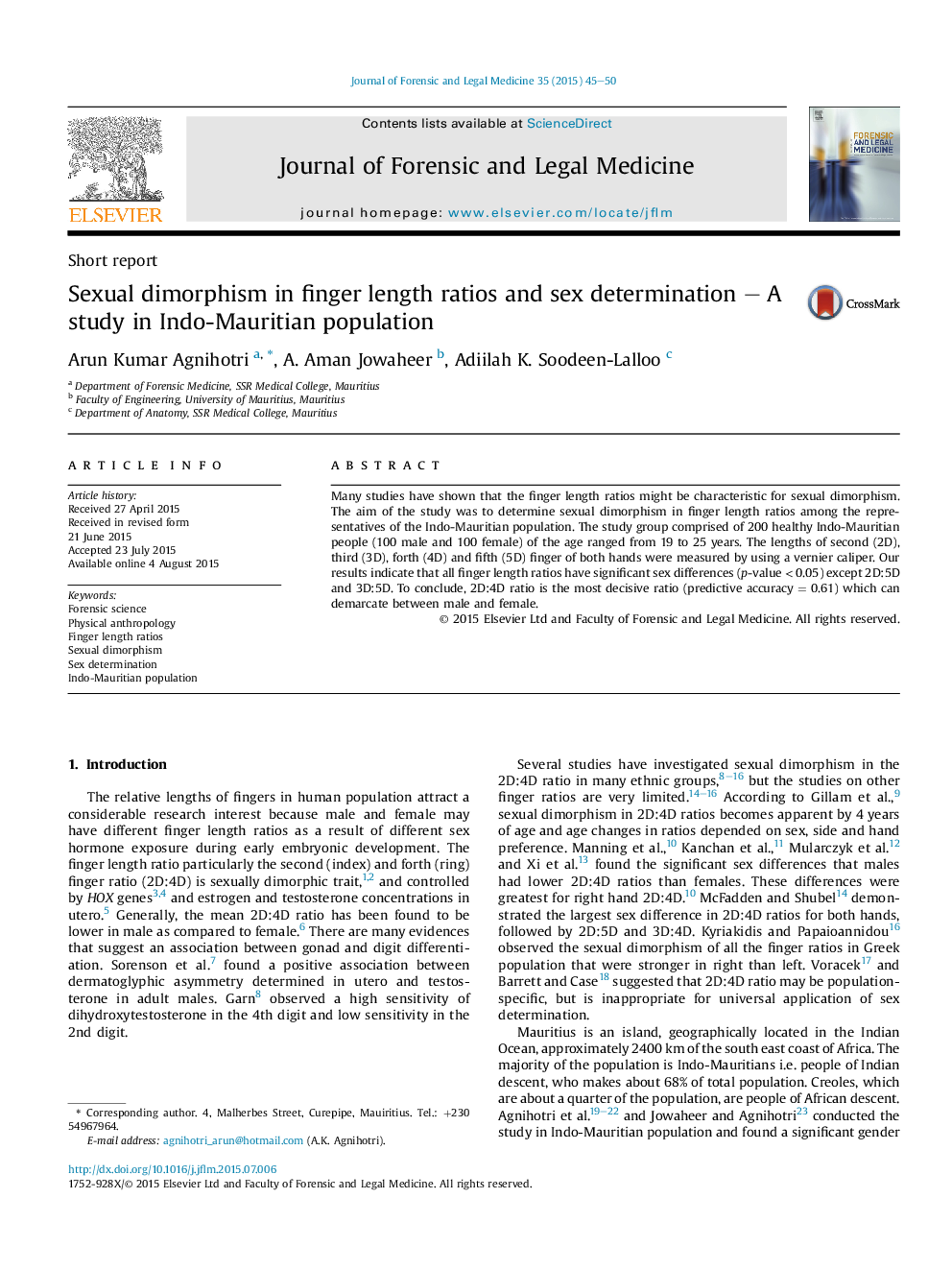 • All finger length ratios have significant sex differences except 2D:5D & 3D:5D.
• 2D:4D is the most decisive ratio which can be used for sex determination.
• The 2D:4D ratio of ≤1 is suggestive male, while a ratio of >1 is of female.

Many studies have shown that the finger length ratios might be characteristic for sexual dimorphism. The aim of the study was to determine sexual dimorphism in finger length ratios among the representatives of the Indo-Mauritian population. The study group comprised of 200 healthy Indo-Mauritian people (100 male and 100 female) of the age ranged from 19 to 25 years. The lengths of second (2D), third (3D), forth (4D) and fifth (5D) finger of both hands were measured by using a vernier caliper. Our results indicate that all finger length ratios have significant sex differences (p-value < 0.05) except 2D:5D and 3D:5D. To conclude, 2D:4D ratio is the most decisive ratio (predictive accuracy = 0.61) which can demarcate between male and female.