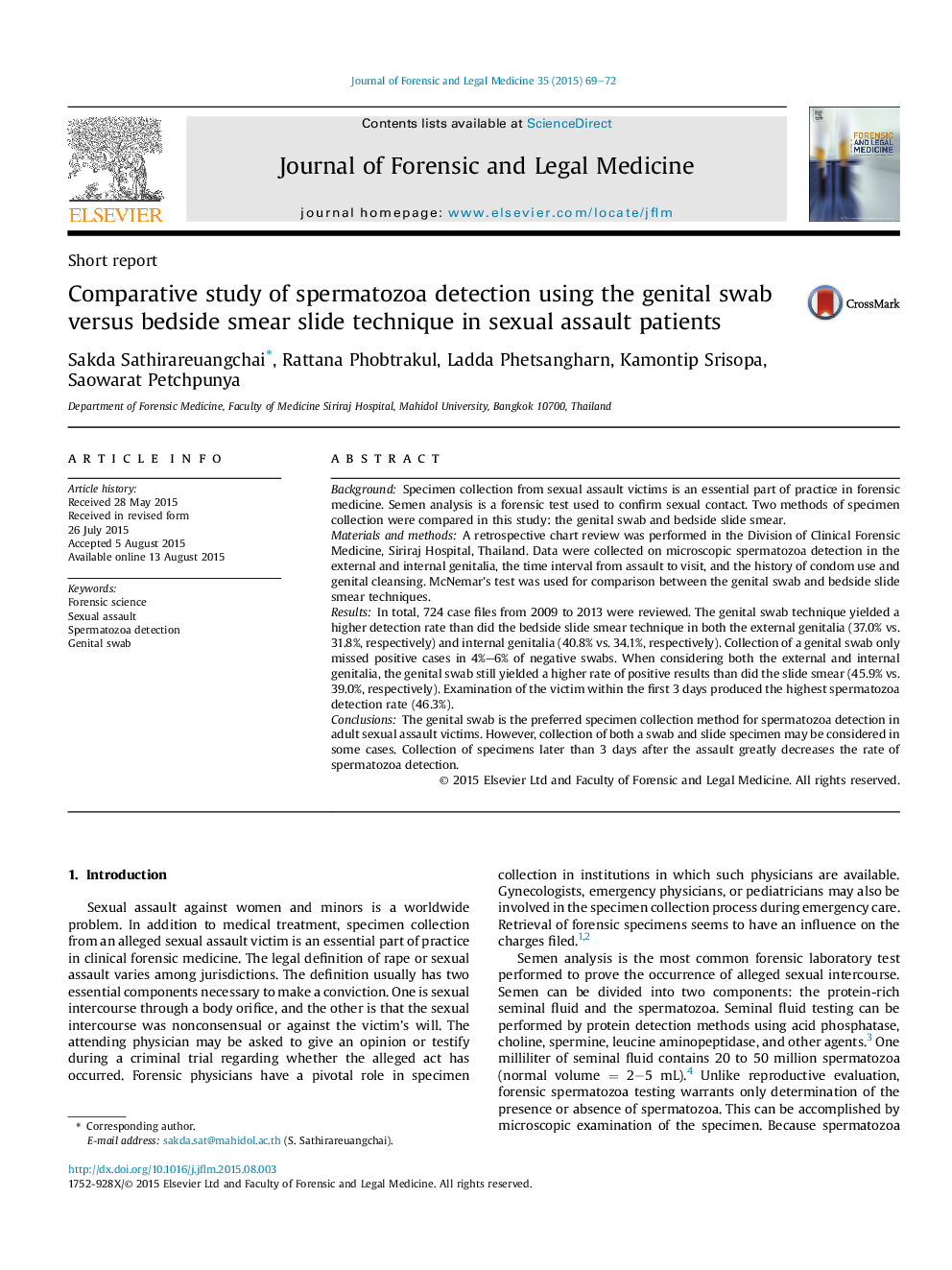 BackgroundSpecimen collection from sexual assault victims is an essential part of practice in forensic medicine. Semen analysis is a forensic test used to confirm sexual contact. Two methods of specimen collection were compared in this study: the genital swab and bedside slide smear.Materials and methodsA retrospective chart review was performed in the Division of Clinical Forensic Medicine, Siriraj Hospital, Thailand. Data were collected on microscopic spermatozoa detection in the external and internal genitalia, the time interval from assault to visit, and the history of condom use and genital cleansing. McNemar's test was used for comparison between the genital swab and bedside slide smear techniques.ResultsIn total, 724 case files from 2009 to 2013 were reviewed. The genital swab technique yielded a higher detection rate than did the bedside slide smear technique in both the external genitalia (37.0% vs. 31.8%, respectively) and internal genitalia (40.8% vs. 34.1%, respectively). Collection of a genital swab only missed positive cases in 4%–6% of negative swabs. When considering both the external and internal genitalia, the genital swab still yielded a higher rate of positive results than did the slide smear (45.9% vs. 39.0%, respectively). Examination of the victim within the first 3 days produced the highest spermatozoa detection rate (46.3%).ConclusionsThe genital swab is the preferred specimen collection method for spermatozoa detection in adult sexual assault victims. However, collection of both a swab and slide specimen may be considered in some cases. Collection of specimens later than 3 days after the assault greatly decreases the rate of spermatozoa detection.