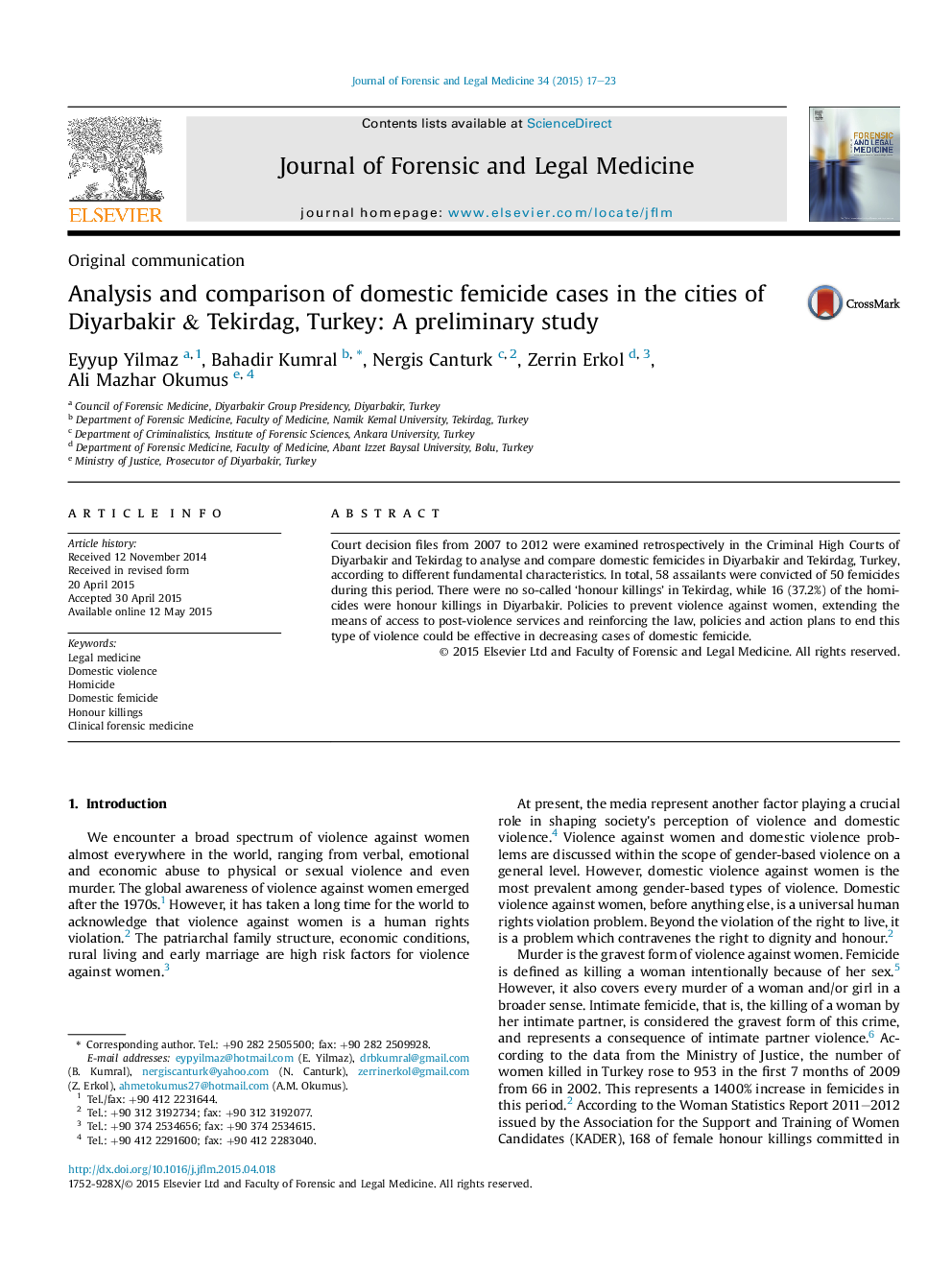 • We examined femicide cases in two cities which have different basic characteristics.
• A part of customary homicides are processing by children.
• Being in the young-adult age group constituted a risk for the act of spouse killing.
• Unemployment is a risk factor for committing domestic murder.
• The lack of economic independence of women is a risk factor for becoming the victims of domestic murders.

Court decision files from 2007 to 2012 were examined retrospectively in the Criminal High Courts of Diyarbakir and Tekirdag to analyse and compare domestic femicides in Diyarbakir and Tekirdag, Turkey, according to different fundamental characteristics. In total, 58 assailants were convicted of 50 femicides during this period. There were no so-called ‘honour killings’ in Tekirdag, while 16 (37.2%) of the homicides were honour killings in Diyarbakir. Policies to prevent violence against women, extending the means of access to post-violence services and reinforcing the law, policies and action plans to end this type of violence could be effective in decreasing cases of domestic femicide.