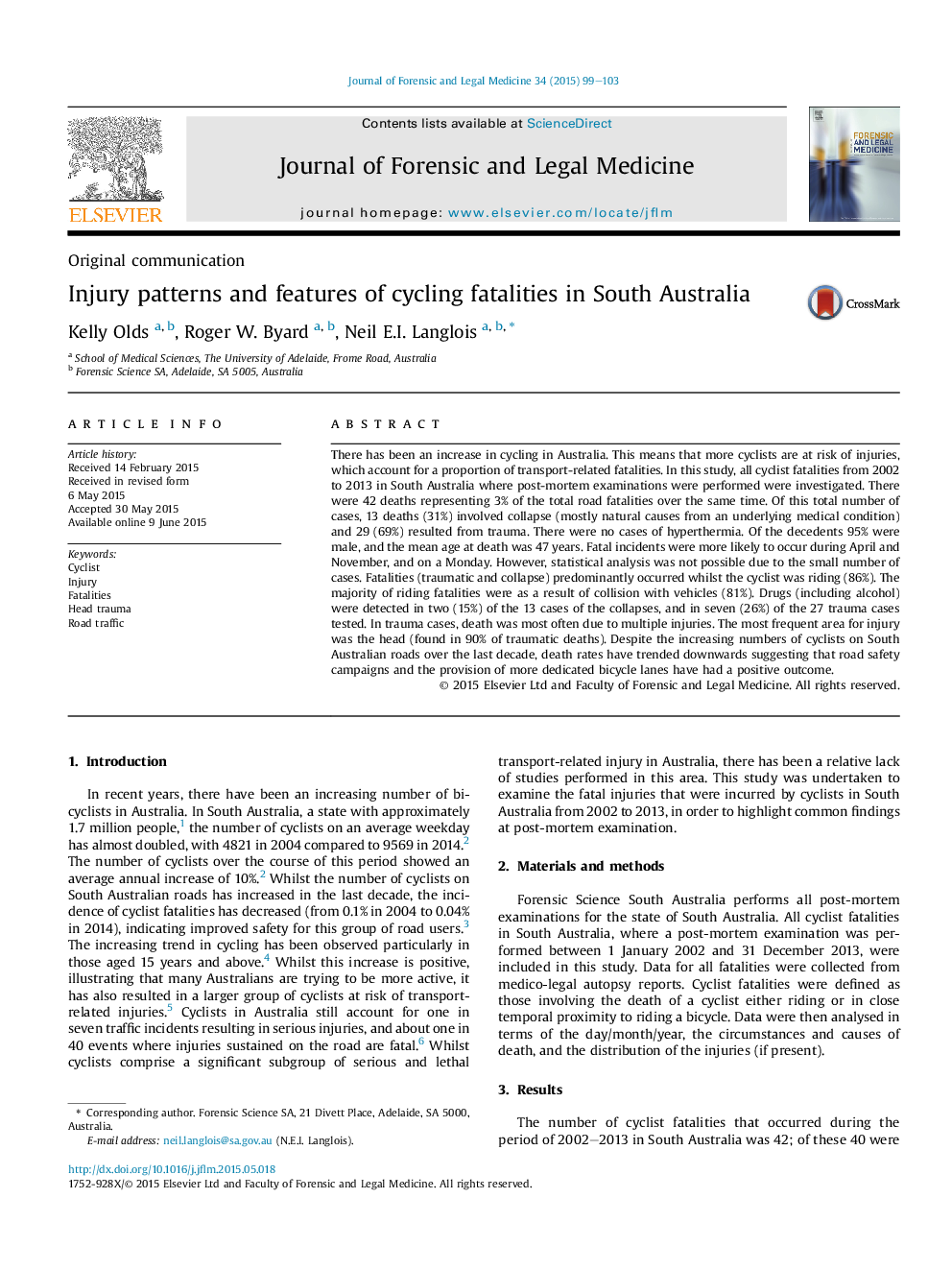 • The number of cyclists in South Australia roughly doubled during the study period 2002–2013.
• The number of cyclist deaths per year remained roughly constant.
• Deaths were categorized as due to trauma or due to collapse associated with cycling.
• Most riding fatalities resulted from collision with vehicles with death from multiple injuries.
• Of natural deaths, ischaemic heart disease was the most common cause.

There has been an increase in cycling in Australia. This means that more cyclists are at risk of injuries, which account for a proportion of transport-related fatalities. In this study, all cyclist fatalities from 2002 to 2013 in South Australia where post-mortem examinations were performed were investigated. There were 42 deaths representing 3% of the total road fatalities over the same time. Of this total number of cases, 13 deaths (31%) involved collapse (mostly natural causes from an underlying medical condition) and 29 (69%) resulted from trauma. There were no cases of hyperthermia. Of the decedents 95% were male, and the mean age at death was 47 years. Fatal incidents were more likely to occur during April and November, and on a Monday. However, statistical analysis was not possible due to the small number of cases. Fatalities (traumatic and collapse) predominantly occurred whilst the cyclist was riding (86%). The majority of riding fatalities were as a result of collision with vehicles (81%). Drugs (including alcohol) were detected in two (15%) of the 13 cases of the collapses, and in seven (26%) of the 27 trauma cases tested. In trauma cases, death was most often due to multiple injuries. The most frequent area for injury was the head (found in 90% of traumatic deaths). Despite the increasing numbers of cyclists on South Australian roads over the last decade, death rates have trended downwards suggesting that road safety campaigns and the provision of more dedicated bicycle lanes have had a positive outcome.