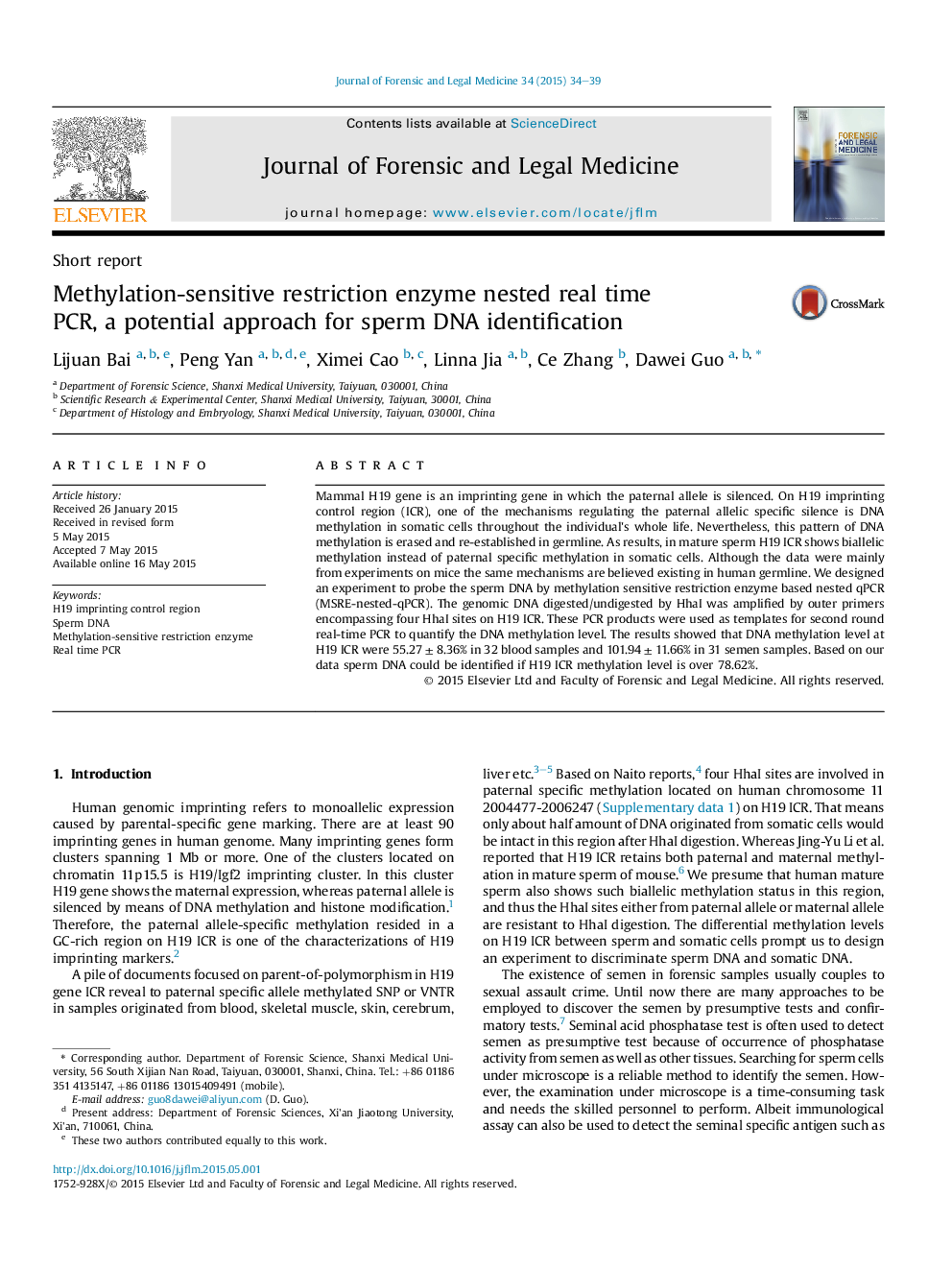 Mammal H19 gene is an imprinting gene in which the paternal allele is silenced. On H19 imprinting control region (ICR), one of the mechanisms regulating the paternal allelic specific silence is DNA methylation in somatic cells throughout the individual's whole life. Nevertheless, this pattern of DNA methylation is erased and re-established in germline. As results, in mature sperm H19 ICR shows biallelic methylation instead of paternal specific methylation in somatic cells. Although the data were mainly from experiments on mice the same mechanisms are believed existing in human germline. We designed an experiment to probe the sperm DNA by methylation sensitive restriction enzyme based nested qPCR (MSRE-nested-qPCR). The genomic DNA digested/undigested by HhaI was amplified by outer primers encompassing four HhaI sites on H19 ICR. These PCR products were used as templates for second round real-time PCR to quantify the DNA methylation level. The results showed that DNA methylation level at H19 ICR were 55.27 ± 8.36% in 32 blood samples and 101.94 ± 11.66% in 31 semen samples. Based on our data sperm DNA could be identified if H19 ICR methylation level is over 78.62%.